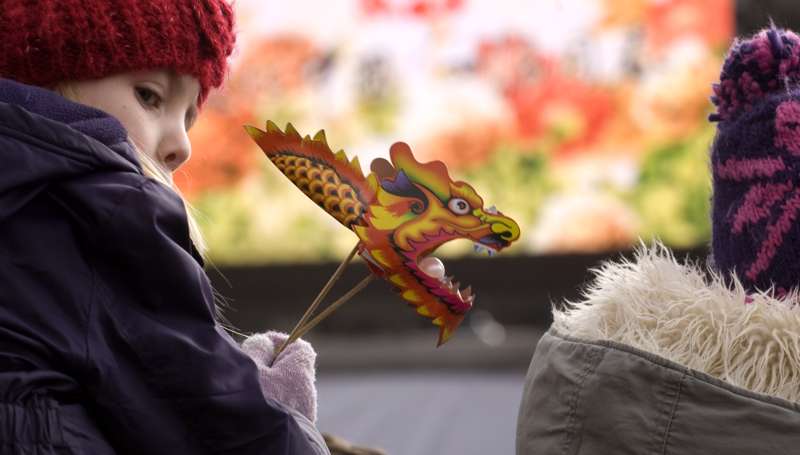 Year of the Snake

Time was that Chinese New Year in London was a relatively small affair, confined to Chinatown and attended by, er, a few Chinese people. However, the past twenty years or so have seen a huge upsurge of interest in what is by far the largest and most important Chinese annual celebration, and nowadays London's Chinese New Year celebrations are the largest outside of Asia, attracting a couple of hundred thousand people onto the streets of Chinatown and its latter-day starting-place on Trafalgar Square. For sure Hong Kong remains maybe the best place to celebrate Chinese New Year, along perhaps with Singapore. But if you can't get to either you could do worse than wash up in London. Also known as 'Spring Festival', it's in any case a great opportunity to get out on the streets and celebrate the fact that winter is almost over. And of course it is a great event for families.

On Sunday February 10 we say goodbye to the Year of the Dragon (confident, enterprising, occasionally boastful folk, since you ask) and hello to the Year of the Snake – an auspicious twelve months for the introspective, gentle people who are fortunate enough to be born under this sign. In London, everything kicks off in Trafalgar Square at 10am, when the main parade leaves to make its way to Chinatown a little way north, ending up at 11am in Rupert Street.  There are floats, the inevitable dragon costumes, lions and dancers, and, from noon on the main Trafalgar Square stage, acrobatics and music, including a set by London-based Hong Kong singer songwriter Emmy the Great . This year there's also a giant participatory Gangnam-style dance event (yes, we know it's Korean...), and everything reaches a giant crescendo with what is usually a terrific firework display after dark at 6pm. It's great to watch the parade, and frankly hard to imagine you wouldn't want to join in the Gangnam-style dancing, but even if you don't, Chinatown is a sea of stalls that make for some very happy browsing – not to mention eating, which is of course itself a very big part of Chinese New Year. In case you're wondering, it's traditional to eat fish (for good luck) or chicken (for prosperity), or classic fat choi stew, but there's such a range of street food on sale you won't go hungry. And if you can't make it down to London, don't despair: there are also Chinese New Year celebrations in Manchester, Liverpool, Newcastle, Birmingham and Bristol.