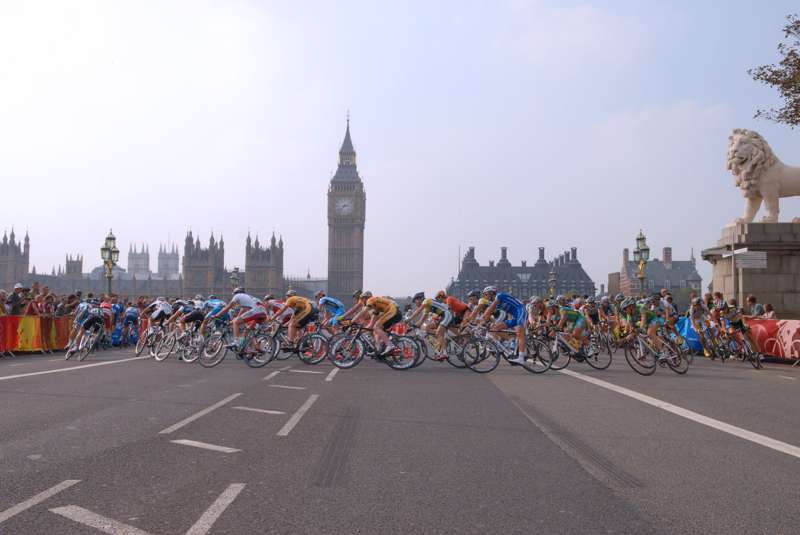 If the Mayor of London Boris Johnson leaves any kind of legacy, it will be one with two wheels. For, love him or loathe him, Boris is the keenest bloke-on-a-bike the capital has ever had as mayor, and as a result he has probably done more than anyone to encourage cycling in London: not just with his famous Boris Bikes and proposed network of biking superhighways, but now with his latest cycling wheeze, RideLondon  – a two-day festival of cycling that is due to take over the city over the weekend of August 3 and 4.

An attempt to replicate the success of the London Marathon, and sponsored by the Prudential, RideLondon is made up of several different events that will appeal to bike enthusiasts of all standards and inclinations. Its most serious component, the London–Surrey Classic and 100, aims to be the largest charity biking event in the world. But it's a serious cycle race too, and a chance for keen amateurs to test their mettle on the same 100-mile-long course as the professionals – and coming hard on the heels of the Tour de France, it should have no shortage of takers. It starts between 6am and 8am on Sunday 4 August, and the route runs from the Olympic Park in Stratford, west through central London and down into Surrey, around Box Hill and back into London via Kingston and Wimbledon, finishing up – where else? – on The Mall.

If that sounds kind of scary, Saturday's FreeCycle route is the painless alternative, and really the showpiece event of the weekend – a leisurely 8-mile amble around the centre of town taking in London's most iconic sights, from Tower Bridge in the east and Green Park in the west and lots of places in between. It's expected to draw around 50,000 people – not only for the ride, but for the entertainment and activities that will be taking place along the way. Finally there will also be a spectator event in central London – the RideLondon Grand Prix, where you'll be able to see the stars of British women's cycling zipping around a 1.3 mile route around St James's Park from 5pm on the Saturday evening.

If you can't get enough of bikes, then there's also the RideLondon bike show, which will be held at Excel from Friday until Sunday, and which will incorporate the Prudential Stage, dispensing all kinds of cycling advice and wisdom, along with stands of all the major manufacturers, cycling media and international events. More information is available, including the charities you can ride to raise money for, from the Prudential RideLondon website.