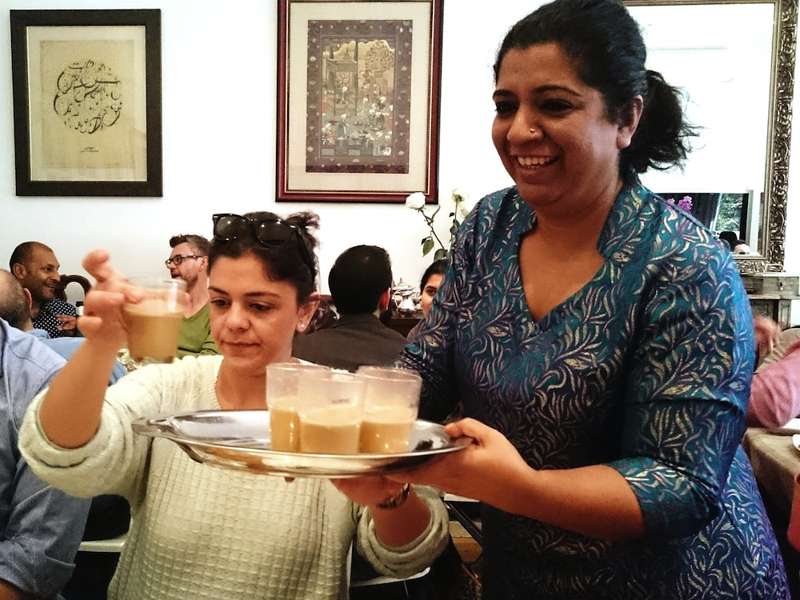 The Most Famous Butcher in the World was in London the other weekend and I ate his tendons.

To be precise, they were slow-cooked to a soft, smokey gel for a dish in a feast hosted by The Towpath in Dalston, in honour of Dario Ceccini.  Owner of a world-famous butcher’s shop and restaurant in Tuscany championing humble offcuts, as well as majestic steaks, Ceccini and his American wife Kim joined 40 or so diners gathered at communal tables. We ate and talked as lights twinkled on the canal and the moorhens squawked.

Such one-off events are now one of the most interesting ways to eat out in London.

But how to find out about such meals?  The Towpath has a few such sporadic events during its season (from the first Tuesday in March to the Sunday after Bonfire Night) but these are usually just marked up on a blackboard or spread through word-of-mouth by regulars.

One way to find one-offs is to keep your eyes open at your local venues and follow those on Twitter. Another is a great website, Edible Experiences, which was initially set up in 2011 to pool information about cooking classes and then quickly followed – and fostered – the new trend for off-piste dining and now gathers together all sorts of disparate London foodie events. Run by WenLin Soh, originally from Singapore, and Amir Shamsuddin, UK-born with family in south India, it is especially strong on London’s many-cultured food scene and can point the way to perhaps as many as 50 foodie events in a single weekend.

WenLin is struck by how the scene has gone more mainstream since they started. “At the beginning, if you wanted to go to an event, you almost had to write an email describing yourself to your host. You had to be cool enough as a guest to go.”, she jokes. “Now it’s become a way to showcase the food from wherever the cooks are from around the world and a bit less about being cool and underground.”

Many diners go for a meal then sign up to a cooking class from the same cuisine so they can make the dishes at home, says WenLin. Edible Experiences has an emerging trade in gift vouchers. Hipsters are taking their parents on East End dining adventures and parents are giving their offspring eating-out treats and classes. And hey, some of these places aren't even in east London! For example Asma Khan's ultra-convivial Kensington dinners as Darjeeling Express and the quest of Two Hungry Girls to bring authentic Chinese cuisine to the wilds of north London.

At the start, pop-ups and supper clubs were often frequented by those with contacts in the food world. They then came to be seen as young and hip. But food-lovers of all kinds can now appreciate eating out in a way that can be a fresher, more welcoming and better value experience than conventional restaurant dining.  Especially if it means an authentic way to eat your way around the world without even leaving the city.

It's a trend I have been greedily following myself, and I'll be continuing to seek out the best new places, both in this column and elsewhere, so the next time you're feeling hungry, check in here first.

Hattie Ellis is a food writer and enthusiast and the author of more than ten books on all sorts of delicious subjects, from honey – her latest – to the fabulous food of the British Isles. Find out more about her here and follow her culinary adventures as @HattieEllis here. Thanks to Scott MacSween and Edible Experiences for the photos.