Few areas of London support the old cliché that this is a city of villages like these adjacent residential districts. Both existed as rural settlements – Highgate as a hilltop village astride the Great North Road, Crouch End as a farming village – until the metropolis finally caught up with them via new rail routes in the 1890s. Even now, they feel distinct from the city’s hullaballoo. Locals moan about the influx of chains, yet Highgate remains a villagey, almost Home Counties-like corner of north London whose Georgian bone structure and proximity to Hampstead Heath attract a moneyed, conservative (small C) set. Crouch End is younger, buzzier, and cheaper, a gentrified small town stuffed with independent shops, cafés, young families and creative types. If it looks a little bit familiar, it's because it served as the set for local resident Simon Pegg’s zombie caper Shaun of the Dead.

Independent and informal are the watchwords of dining and drinking in Highgate and Crouch End. Yes, the cafe mega-chains have colonised prime retail space on the high streets, but small characterful cafes like The Haberdashery or snug eateries like Bistro Aix or Banners' abound in Crouch End, while Highgate has some excellent gastropubs that cater to its smarter, moneyed residents; names like St John's Tavern, the Red Lion & Sun or the Bull & Last beside Hampstead Heath. Any of the latter are a good option for a quiet night's boozing; for rock 'n' roll attitude (and even the occasional big-name band playing a secret gig) head to The Boogaloo. 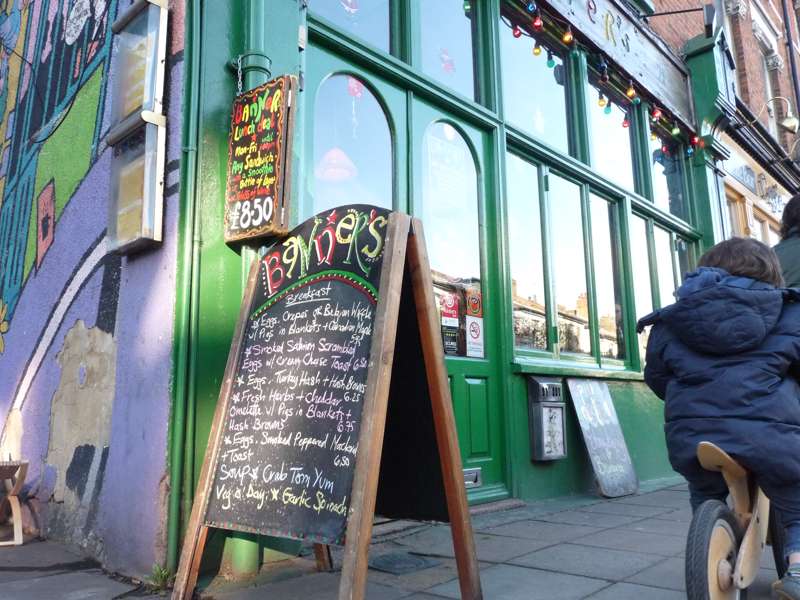 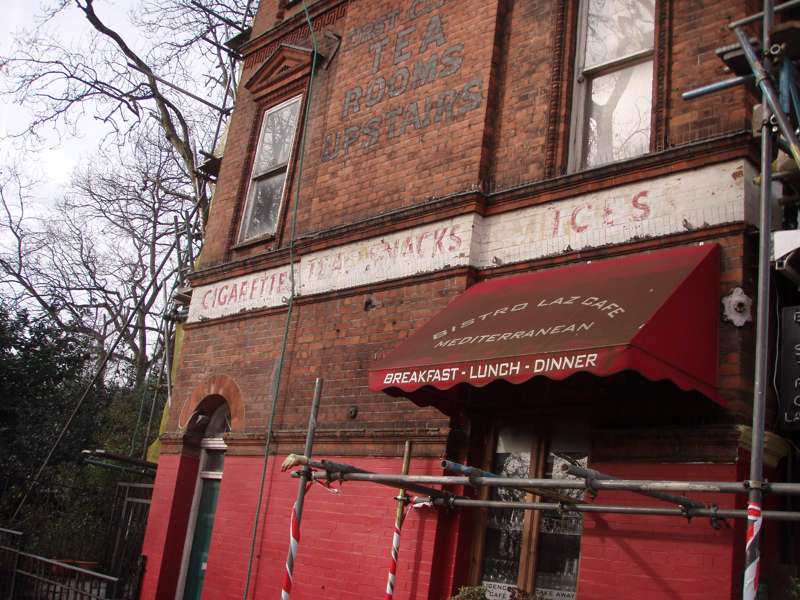 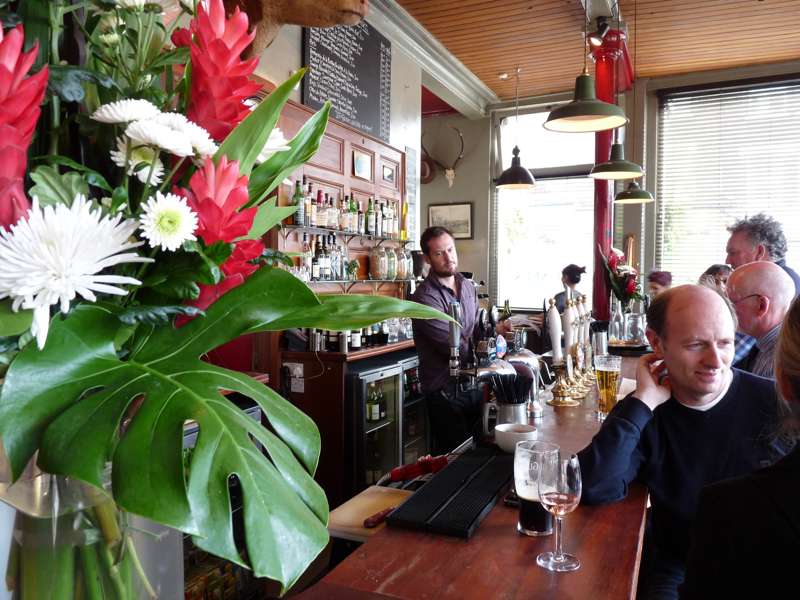 Terrific gastropub, just by the Heath, perfect for people and dogs 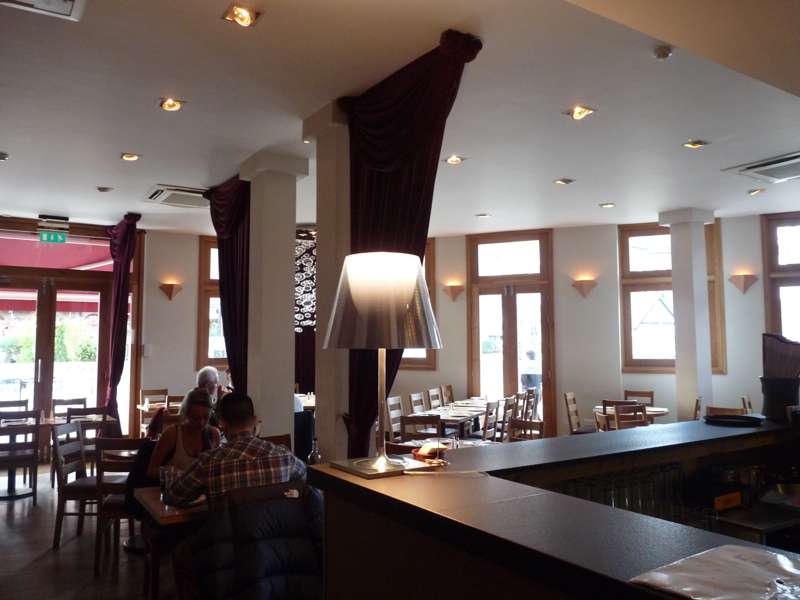 Cypriot cooking to suit all pockets 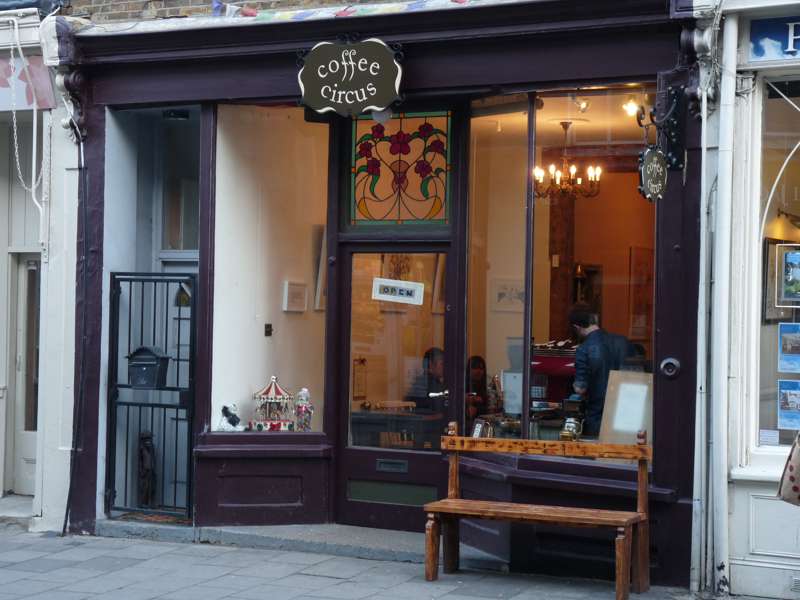 No clowning about by this cosy cafe 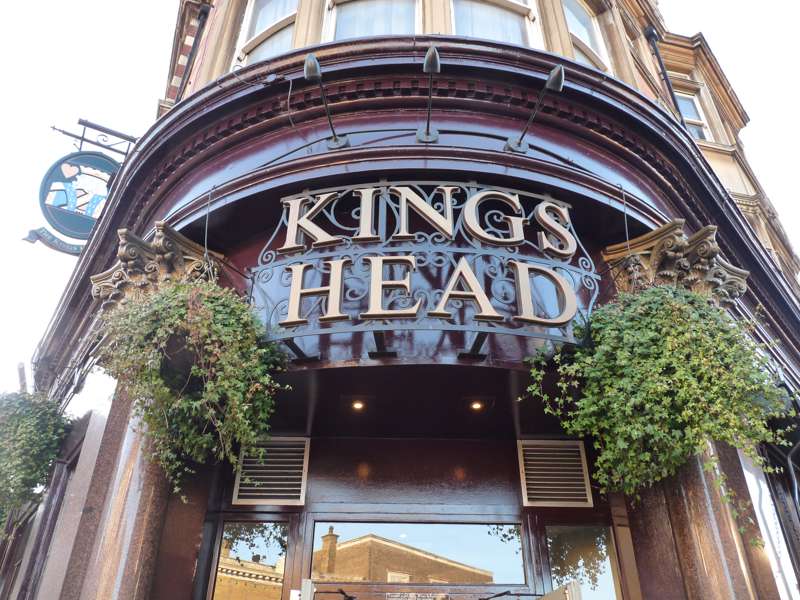 Downstairs at the King’s Head

‘The best comedy club ever,’ said Sean Lock of this Crouch End venue 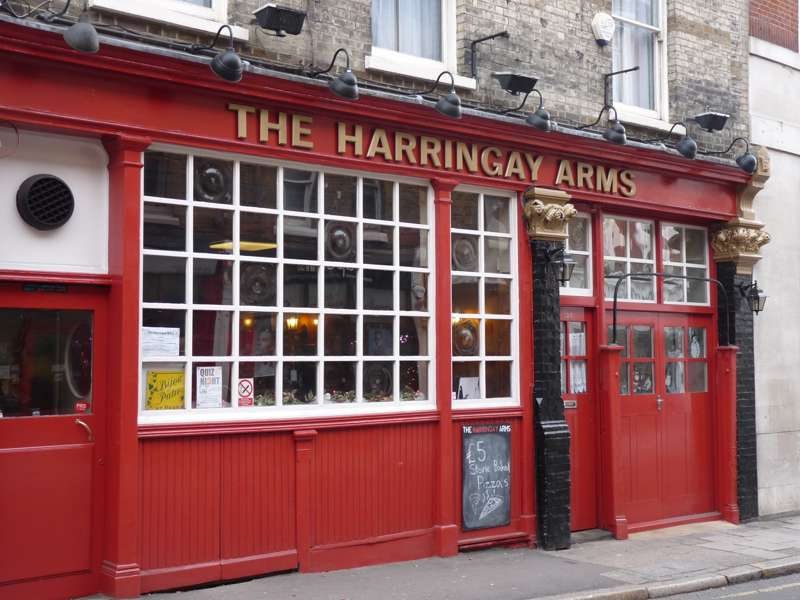 A long-established Crouch End watering-hole, but new management have made attempts to woo a younger hipster crowd 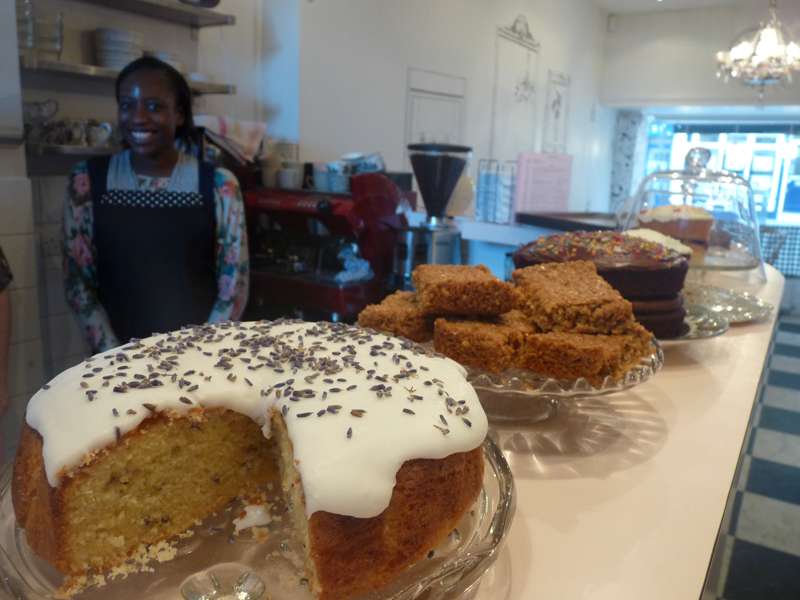 Everyone from arty students to pensioners has embraced this cute newcomer 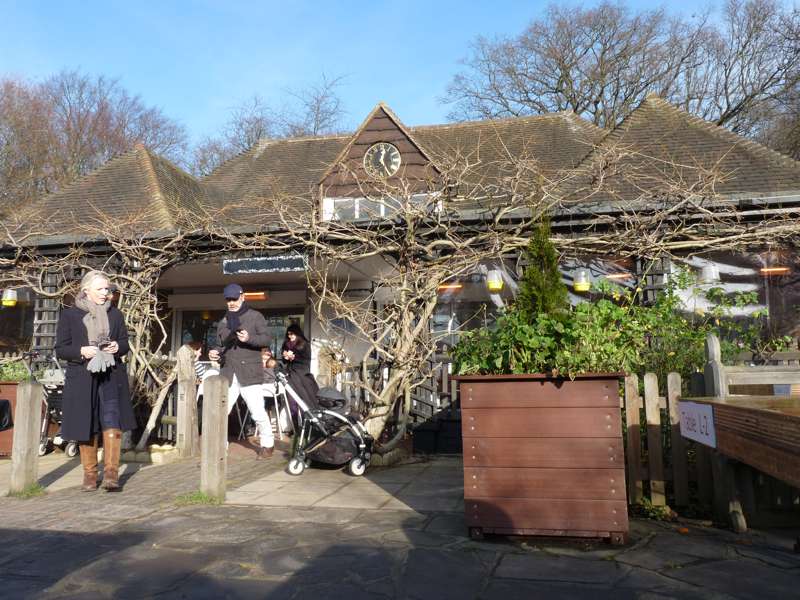 A small slice of the country in the city, outdoors dining amidst ancient forest 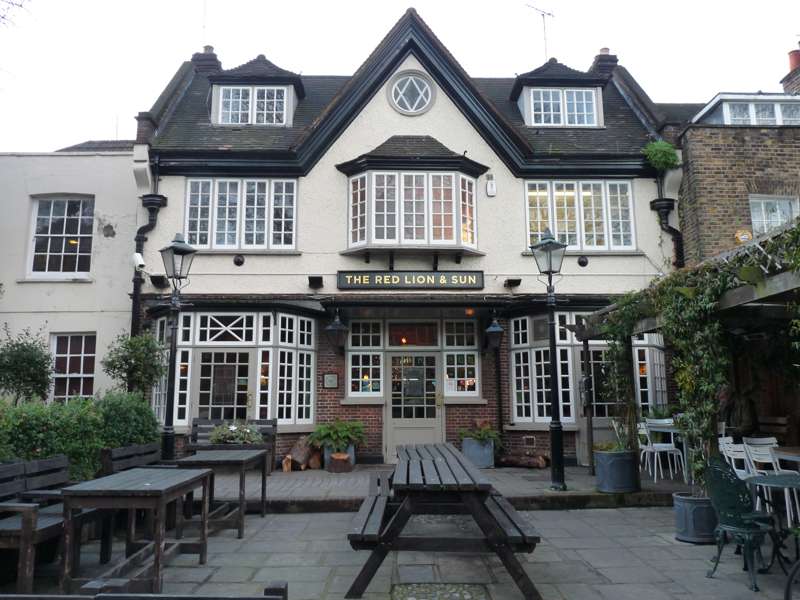 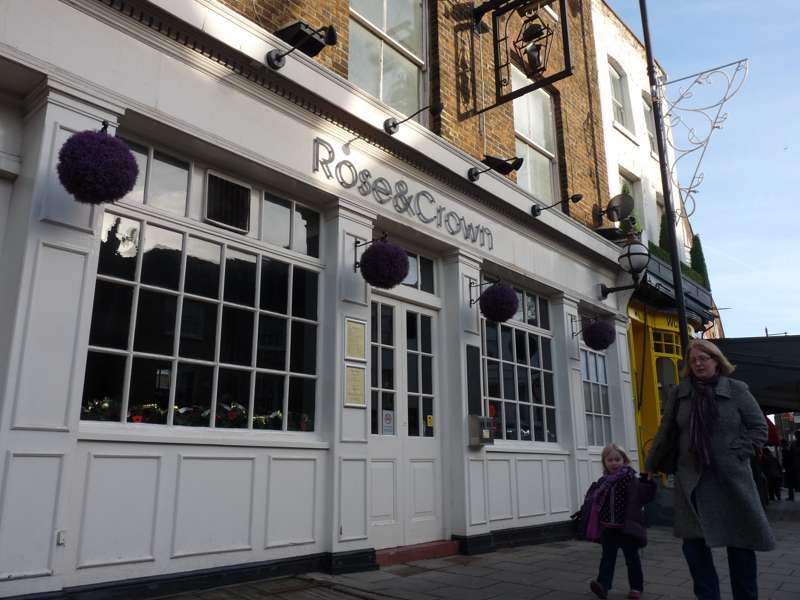 This is the place for a bit of Highgate posh 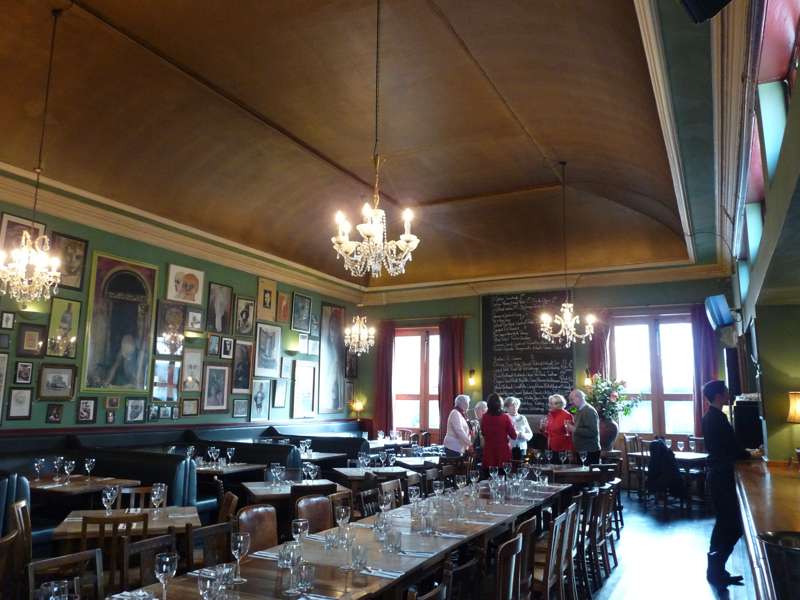 For sheer theatricality, every restaurant in the area pales beside this Archway gastro-pub 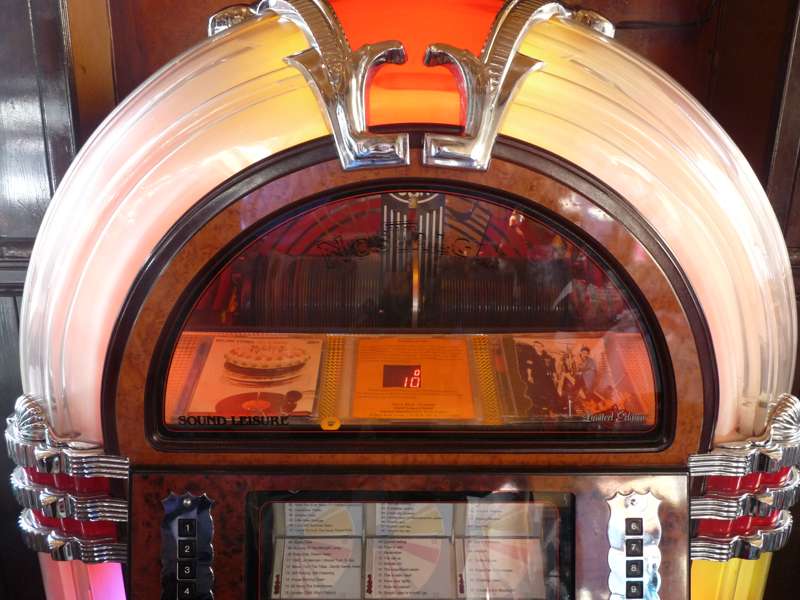 The jukebox of this Highgate pub has impeccable credentials 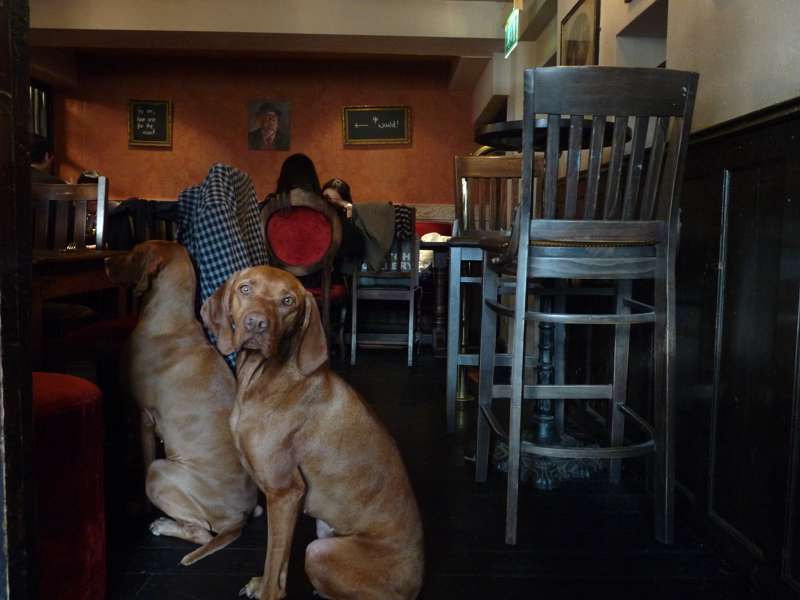 Highgate is at its most villagey in and around this historic pub. 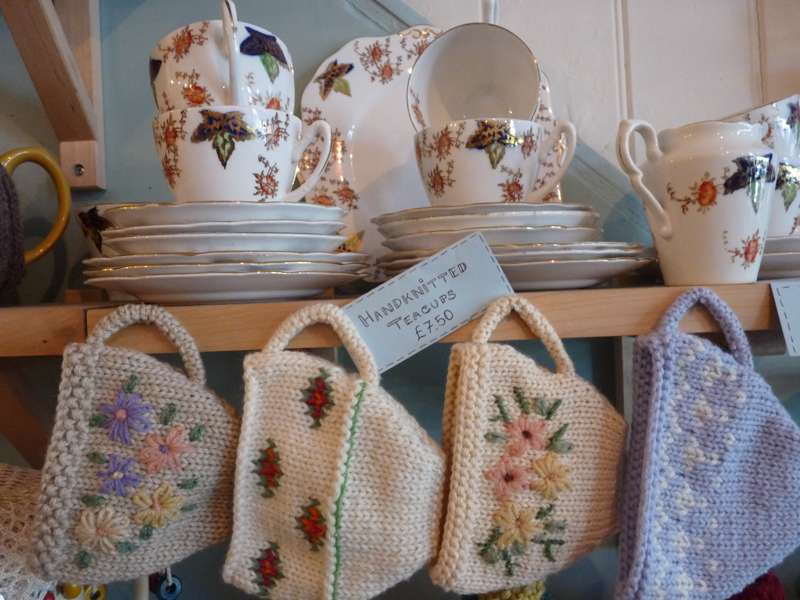 Crouch End prides itself on its village character, and this cute side-street café has it in spades 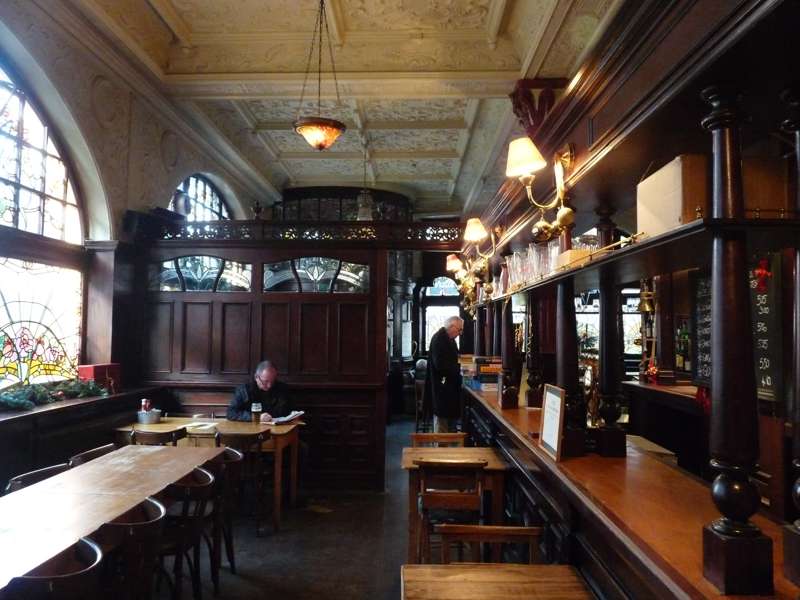 Once more the most splendid late-Victorian pub in the area 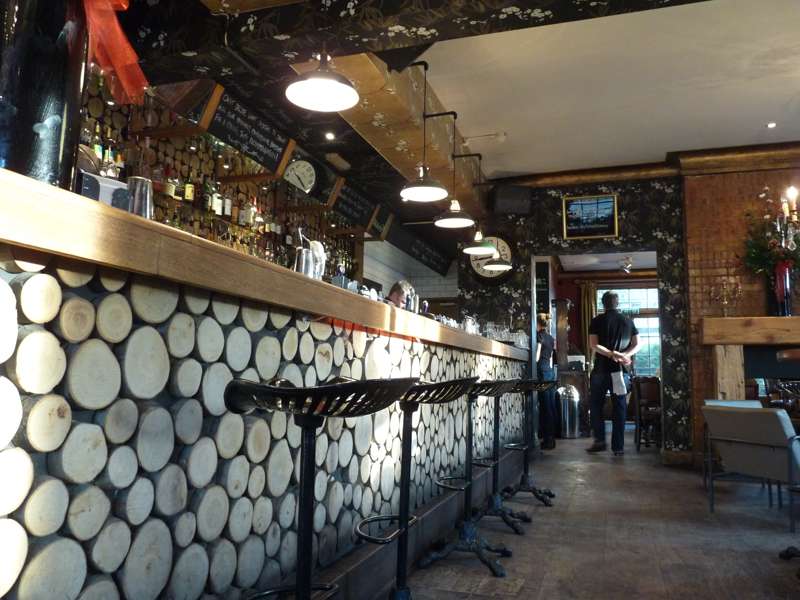 A gastro-pub for the cocktail classes

Who'd have thought Crouch End could be a shopping destination? Locals like to boast they can find everything they need here, and alongside the weekly shop, well-heeled locals enjoy a surprising number of independent boutiques brimming with unique finds. Upmarket bohemia is a particular speciality. Little Paris and Floral Hall antiques centre will delight Francophiles while opposite long-standing interiors outlet Of Special Interest specialises in charming painted antiques. Completing the interesting options on Park Street is Jealous Gallery. Highgate is notable for two niche outlets on Archway Road: come here for rare guitars and vintage children's books. 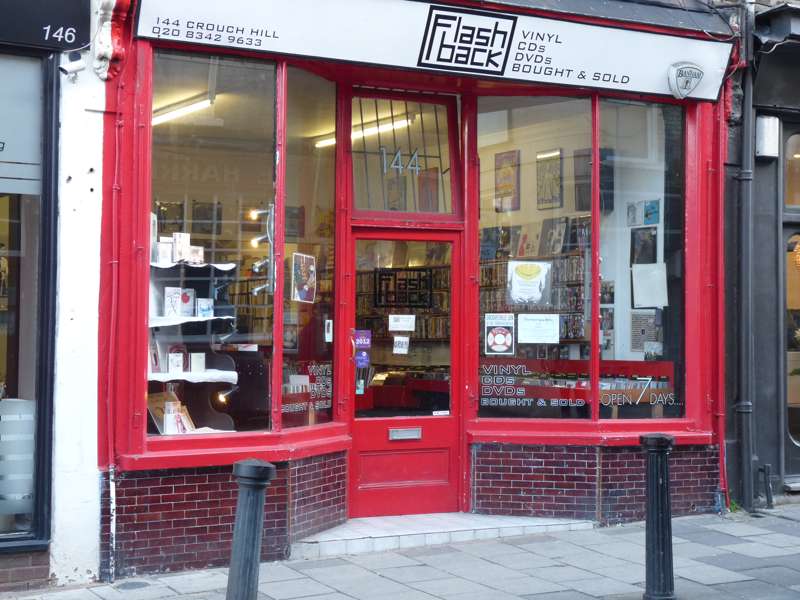 Everything from Clapton to Krautrock, Funkadelic to folk 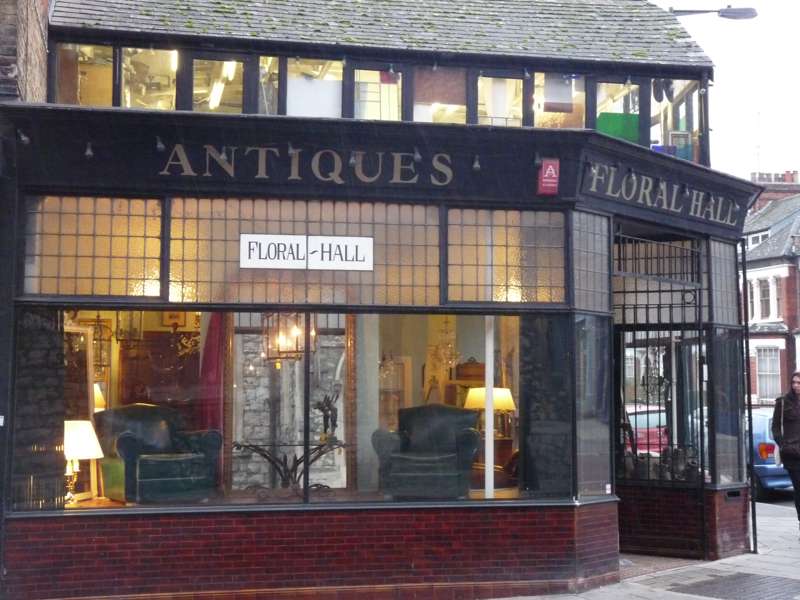 Shop for faded French glamour at Floral Hall, a fixture in Crouch End for as long as anyone can remember 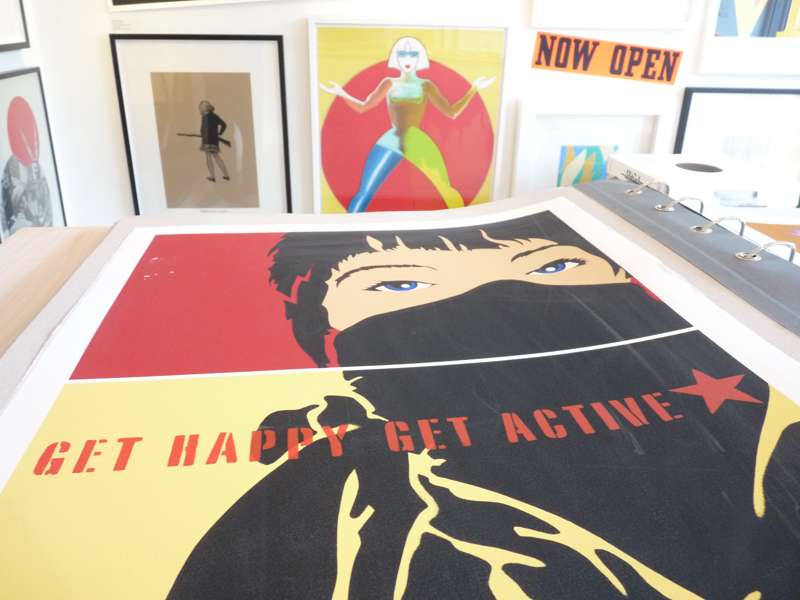 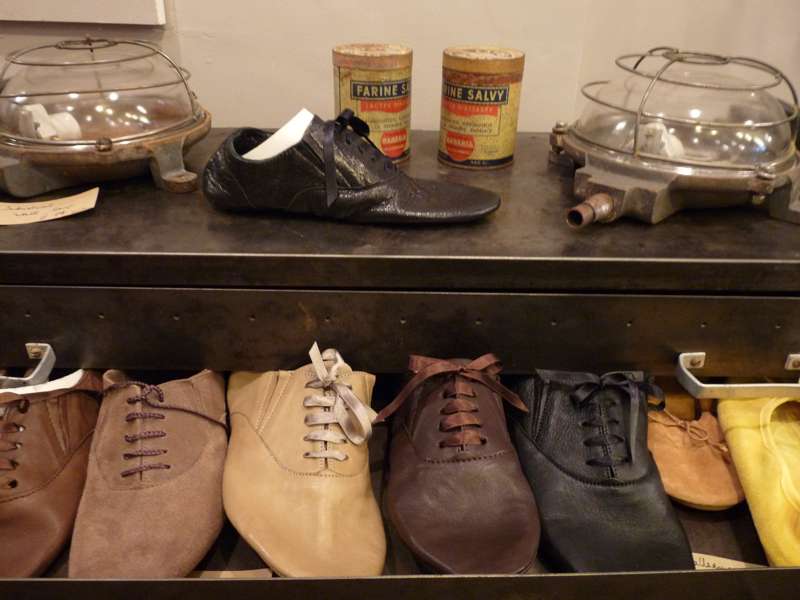 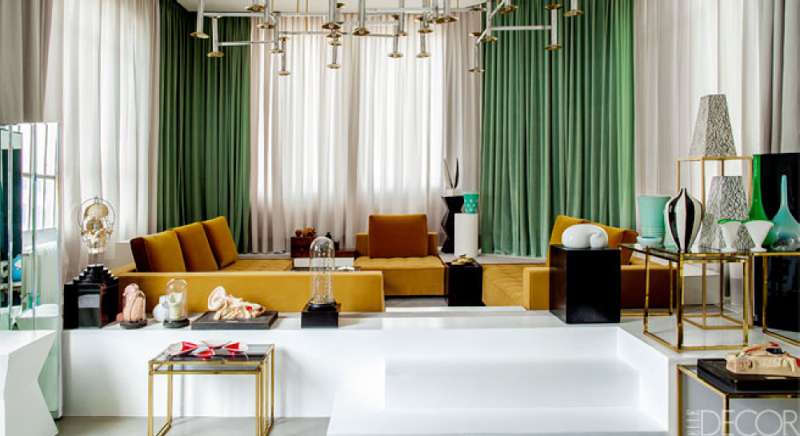 A very cool vintage and retro shop clothes shop Painted Black, it sells mens and women's clothes from the 1930's... 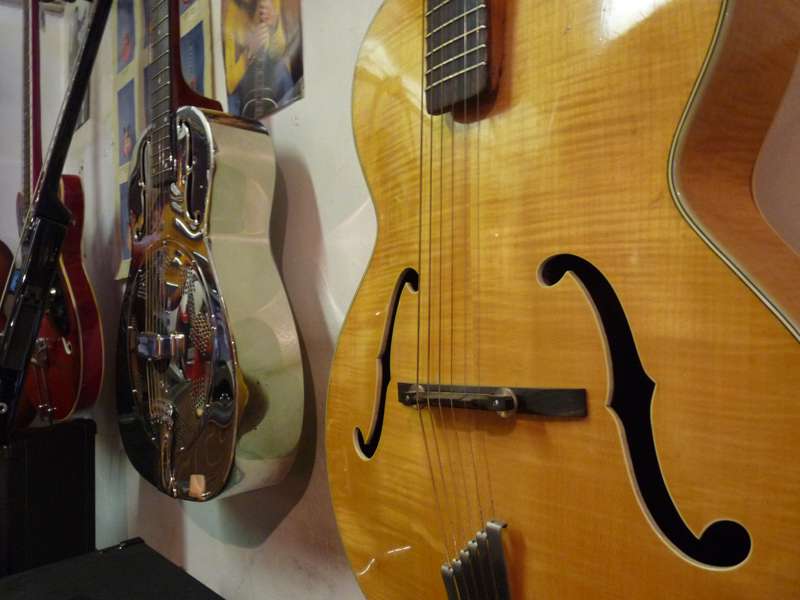 Anything with strings on

These gentrified residential areas are locals' London par excellence. While tourists crowd Camden, Highgate and Crouch End are left in peace by most visitors making them ideal places in which to sample the everyday life of the metropolis' villages; cafes, bars, a spot of shopping perhaps. Yet the two true sights of the area are genuine must-sees of any visit to London. Highgate Cemetery is arguably the finest Victorian graveyard in Britain and certainly the creepiest on its west side; the east boasts the more famous stiffs, notably Karl Marx. Combine it with lunch then a walk across bucolic Hampstead Heath to Kenwood House, a Georgian mansion of Old Masters and a splendid cafe for afternoon tea, and you have the perfect Highgate day. Other options for a stroll are Queens Wood and Parkland Walk. 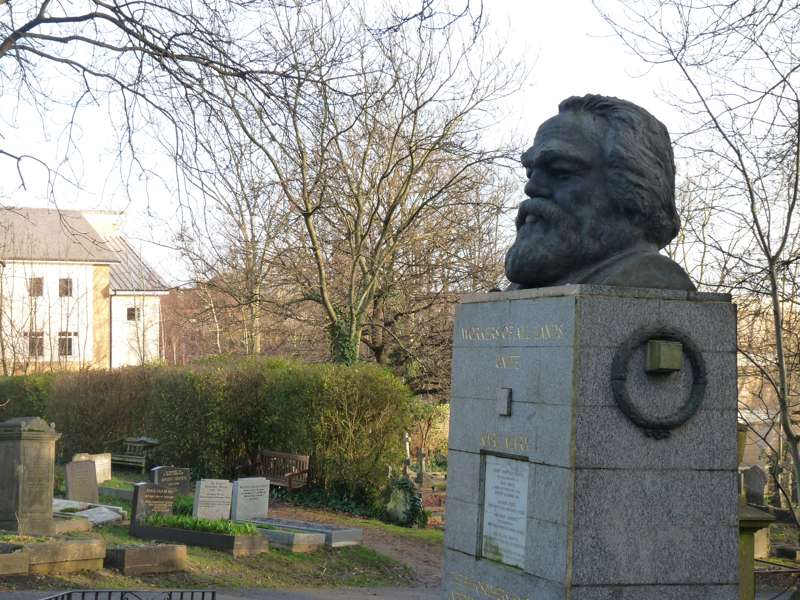 Highgate Cemetery East lets you explore at your own pace through some of the most famous graves in London. 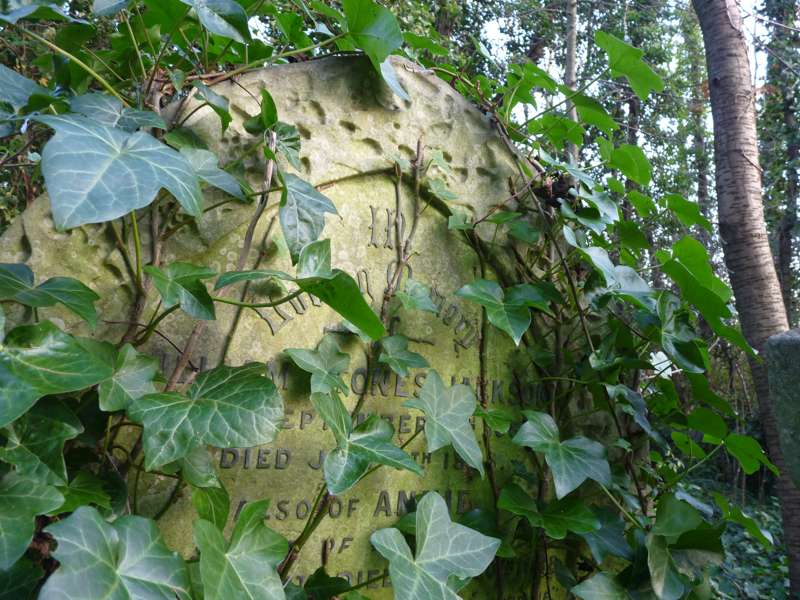 West of Swain’s Lane, Highgate Cemetery lives up to its billing as the spookiest burial ground in the country 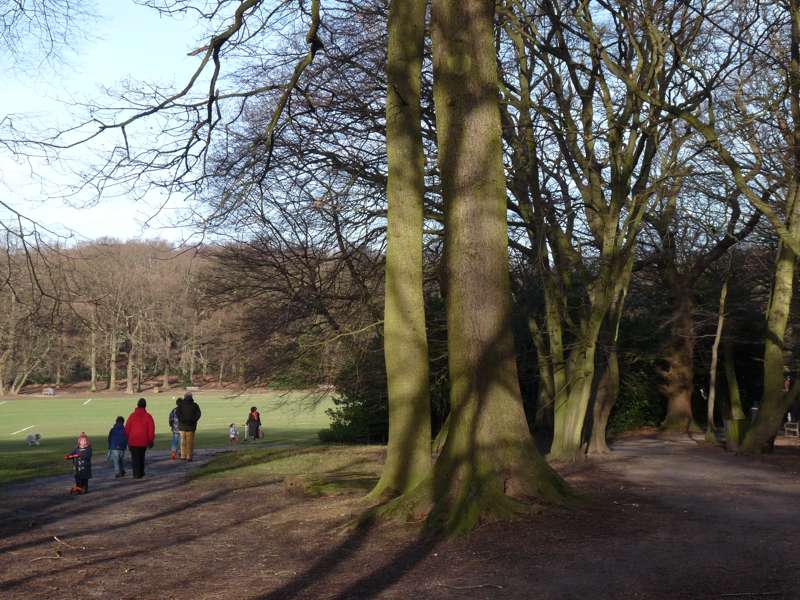 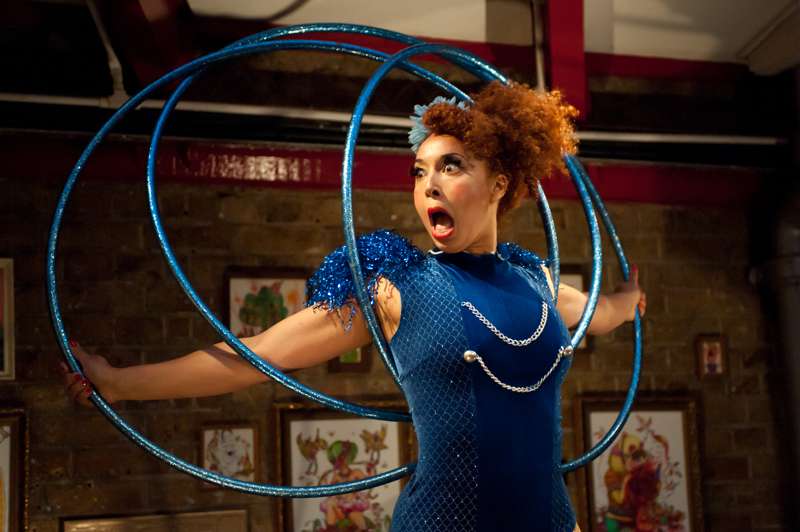 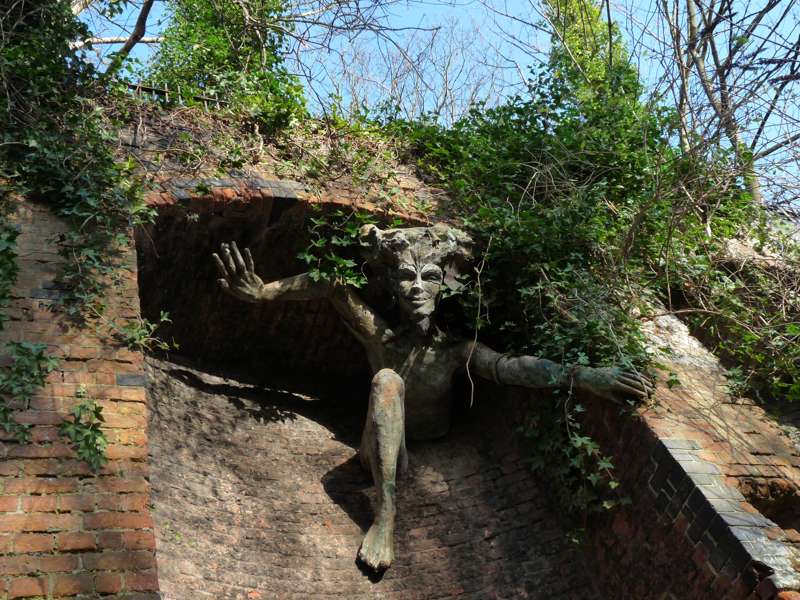 A narrow strip of woods and meadows that is home to 22 species of butterfly, hedgehogs, slow-worms and foxes

Residential by character and off the traditional tourist trail, Highgate and Crouch End are hardly stuffed with options for overnight tourist accommodation. Your only options should you really want to stay the night are small cheap bed and breakfast joints on the major roads - most occupied by long-term residents and few particularly appealing. Far better is to base yourself in more central districts nearby; areas such as Islington or Camden, location of the boutique hotel included here. Both are ten minutes from Highgate by underground and far better for nightlife.