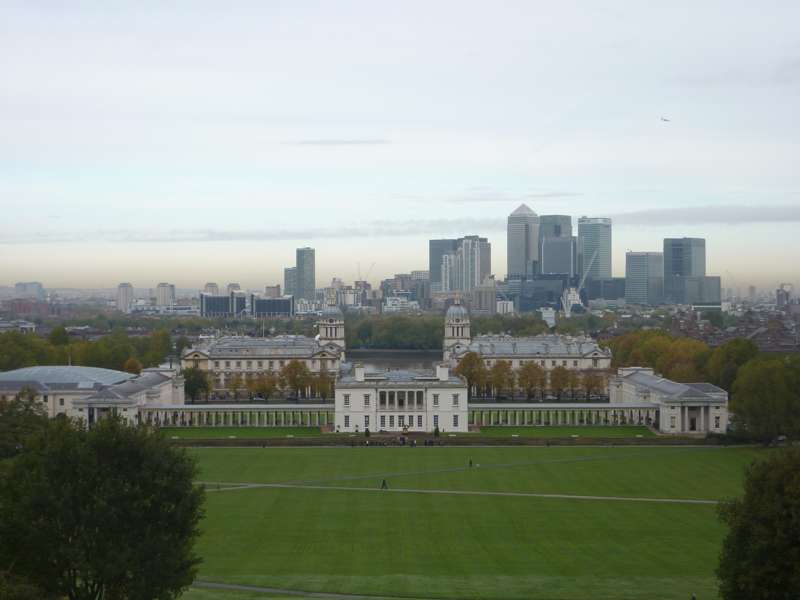 Greenwich is special. It is in London, yet parts can feel like a village in the country. It is steeped in history, yet has some of  the most contemporary tourist attractions in London in the 02 and the cable cars that cross the river. Henry VIII exercised his dogs on the Isle of Dogs side of the river and hunted for deer in Greenwich Park, and its Royal Park is home to ancient oak trees, the Royal Observatory and the Meridian line, and famous Wren twin-domed Royal Naval College,  Maritime Museum and Queen’s House form an architectural ensemble that has been called London's Versailles.

But these are not the things that make Greenwich special for me, nor the reason I made it the setting for my first and second books, Tideline and  The Darkening Hour. The area has a place in my heart even though I don’t live there any more. It  symbolizes for me childhood, adolescence, and those first forays into adult life that felt charged and illicit. It has foot tunnels and hills, dimly lit pubs and hidden alleys, and of course the river, with its constantly ebbing and flowing tide. Below are some of the places I love to visit when I go back – places I loved as a child, but which have become a lot more cool since I left…

We have ten free copies of Penny Hancock's latest thriller The Darkening Hour to give away to lucky Cool Places users.  For your chance of winning, just sign up to the Cool Places website here.  If you've signed up already, get a friend or family member to. The winner will be picked at random on December 2.  Good Luck! (Please read the full T&C's before entering).

The best way to visit Greenwich by far is by boat. You can take the Thames Clipper from several central London locations. There is a bar on the boat, so you can relax with a drink or a coffee as you watch London from the inside slide past. You get a fantastic view of Greenwich on the approach.

No, not the famous tea clipper, but the pub. As a child we were often taken here because it had an outdoor area overlooking the river where we could be left while our parents disappeared inside to buy beer. Some of my earliest memories are of sitting on the wall, daring my brothers to dangle their feet over long drop down to the river when the tide was out, watching Thames sailing barges glide past, and shivering while our parents fetched packets of crisps,. Several renovations on, it has recently reinvented itself as a sympathetically restored gastro pub with a fabulous menu, woodburning stoves, squashy leather sofas, stripped wood chairs with cushions as well as a smarter upstairs dining area. The Crow’s Nest, a cosy room on the third floor affords spectacular views down river through its large bow window and can be hired for private functions. Plus they provide blankets for sitting outside. I would have loved that as a child!

Back in the  day the market wasn't up to much, but it has since become a major tourist destination for its beautiful undercover setting and eclectic range of food, clothes, antique and gift stalls, surrounded by independent shops and cafes. The street food stalls here just get better, the mouthwatering aromas of Vietnamese, Caribbean, Brazilian, Italian, Greek and Indian specialities mingle with those of hot dogs and pasties. It is unrecognizable from the days when it was an antiques market over the road on a vacated car park ( now café rouge and a cinema)  where I once made a attempt to run an antiques stall as a teenager!

This Spanish deli and café in the heart of Greenwich Market serves breakfast and lunch as well as Spanish food and wines and on some days paella too.  So good, too, to drink a cappuccino that actually tastes of coffee rather than hot milk.

There's nothing like a proper pie-and-mash shop and Goddards on King William’s Walk does the business, serving not a lot more than pie and mash (with liquor and vinegar) and hot jellied eels. The clientele is predominantly old Greenwich, which is a sure sign it is coming  up with the goods.

Deptford Market couldn't be less like Greenwich if tried. It's a proper London street market, open on Wednesdays and Saturdays, selling cheap clothes and shoes, household essentials and fruit and veg –  everything you might need at less than half the price, including the odd fake designer watch. Careful, though: even Deptford is becoming gentrified...

This Deptford greasy spoon deserves a special mention for its fab breakfasts, excellent coffee and great doorsteps of marmite toast.  I spent many hours in here writing up notes on The Darkening Hour and highly recommend it.

Deptford has a history of deviance, and I drew on this in The Darkening Hour, specifically the Church of St Nicolas, where Christopher Marlowe – who was famously murdered in the area – is reputed to be buried. Beyond the macabre skulls on its gates are some magnificent wood carvings by Grinling Gibbons, whose illustration of Ezekiel 37. 4 from the Bible ('Oh Ye Dry Bones') is as macabre and disturbing as any horror movie.