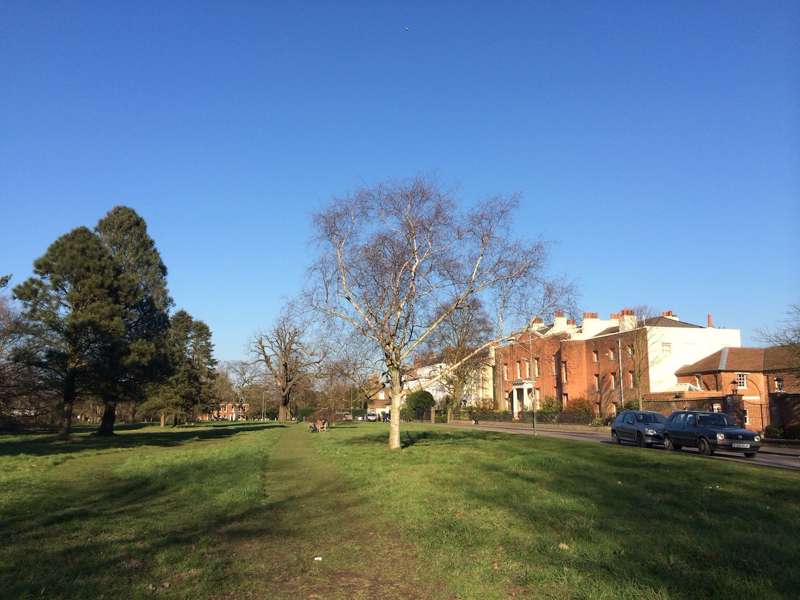 I’ve lived in London for years and figured I knew it well. But, if I’m honest, I only really know the central part and my local suburb. All those other places that other people lived in barely registered – what could possibly be out there that’s of interest?

Well, it turns out, quite a lot. I’ve recently started walking the London LOOP and it’s quite an education. The route runs for 150 miles around the edge of the city and is divided into 15 roughly equal one-day chunks, starting and ending at tube and train stations. In theory, this makes accessing it easy – it also makes getting to grips with TfL my new specialist subject.

The Loop is clearly waymarked and the paths are largely well-used, making them suitable for anyone with a pair of walking boots to tackle. At the start of this year there’s been a little too much squidging through the mud but now that the sun’s out those green spaces the Loop links together have become ideal walking territory.

The sprawling suburbs of London reach for miles in all directions and sometimes it is easy to imagine that everywhere within the M25 has been concreted over.  Not true! London is Europe’s largest city, but it is also one of its greenest, even more so if  you head a few miles out of the city, where in fact you are more likely to find an ancient woodland, hidden lake or stretch of rolling farmland than you are a housing estate or a motorway junction. In fact, there is a continuous green ring around London – and it is home to one of the best walks I have been on, the London Outer Orbital Path, or ‘London LOOP for short.

The London LOOP is perhaps the country’s least-known long-distance footpath, running for 152 miles around London’s edge and is divided into 15 roughly equal one-day chunks, starting and ending at tube and train stations to make accessing it easy. It is clearly waymarked, with round green signs and the paths are largely well-used, making them suitable for anyone with a pair of walking boots to tackle.

I started walking the Loop with section 12, from Cockfosters to Enfield Lock. The closest section to my house, I expected this not to yield many surprises, but in fact I found the guidebook that accompanies the walk (The London Loop by David Sharp) to be packed with anecdotes and interesting facts. I learned that the ancient hunting estate I live on, Enfield Chase, was given in part to George III’s physician for saving his brother’s life and that the house in Trent Park that I have walked past innumerable times was used as an interrogation centre for enemy airmen during World War II.

And that was just on day one. As I ticked off the sections from Moor Park to Elstree and Elstree to Cockfosters I discovered the lake where Gilbert (of Gilbert and Sullivan) mysteriously drowned, and the house where Scottish explorer David Livingstone lived, not to mention dozens of cosy pubs and countless commons, nature reserves and parks that I never knew existed.

You’re never far form civilization of course and there are times when a railway line or busy road must be crossed. I have walked alongside the A1 and underneath the M1. I have strolled beside the Metropolitan Line and crossed both the west coast and east coast mainlines to Scotland. In later sections I will pass Heathrow and be stopped in my path by the river Thames, but this is all part of the charm of this route. London lives or dies by its infrastructure, and seeing it close up is a fascinating experience.

Just three sections in and already I feel I know London so much better. The centre of the city may be where the majority of the commerce and culture happens, but the suburbs are where daily life takes shape – and the London Loop quietly passes it all.