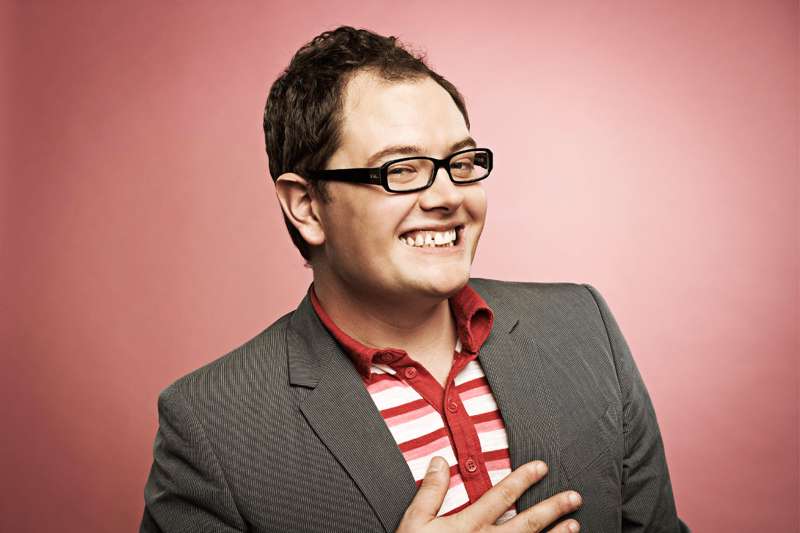 I’m in a dark, windowless room, and a bearded primary school teacher with an Ann Widdecombe fetish is messing with my mind. One moment he’s scorching the senses with top-volume video clips on repeat, the next he’s delivering a hilarious mime on the manipulative power of middle-of-the-road pop. This is three-dimensional comedy at its best – original, cerebral and gut-wrenchingly true.

The man behind the microphone is David Trent, headline act at tonight’s edition of Comic Boom, a simmering stew of fresh talent that steams up the stage at Brighton’s Komedia once a month. The creative force behind it is Jill Edwards, a sought-after comedy coach whose former pupils include Jimmy Carr and Shappi Khorsandi. Thanks in no small part to Edwards’ knack for spotting stand-out new stand-ups, Brighton’s reputation for quality comedy is growing all the time.

But to be honest, there’s always been something funny going on in this happy-go-lucky city. Even before the Prince Regent fell hopelessly in love with it in the early 19th century, Brighton has been a great place to dose up on old-fashioned belly-laughs. Its modern comedy tradition emerged in the 1930s, when local lad Max Miller starred at Brighton’s music halls.

These days, Miller is second only to the Prince Regent as the city’s most celebrated historic figure – he has a statue on New Road, two blue plaques in Kemptown, a city bus with his name on it and a permanent exhibition of memorabilia in Bardsley’s on Baker Street, one of Brighton’s best fish and chip shops. And there’s comedy all over the city, from intimate gigs at cosy clubs such as Upstairs at Three and Ten or Proud Cabaret  to big-name events at Brighton Dome. This autumn, Paul Merton chose The Old Market in Hove as the place to re-heat Out Of My Head, his first solo show in 13 years, before taking it to the West End.

The epicentre of Brighton’s comedy explosion is Komedia, which has hosted just about every pro on the circuit since the mid-1990s. Like the city itself, it’s superbly inclusive, with shows for every taste and pocket. Some Brightonians reckon the Krater Comedy Club, Komedia’s long-running quick-fire weekend show, is much like West Street after closing time or the Palace of Fun on the pier: best left to stags, hens and tourists who don’t know any better. But when compère Stephen Grant is on form, it’s a hilarious place to be; Grant, an ardent Albion supporter, tackles hecklers with Premier League skill, and the crowd, high on lager, cocktails and cheesy nachos, laps up every gag.

When October swings around, the whole city becomes comedy central. This year – its 11th – the Brighton Comedy Festival  crams over 60 shows into its 16-night run, kicking off with a gala hosted by Alan Carr and continuing with a starry line-up featuring Ross Noble, Jack Dee, Dara O’Briain, Alexei Sayle and several Foster’s Edinburgh Comedy Award Nominees. Also on the bill is Daniel Simonsen, the fabulously geeky young Norwegian who was named Best Newcomer at Edinburgh this year, and Marcel Lucont, whose clever concoction of insouciant Frenchness won him Edinburgh’s Amused Moose Laughter Award for breakthrough performers. Then there’s Piff The Magic Dragon – a bloke in a dragon costume with a chihuahua for a sidekick.

For William Burdett Coutts, Artistic Director of the Brighton Comedy Festival, Brighton and comedy have always been perfect partners. “It’s the heady air of the seaside,” he says. “It creates a mixture that’s unmissable.”