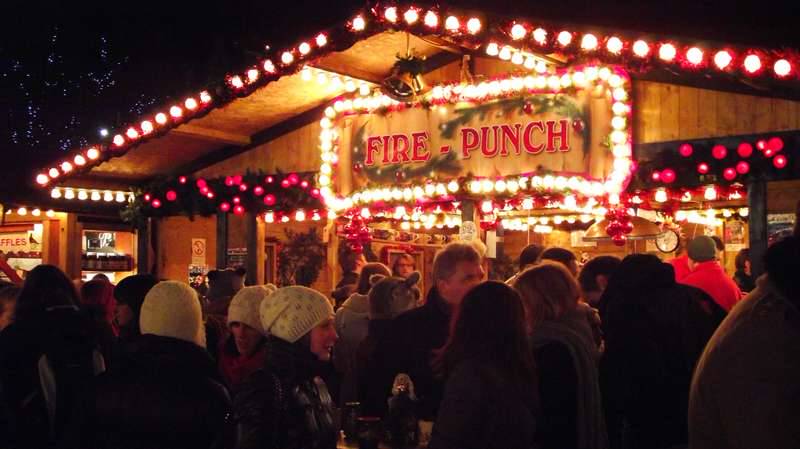 The UK is in the midst of the festive season: it's time to get into the spirit and visit one of the many fabulous Christmas markets on offer across the UK. Why not make a break of it and check out one in a part of the country never visited before. Alongside our selection of great markets to spend a few hard-earned pounds at, we've also picked out some wonderful places to stay in each area, ranging from rustic B&Bs to city centre boltholes.

Head to Edinburgh's East Princes Street Gardens and find a traditional market in the heart of the city and an abundance of seasonal goodies and festive cheer. It's open from 19th November to 2nd January. Make a weekend of it and spend the night at sharply designed guesthouse 94DR.

Situated in the  heart of Bristol's city centre, expect over 40 stalls plus Santa and reindeer visits. Open from the 5th November until December 23rd, there’s also live music, a bar by the name of Jäger Barn and the chance to try out curling. It would be rude not to stay the night – Brooks Guesthouse is a fab choice. And for something a bit different, they have Airstreams on the roof for a glamping option.

From the 4th November to 23rd December, Birmingham has a range of traditional gifts plus yummy food and drink including bratwursts, pretzels and schnitzels at this fab Frankfurt themed Midlands market. Why not wash all that down with a glass of  gluhwein or weissbeer? Oh, and did we mention it's the largest German version outside of the country itself or Austria. For a chic place to stay, book into Staying Cool at the Rotunda.

Hyde Park in London is one again hosting the famous Winter Wonderland, with rides, ice skating, live music and street food. Check out the Snowman Experience, the Secret Forest or the ice rink – plus much more, from November 19th to January 3rd. Or, south of the river there's the South Bank's Winter Market for Christmas stroll along the Thames. Open 4th November - 24th December. Fancy staying in the capital? We love Artist Residence, a delightful boutique spot.

How about enjoying a market with magnificent Blenheim Palace in Oxfordshire as its backdrop? Until December 16th escape here and shop for pressies, or, new for 2021, they are re-imagining the story of the Nutcracker within the palace walls! Tick some Christmas delights off the list, then mosy along to the Lion at Wendlebury – just a short drive away – for some well earned rest.

Manchester's markets are legendary, spanning across eight different locations, including Corn Exchange and Cathedral Gardens. Enjoy tasty food, drinks and seasonal gifts – available at over 300 stalls. Most are open from November 12th until December 22nd with Albert Square closing one day later. After some comfortable budget accommodation? Check-in to the YHA.

Trading since 2009, Oxford's Christmas market is being held on historic Broad Street from the 9th to the 19th December. Join the festivities and rejoice in choirs singing carols, wooden stalls housing an array of different traders and warming glasses of mulled vino. Fancy staying in a magical woodland treehouse? 10 minutes out of the city there's glamping spot Cedar Hollow.

What doesn't this Nottingham market have? With a number of bars and street food, an ice rink, rides, an array of entertainment and over 70 seasonal stalls spanning throughout the city centre - it's the place to be this Winter, running from November 13th - December 31st. A quick car journey north of the city centre, visit the countryside and stay in Sherwood Forest with Forest Holidays. The home of Robin Hood awaits...

Running from the 18th November until the 18th December, Exeter Cathedral's market has over 90 stalls, a food village and bars mixing up warming tipples. And yes, last year’s popular mulled apple gin will be making a comeback! Afterwards, hunker down at The Salutation Inn, a classy revamp of a seventeenth-century pub.

Stroll York's medieval streets and enjoy its festive cheer this December. Running from November 18th until the 23rd December, there are a number of festooned stalls, an ice rink and plenty of spots to simply take it all in with a glass of something comforting. Accommodation-wise, we rate the excellent-value YHA.

Winchester's Cathedral market is open from the 19th November until December 22nd and is 'recognised as one of the best Christmas Markets in Europe because of its unique location, high quality exhibitors and bustling atmosphere'. Not to mention housing a fabulous ice rink too. Enough said.
Fancy staying a little out of the centre in rural surrounds? Head to Forest Holidays Blackwood, luxury self-catering cabins in the countryside.