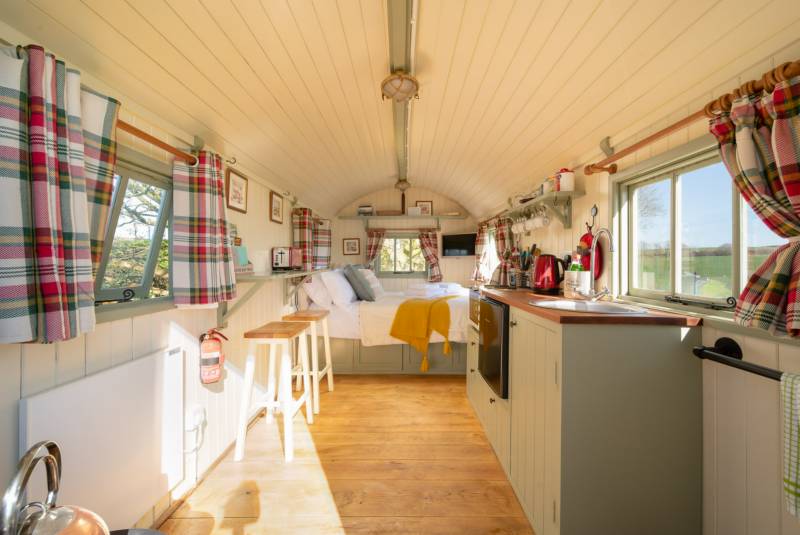 This Shepherd's Shed with hot tub is about as desirable a romantic North Devon escape as you could imagine.

Right on the edge of the Exmoor National Park, close to the pretty North Devon village of Landkey, Accott Manor is home to two lovely holiday cottages, a beautiful one-bedroom Hen House and a Shepherd's Shed that is about as desirable a romantic escape for two as you could imagine. It's a great location, within easy reach of the beaches of the North Devon coast at Woolacambe, Braunton and Croyde, and all four properties – including the Shepherd's Shed –  come with their own hot tubs, making them a terrific place to return to at the end of each day.

The great thing about the Shepherd's Shed is that it has plenty of privacy and gives you a sense of the outdoors without sacrificing any creature comforts. Above all it's very cosy and intimate. It has its own compact kitchen space which has everything you need, including an oven and hob, a sink, fridge, cutlery and crockery, and a breakfast bar with two stools. It has good wifi and at the back there's a double bed and wall-mounted TV, and everything is kept nice and toasty with a wood-burning stove. A separate purpose-built fitted bathroom featuring a loo, a sink and a shower.Behind the shed there's an outdoor washbasin and a gas-powered BBQ and an eating area with table and chairs all covered by an awning. Beyond there's that hot tub, wood-fired and boasting superb views over the North Devon countryside – all in all not a bad place to do a bit of star-gazing in what is one of the UK's biggest 'Dark Skies' reserves.

If you get tired of looking at the stars, there is plenty to do nearby: the local market town of Barnstaple is a ten-minute drive away – worth a visit for its unique covered Pannier Market, and its position on the fabulous Tarka Trail, a long-distance footpath that follows a former train line (and river) all the way to Bideford. Slightly further afield, there are seaside villages like Appledore and Instow, the Victorian resort of Ilfracombe (from where you can take a boat to Lundy Island), or those fantastic beaches at Woolacombe, Croyde and Saunton Sands – vast stretches of golden sands that are heaven for surfers, swimmers and sunbathers.

Other Cool Places near Accott Manor 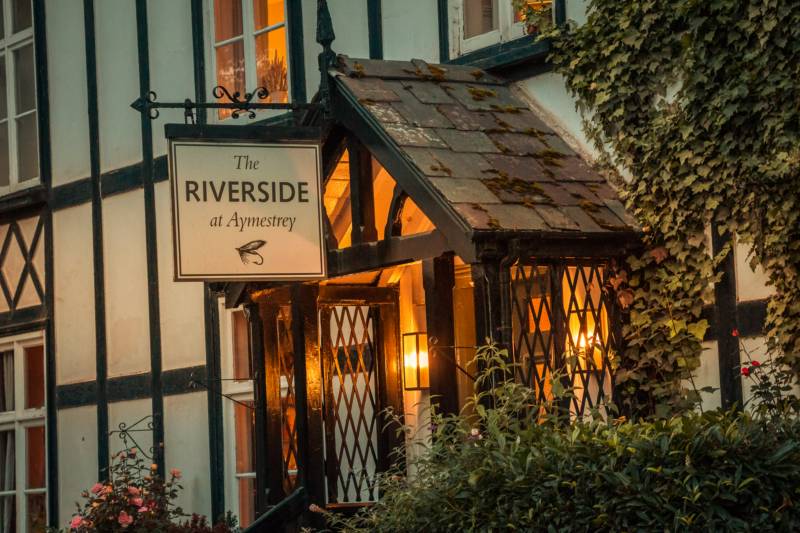