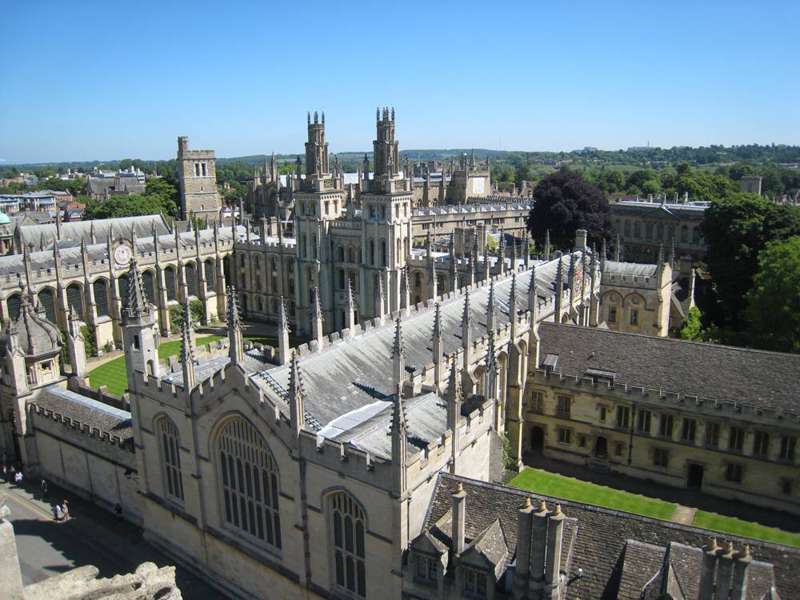 Oxford for the weekend

There are more literary festivals around Britain than you can shake a stick at these days, but if there's one place that is qualified to hold one it's Oxford. Starting at the end of the week, and sponsored by the Sunday Times, the Oxford Literary Festival runs from March 16 until March 24, and features Kate Mosse, Antony Beevor, Seamus Heaney, Val McDermid, Willam Dalrymple, Roger McGough and many others doing the usual talks, readings and interviews. But even if you have no interest in this, we reckon Oxford is a good place to spend a weekend, so here's our choice for where to stay, what to do and where to go (with a bit of a literary bent).

Bath Place Hotel This is our recommendation if you're on a tight budget, relatively cheap but with lots of character, including four posters and creaky stairs – plus a perfect location, tucked away down a city centre alleyway.

Old Bank Hotel This beautiful Georgian building has lovely, individually furnished bedrooms, some of which have window seats and marble bathrooms. A great restaurant, too.

Oxford Castle An ex-prison, but also a modern and funky addition to the effortlessly smooth Malmaison group. All rooms boast prefer the subtle lighting, power showers and ultra-comfy beds typical of the hotel group. We normally shy away from chains, but in Oxford this is our choice if money is no object.

Cherwell Boathouse This is a bit of a hidden gem, but it serves great food that you can enjoy on a lovely riverside terrace, and afterwards you can take a punt down to the Vicky Arms for more waterside antics.

Edamame This is maybe our favourite Oxford restaurant, and we reckon one of the best Japanese places in the country, squeezed into a tiny street in centre of the city. It does truly excellent sushi as well as more substantial noodle, meat and fish dishes.  But – and it's a big one – you need to get there early as you can't book and the queues start forming early evening – plus it closes at 8.30pm. Worth the wait, though.

Gee’s We're pretty keen on this long-standing Oxford favourite which serves excellent, locally sourced British food in a lovely glasshouse. It's just reopened after a lavish refurbishment, and the service can be patchy, but the food is almost always pretty great.

The Eagle and Child Where better to consummate your literary pilgrimage than in one of the two delightful snugs of this city centre pub, where CS Lewis and JR Tolkien used to come for a pint? Also known to locals as the 'Bird and Brat'.

Blackwell's You can make believe you're brainy student and hang out here for a whole afternoon if you want. A quintessentially Oxford location whose literary pleasures will soon have you gagging for a pint in one of the city's excellent pubs.

Botanic Garden Not only is this the oldest botanical garden in the country, but bookworms might recognise it as the location of the bench in Philip Pullman’s ‘His Dark Materials’ trilogy which sits between parallel worlds, and provides solace to the two main characters at the end of the book.

Magdalen College We have this down as a must-see not only because it's one of Oxford’s most beautiful – and accessible – colleges, but also because it's home to the lovely riverside Addison’s Walk, where a famous herd of deer roam, naturally providing venison for the college's groaning dining tables. A glorious oasis in the heart of the city.