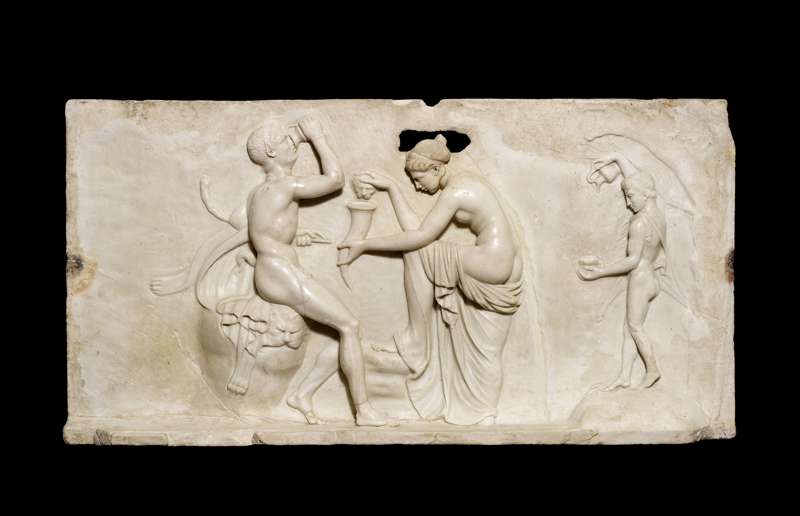 Life and Death in Pompeii and Herculaneum

The destruction of the two Roman cities of Pompeii and Herculaneum is a story every schoolkid knows, and is without doubt the best-known natural catastrophe of all time – not to mention having provided one of the world's most productive archeological sites, with hoards of artefacts literally suspended in time, preserved by the volcanic debris.

Yet until now you would have had to have travelled to southern Italy to see the best of these – to the sites themselves or to the fabulous archeological museum in Naples. As of tomorrow, however, the British Museum's latest major exhibition, Life and Death in Pompeii and Herculaneum – arguably its biggest event since Tutankhamun in the 1960s – has brought them to Britain. Many of the artefacts on display have never travelled so far, in such numbers, before – indeed this is probably the only chance you'll get ever to see them in such a coherently chosen group. So that weekend in London this summer that you've been vaguely planning? Do it now. There's never been a better time to visit the capital.

Held in the old reading room of the British Library, the exhibition's overriding aim is to provide a snapshot of life in Imperial Rome – the way Romans lived, what they ate, their domestic environment, the things that made them laugh – and there's a focus on everyday objects (cooking implements, furniture, even food) that everyone can relate to. The quality and breadth of the finds is staggering, starting with life on the street and the commerce of the two towns, where there are strip cartoon frescoes from the wall of a Pompeii tavern, earthily described on the audioguide by the enthusiastic Mary Beard, along with weighing scales and garum bottles that contained Roman cooking's most essential ingredient, fish sauce – complete with an inscription ('the finest mackerel garum') that's worthy of Tesco.  From here you progress into the atrium or central space of a Roman villa – clearly a rich folk's gaffe, but with all sections of society represented within. The objects are deliberately mixed in each room of the villa, with a cross-section of functional and decorative objects ranging from carbonised furniture – a table, a cradle, a stool – a fabulous cake tray, carried by an unfeasibly well-hung figurine (the Romans loved a bawdy joke, even at teatime), alongside even saucier objects from the so-called 'gabinetto segreto' or locked section of the Naples archeological museum. There are wall frescoes of a couple making love, a marvellous phallic oil lamp in an almost pristine state, and – perhaps most notably – a statue of Pan and a Goat from the Villa of Papiri in Herculaneum which shows Pan enthusiastically penetrating a goat – once described as 'eye-poppingly erotic' (though perhaps only if you're a goat); for the less prudish Romans, though, it was probably more B&Q than Top Shelf. There's more humour, too, in the fabulous staggering drunk Hercules opposite, and among more wall frescoes a wonderful portrait of local businessman Terentio Neo and his wife (the one on all the posters), alongside a depiction of a drunken Pompeii dinner party, and, perhaps most famously, the lovely bedroom fresco of a woman scattering flowers that is said to represent spring.

Some of the frescoes on display are purely decorative, but even they show a human side, for example in the animals and figures that have been carved into the bottom by the bored children of the household. Opposite, a pristine mosaic of a skeleton was a  typical dinner decoration, but its unspoken reminder to eat up and be merry for tomorrow we may all be dead is as pertinent as its gets in the context of Pompeii. Beyond here are displays of some of the body casts that Pompeii is so famous for, including a resin cast of a woman who died in nearby Oplontis, complete with the gold bangle and ring that she was wearing when she died. But it's the final display that is perhaps the most resonant: two Roman busts, one from Pompeii, the other from Herculaneum: simple portraits, clearly sculpted from life, that stare back at us from 2000 years ago – ordinary people whose full, rich lives were ended in a flash in 79 AD. It's a fitting end to an exhibition that above all tries to summarise what it is to be human.

The Pompeii exhibition runs from March 28 until September 29, 2013, but you should book your place now – tickets are selling fast.  And don't just come to London for the exhibition, come for the weekend – and if you do, why not rent an apartment? It's often cheaper, even for couples, and our current fave funky city apartment specialist Kippsy has a good range of London flats from just £60 a night. Finally, for more detail on where to stay, eat, drink and be merry in London, see our own list of nearby favourites.