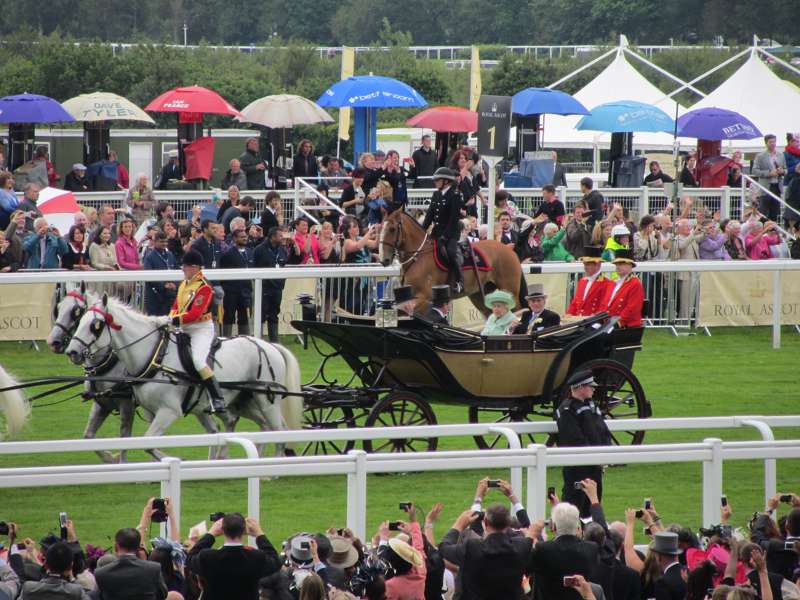 The Golden Age of Travel

A couple of weeks ago I was lucky enough to go to Ladies' Day at Royal Ascot. As one of the biggest events on the British sporting calendar, Ascot on any day is pretty special, and, of course, as quintessentially British as it gets. But Ladies Day' is a cut above – and it's even better when you travel to the course on board the Orient Express’s Northern Belle. Yep, a journey that should have taken an hour or so took three, but when you're munching a smoked salmon and scrambled egg brunch, sipping a Bellini and watching the world pass by, well, darling, who really cares?

The Northern Belle is the UK counterpart of the more renowned Venice Simplon-Orient-Express, and has all the glamour and sophistication of its more famous sister, but stays firmly within the British Isles, travelling regularly, along with a second UK-based service, the British Pullman, to some of Britain’s best-loved destinations in a degree of style that – let's be honest – is worth forking out a bit extra for.

Each of the Northern Belle’s carriages pays homage to a British stately home. We were travelling in Derbyshire's Chatsworth House (itself famous for being the backdrop to Colin Firth's simmering Mr Darcy), and with a build-up like that you could be excused for being a teensy bit sceptical that it wouldn't live up to its billing. But the fact is, from the hand-painted exterior to the stunning floor mosaics, the ornate marquetry lining the walls to the impeccably laid dining tables, it really doesn't disappoint at all. What's more, the horse-racing was superb, and with four wins out of six races, I was feeling more than a little smug at the end of the day as I slipped back into my palace on wheels to gaze piteously at the racegoers jostling for standing-room only on the train opposite.

Perhaps I was a bit tipsy, or just a little bit spoilt, gazing out of the window an hour later, watching the countryside slowly pass by, sipping champagne and tucking into a melt-in-the-mouth piece of fillet steak, But it occurred to me how rarely I take stock and appreciate the amazing country we live in.  And it's true that maybe everything does become a little rose-tinted when viewed from the comfort of a stately home on wheels. But you know what? The train did no more than enhance what was already a wonderful journey through beautiful countryside. Try it some time: the destination will be worth it wherever you're travelling, but the journey – now that's the thing.

For details of Orient Express trains operating between Cool Places destinations visit their website at www.orient-express.com.