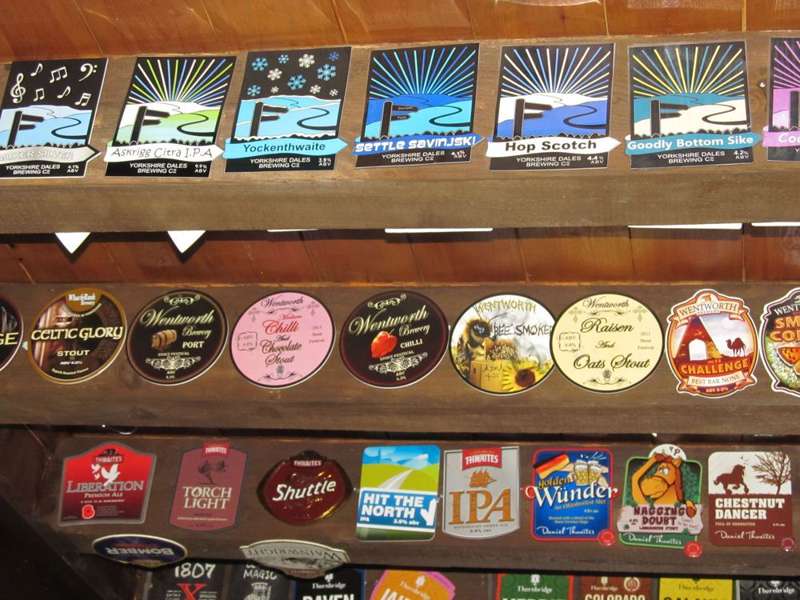 It's the Great British Beer Festival this week so in honour of that we thought we'd round up some of our favourite real ale pubs, breweries and places to enjoy beer around the UK.

The Glasgow branch of this spectacularly successful Fraserburgh-based indie brewing company opened in summer 2011. Casks litter the interior in a drinking den that feels part bar, part brewery, part warehouse and they serve an impressive range – of which their fruit-packed Punk IPA is divine.

They are serious about their ales here at this Highlands pub, and they have held many a beer festival and won many an award too, including ‘UK Real Ale Pub of the Year’ no less. There are no fewer than three bars, and the food is excellent with their local beer and venison the highlight.

Not your average London boozer, serving its own choice house ales – Clerkenwell Pale Ale (brewed by Kent Brewery) and Clerkenwell Lager (brewed by Mikkeller in Denmark) – alongside 37 other brews on tap from all over the world.

Right next door to the brewery, the Fur & Feather also serves the widest choice of Woodforde's ales on draft that you'll find and is a thoroughly nice pub to boot, situated in one of the Norfolk Broads' most picturesque villages. Decent pub food, too – nothing fancy, but like the beer they make next door, wholesome, honest and largely put together using local ingredients.

The slickest of Cumbria’s independent breweries has a fab bar and bistro attached to the brewery at Staveley, with a big, open-plan, contemporary bar from which you can look right onto the brewing vats, and staff who are happy to offer tasters and tips when it comes to picking a tipple.

Surrey's largest independent ale alchemists.  But don't take our word for it - go and sample some. The brewery offers tours and tasting sessions several times a week, during which liberal amounts of at least four different brews are brought out for your tasting pleasure. You also get a little tasting glass to keep, making this a top way to spend an afternoon in the Surrey Hills.

The only London pub run by Suffolk's St Peter’s Brewery, this ancient hostelry specialises in real ales. There are always six St Peter’s cask ales available – the gluten-free ale is much better than expected – as well as great coffee and hearty pub meals.

This cosy old boozer is the kind of English pub every nostalgic tippler dreams of, and its offerings are wonderfully local, with Kentish ales and cider from Gadds, Whitstable, Hop Fuzz and Westerham, wines from the county's excellent vineyards and fresh juices from its renowned orchards.

Real-ale aficionados make a beeline for Skipton's Narrow Boat, a dog-friendly, beer-and-food tavern tucked down a cobbled alley near the canal basin. T here are up to eight beers on tap at any one time, with special emphasis on local and Yorkshire ales, including those from the nearby Ilkley Brewery.

This tiny London Bridge boozer claims to have 130 different brews in the fridges behind the bar, along with no less than seven keg pumps and three cask ale handpulls. It’s impossible to review what they have as the selection is constantly changing, but selections range from as far afield as Tasmania and as close as Bermondsey (the Kernel Brewery is just a few hundred metres away).

The 175-year-old Star might be rather small, but what it lacks in size it more than makes up for in character and a commitment to its core offering: real ale. And real cider. And really good food. Entertainment too: they run a folk night every Monday, and the Stitch n' Bitch knitting group meets each Wednesday lunchtime!