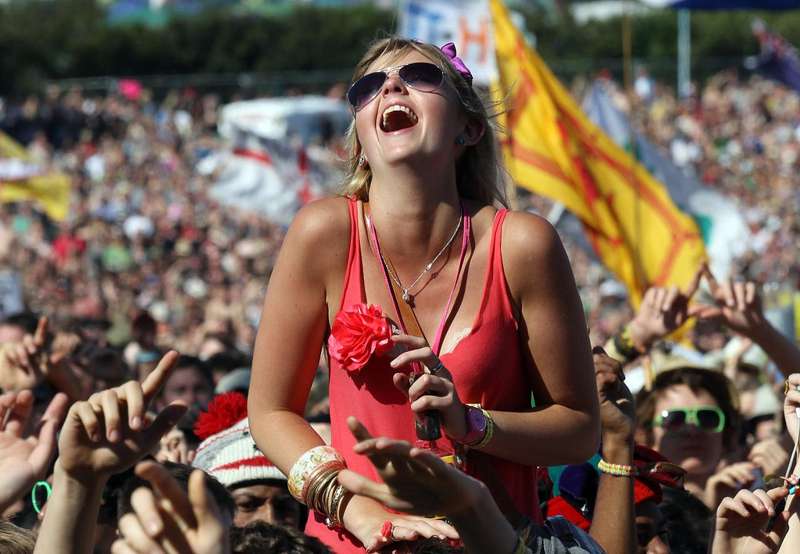 One of the first big festivals of the summer, Wychwood is one of the best family events of them all, with a great line-up of mostly oldies for the parents, and a fabulous array of things to do for the kids.  Start the day with a spot of belly-dancing and finish off watching the Human League. Parent-and-child heaven. 31 May–2 June, Cheltenham.

You have to wonder why no one thought of this one before, as Scotland fuses rock with an ancient mythical monster.  And with a line-up featuring the likes of Plan B, Madness, Fatboy Slim and Example, not to mention the potential sightings of Nessie to be had, you can't really go wrong.  7–9 June; Loch Ness.

Following a pretty miserable 2012 where hundreds of festival goers were left stranded in the rain, the Isle of Wight is back with a vengeance.  Making a splash with music legends like Blondie, Bon Jovi, Paul Weller and the Killers, no amount of rain should be able to spoil it this year. 13–16 June; Seaclose Park, Newport, Isle of Wight

These days this is the UK's premier rock festival, hosted at the spiritual home of rock itself Donington Park –  rock legends in the shape of Ozzy Osbourne, Slipknot, Slash, Metallica and basically every other no-nonsense rocker you've ever played air-guitar with. 14–16 June, Donington Park

Any festival on a beach is a recipe for success, but throw in the line up that Beach Break has and you're on to a winner.  More dance, drum 'n' bass and hip hop than rock, featuring the Scratch Perverts, High Contrast, the Dub Pistols and many more. 20–24 June; Newquay, Cornwall

Kicking off with the Granddaddy of music festivals, Glastonbury is and always will be unrivalled in terms of sheer size and production scale. Back after its customary fallow year, 2013 sets to be big, with the likes of Primal Scream, Mumford & Sons and – for the first time – the Rolling Stones.  26–30 June; Worthy Farm, Pilton, Somerset

A two day festival with an unbelievably eclectic superstar line up featuring Bruce Springstein,  Kasabian, the Klaxons and Paul Weller.  It's not a camping festival, which means you can avoid all the mud business and just get down with the music. 29–30 June, Queen Elizabeth Olympic Park, London.

The BST folk at Hyde Park are revamping their festival stages in time for the various rock royalty figures that are heading to London this summer. Bang your head to the likes of Bon Jovi, the Rolling Stones, Bush and the Horrors. 5–6 July, 13 July; Hyde Park, London.

If, like many others, you were wondering what we were going to do with the Olympic Park stadium now the Olympics are over, then the answer comes in the form of this pop music extravaganza.  With the likes of Jay Z, Justin Timberlake, Snoop Dogg and Rita Ora, Wireless is shaping out to be one heck of a festival this year.  12–14 July; Queen Elizabeth Olympic Park Stadium

As the UK's unofficial capital of surfing, Newquay is the perfect location for Europe's only surf, skate and music festival. This year, you can expect acts like Basement Jaxx, The Vaccines, Benga and Miles Kane. 7–11 August; Fistral Beach & Watergate Bay, Newquay, Cornwall

Known for being the last major British festival of the summer, this year's 'nautical' themed Bestival is headlined by an eclectic mix of Snoop Dogg, Elton John, Franz Ferdinand and hip hop group Wu-Tang Clan.  Something for everyone in other words. There's also a new ferry ride attraction this year. 5–8 September; Robin Hill Country Park, Downend, Isle Of Wight