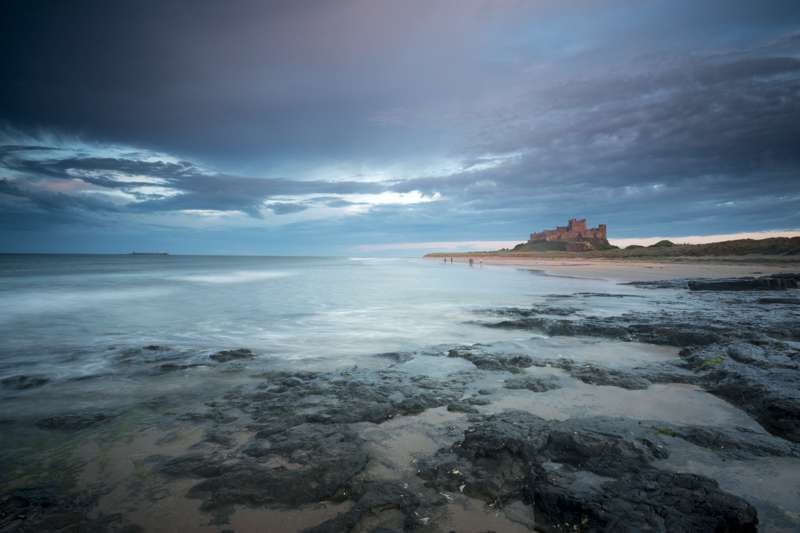 My Cool Place – the Northumberland Coast

Having grown up in a fairly flat, inland county, I’ve always been strangely intoxicated by the exoticism and allure of the seaside and nowhere is this more acute than on the furthest reaches of the northeastern English coast.

The Northumberland coast is an Area of Outstanding Natural Beauty, stretching from Berwick-upon-Tweed in the north to the Coquet Estuary in the south. It features castles (Dunstanburgh, Bamburgh, Warkworth) that transport your imagination to a time when all social life was ensconced within a thick solid-walled community, and venturing ‘abroad’ was at your peril. There are miles of wild, undulating hiking and cycling terrain, endless sandy beaches, clifftop views and rocky inlets, but for me it's the offshore, rocky outcrops – the Farne Islands and Lindisfarne – that make me feel like I’m at the absolute edge of the country, maybe even the world.

The Farne Islands are protected by the National Trust, so visitor numbers landing on Inner Farne are strictly limited. Not that you’ll feel particularly alone among the squawking and cawing of the many hundreds of razorbills, shags, guillemots, kittiwakes and – if you visit between May and August – the ever-photogenic puffins.

Boats circle the islands, mingling with the colonies of doe-eyed grey seals as they frolic in the water and lollop along the rocky ledges. If you do land on Inner Farne, mind your hat as you step off the boat as the over-protective arctic terns will divebomb you if you stray too near their ground-nesting young.

Lindisfarne, famous for its priory, castle and alcoholic mead, is reached via a causeway that is inundated both with seawater and hordes of tourists twice a day. But if you want to feel the real magic of the island, the secret is to see it in the very early morning light.

There’s a perfectly placed campsite just up the hill from the entrance to the causeway, so all you have to do as dawn lifts up the curtain on the day is open your tent flap, get on your bike and roll down the hill. Keep an eye on the tide times, though, lest you end up there for longer than you were planning.

Diana is a freelance travel and outdoors photographer who works for a range of commercial and editorial clients. She’s no stranger to early mornings in the pursuit of beautiful light on interesting landforms. You can see more of her work at Diana Jarvis Photography

All images by Diana Jarvis