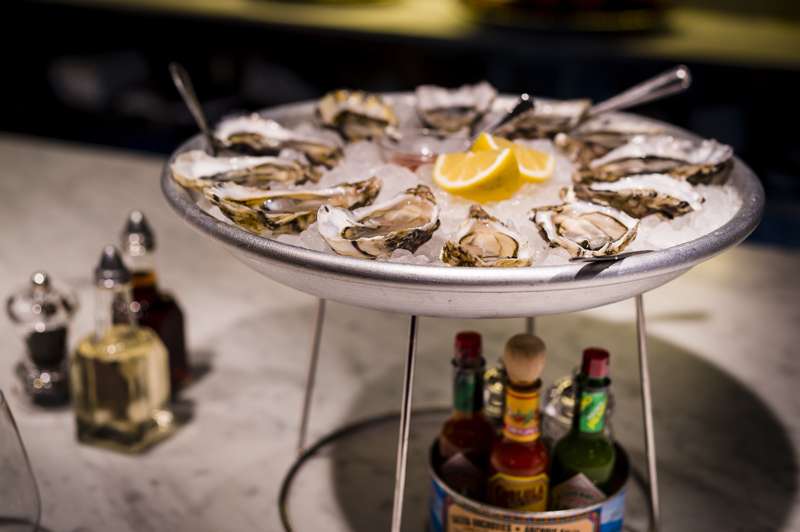 In search of the perfect oyster

The sheer boredom of bed-bound lurgydom finally got me onto Twitter. Da-naah! It’s like bursting into a partyful of info-canapés. The chattersphere is super diverting – but is it useful?

So I lobbed out a question. Where’s the best place to eat oysters in the UK?

Within 24 hours I’d heard about oystering and roistering at Hix in London (and Dorset), the wonderful Wheelers in Whitstable, the Company Shed at West Mersea, and that St John in London gives the price for a single oyster so you can just have a couple. Much of this I knew, but not that Bentley’s in Harrods has the nerve to sell six oysters for £48. Whoa! And I came across @mangezmoioyster and The Oyster Academy, run by an obsessive whose advice, like others, is to eat at source when possible. In London, she favours Bentley’s (presumably the ‘cheaper’ version).

The best new restaurant I’ve been to recently– for oysters and beyond – is Wright Brothers Spitalfields. It’s already packed with happy seafood guzzlers and state-of-the-art saltwater tanks full of live creatures waiting to be guzzled as if straight from the sea.  The beautifully restored building has a mosaic floor of tiny tiles painstakingly laid to look like fish-scales.  There are seven kinds of oyster on the menu and then also dressed: pine-smoked, grilled with laverbread and bacon or serve with cucumber and horseradish. I cannot imagine a better place to enjoy the last months of natives and then Pacifics all the way through the balmy non-R months of summer.

Now you could condense some of that into 140 characters. But 112 blog-words feels like a bit more of a chew. Brevity is the soul of wit, but can lack a little juiciness.

My best online discovery was the Shellfish Association’s tasting notes on 23 kinds of oyster in the UK. These bivalves filter up to 10 litres of water an hour and are bound to taste not just of their place but of their season. It's handy to have their App to whip out in a restaurant when faced with so much choice. And it only seems respectful to consider your oyster, at least for five seconds. Which is longer than it takes to read a Tweet.