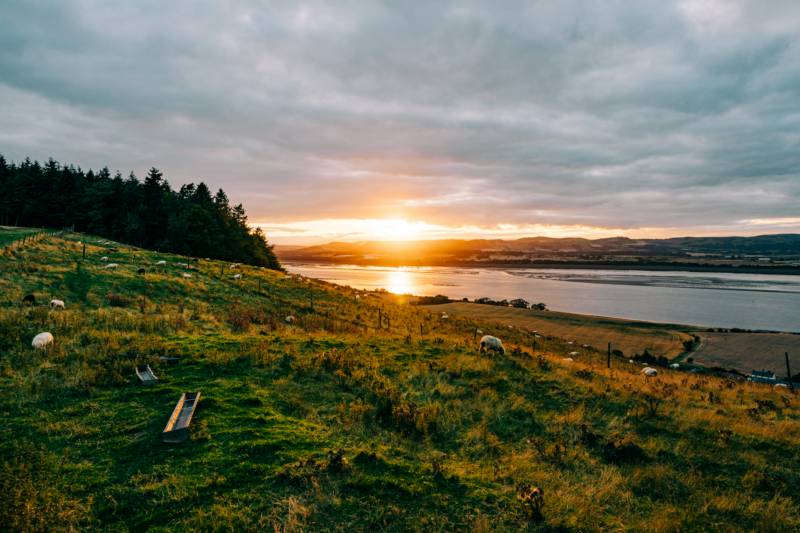 The Snug at Logie Farm

Luxury glamping pods in Fife, high above the River Tay

Perched in a scenic spot above the River Tay in Fife, The Snug at Logie Farm is a luxury glamping site like no other, with amazing views from its hilltop perch,. Situated among high grassy meadows, the award-winning brand-new new pods at The Snug make for a cosy and luxurious place to stay, with en-suite shower wetrooms, underfloor heating, mood lighting and wireless tech. Logie Farm is formerly home to a series of historic derelict bothies used by salmon fishermen on the Tay, and owners Jo and Andrew landed on the idea of installing these locally made pods as luxurious, scenic boltholes for two, each equipped with the sort of the facilities you expect of a five-star hotel room – Nespresso coffee machines, super-king-sized beds and black-out blinds as well as a fridge, TV and built-in sound system. The stand-out feature, though, is the large circular window which offers ever-present panoramic views of the River Tay far below.

Logie means ‘meadow land’ in Gaelic and the immediate surroundings are grazed by a herd of cattle and flock of Swiss Valais Blacknose sheep – an important part of Andrew and Jo’s approach to sustainable farming, which has also seen them recently build a pond, and, in the year they first opened the site, plant some 6500 hedge plants. Meanwhile the view tries its hardest to draw you out to explore – the road down below is part of a marked cycle route (777) and, a little further up the slope the Fife Coastal Path passes by, tracking a similar elevation to the pods before climbing up to Norman's Law hill for even more panoramic vistas. By car, meanwhile, it’s half an hour to Perth, Dundee and the historic town of St Andrews and 25 minutes to Falkland and the Lomond Hills, where some of the most recent series of 'Outlander' was filmed.

The pods are suited primarily for couples wanting that get-away-from it all experience.  No dogs.

The Snug is located on a working farm around three miles from the town of Newburgh and within walking distance of the Fife Coastal Path.

Lindores Abbey Distillery and Visitor centre is the Spiritual Home of Scottish Whisky. They run regular tours about the history of the abbey, the monks, William Wallace and not forgetting the whisky!

The Fife Coastal Path is a long-distance footpath stretching for 117 miles from Firth of Forth in the south to the Firth of Tay in the north. The path was created in 2002 and Newburgh, taking in Normans Law is the last section of the footpath.

Falkland is nine miles from Newburgh. Falkland was filmed to portray the city of Inverness in the award winning drama series “Outlander”.
St Andrews is 18 miles away. This historic university town has beautiful beaches, world class golf facilities, restaurants and an enchanting town centre. It also has an aquarium, swimming pool, StAndrews Abbey ruins and StAndrew’s Cathedral.

Open all year round.

Situated on one of the most scenic routes in Fife, The Snug at Logie Farm is a family-owned, brand-new collection of luxury, award-winning pods with breath-taking and uninterrupted views of the River Tay. The Snug is nestled in an elevated and private location on top of Logie law hillside, around 400 metres above our farm steading. Expect an exhilarating ascent, passing meadow grass fields which are home to our sheep and cows, towards your accommodation. The Snug currently comprises of two pods. When you reach the summit enjoy the privacy, change of pace and luxury accommodation. Our Swiss Valais Blacknose sheep flock, dubbed by the media as "the world's cutest sheep" will also likely be waiting to greet you over the fence. Jo and Andrew, the owners of The Snug (and farmers at Logie Farm) are passionate about their Scottish heritage and the history of the farm. Each pod interior is uniquely designed to pay homage to Salmon Bothy ruins located on the banks of the River Tay which are part of the local Scottish history, our farming roots and highland heritage.

We are doing everything possible to make your stay at the Snug as safe as possible. We are strictly observing the covid-19 regulations but if you do have any queries please do not hesitate to contact us. The Snug was designed to allow for privacy and social distancing. You do not need to share any facilities with other guests. Both Snugs are between 10-14 metres apart, with their own private (a) car parking space (b) own ensuite/ wet room facilities (c) own decking and (d) own BBQ/ firepit. On your arrival you will find your own hand sanitiser gel which we would ask you use regularly during your stay. All pods are deep cleaned internally and external gates by staff wearing full PPE. Staff are trained in advanced cleaning protocols.  If you need anything during your stay the staff member attending you will be wearing a mask and stand a minimum of 2 metres away from you. There is also plenty of space outside and open air for you to enjoy.

From Perth or Edinburgh, take Junction 9 off the M90 at Bridge of Earn and follow the A913 to Newburgh. Continue through the town centre before bearing left down Abbey Road just before the petrol station/ butter cup cafe. Continue on this unclassified road for about three miles. You will see the entrance to Logie Farm steading on your left hand side amidst some trees. The Snug entrance is on the right hand side of therein road, adjacent to the Logie Farm entrance.  Follow the road up the hillside (taking care to drive in a low gear, slowly and paying attention to the road) through the woodland and follow the signs to the Snug site.

From Dundee, follow the A92 south turning right shortly after Rathillet (signposted to Hazleton) and continue for 5 miles. The entrance to Logie is on the right shortly after the small row of cottages.The Snug entrance will be on your left hand side, adjacent to the Logie Farm entrance.  Turn left and follow the road up the hillside (taking care to drive in a low gear, slowly and paying attention to the road) through the woodland and follow the signs to the Snug site.

The postcode is KY14 6HL. I you are using satellite navigation use the postcode, not the farm name (as there is another Logie Farm in the vicinity)

In short- no!  Newburgh is on regular bus routes but the Snug location is around 3 miles from there.

Other Cool Places near The Snug at Logie Farm 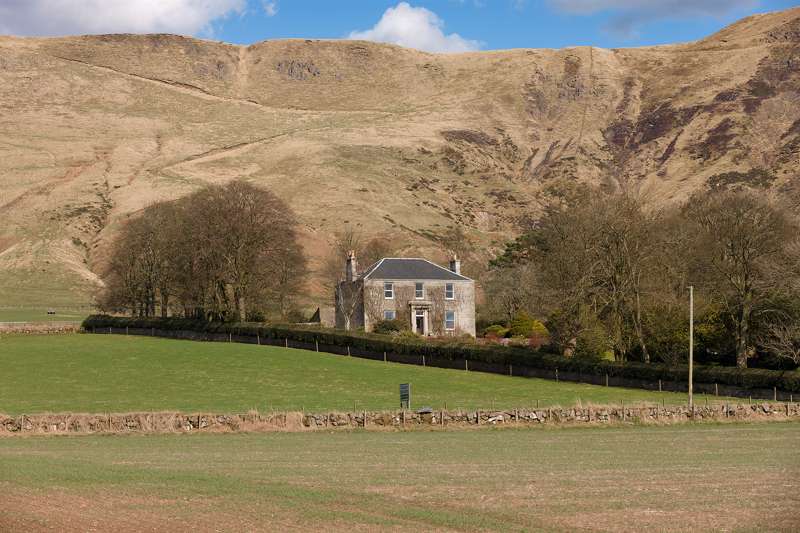 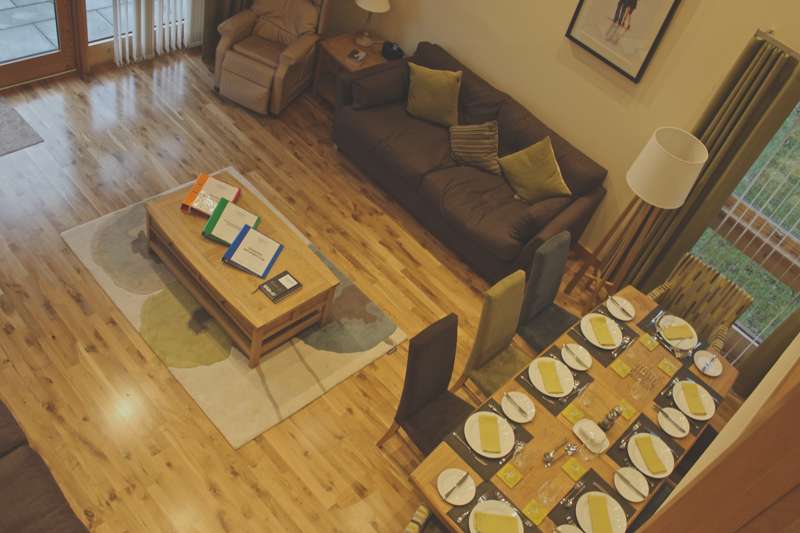 A boutique country house hotel that's a perfect place to flop, play golf or explore the glories of Perthshire.

A boutique country house hotel that's a perfect place to flop, play golf or explore the glories of Perthshire. 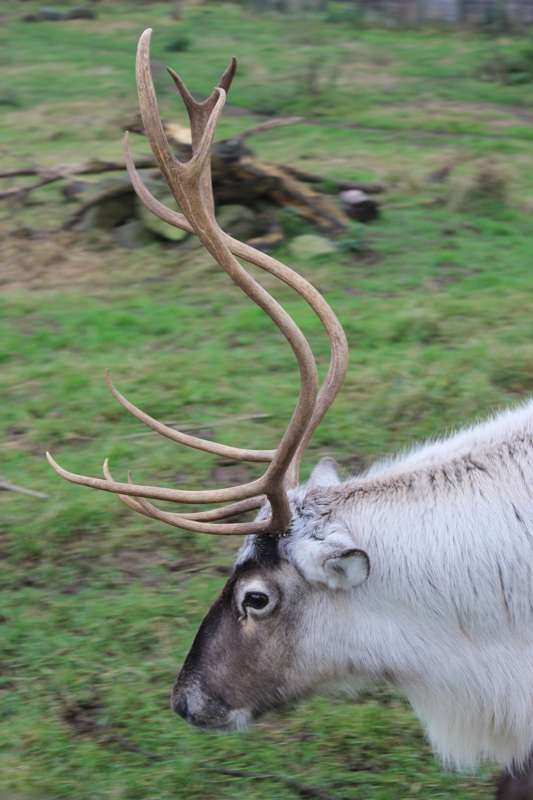 A fun and interesting day out for the family, and meet Fifes only wolf pack 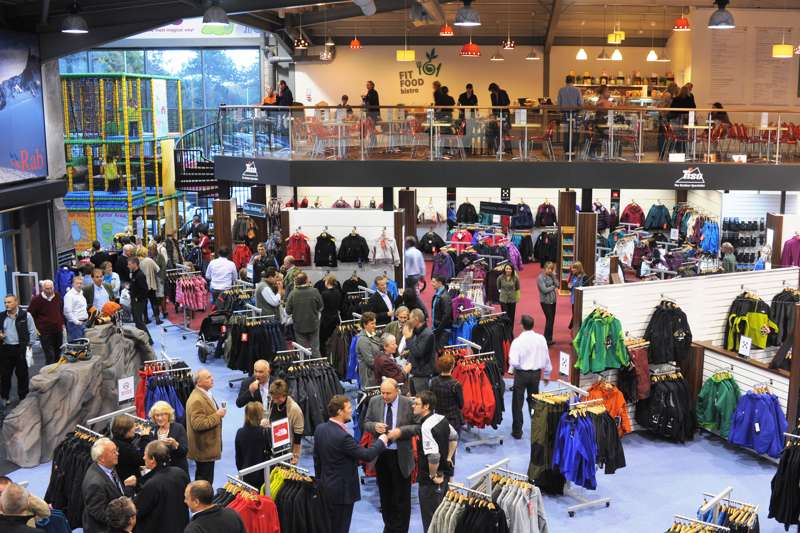 This vast new interactive outdoor store could not be better located 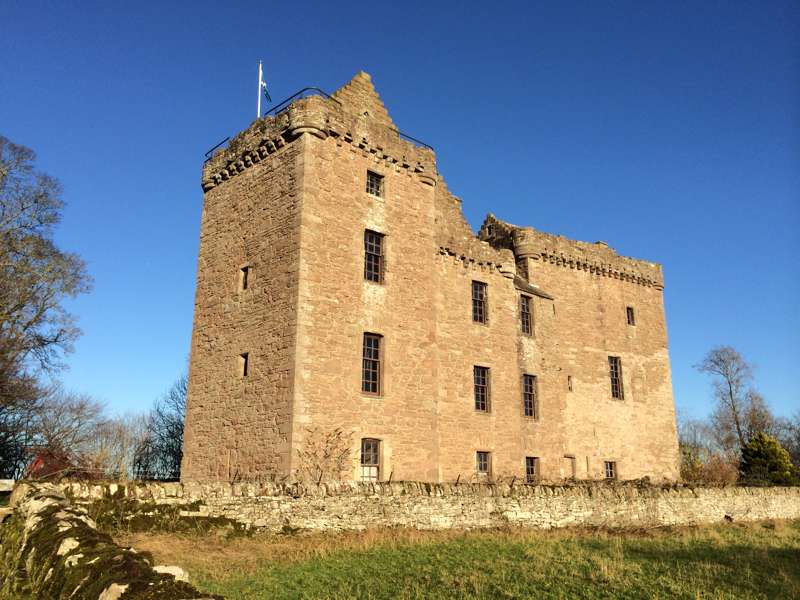 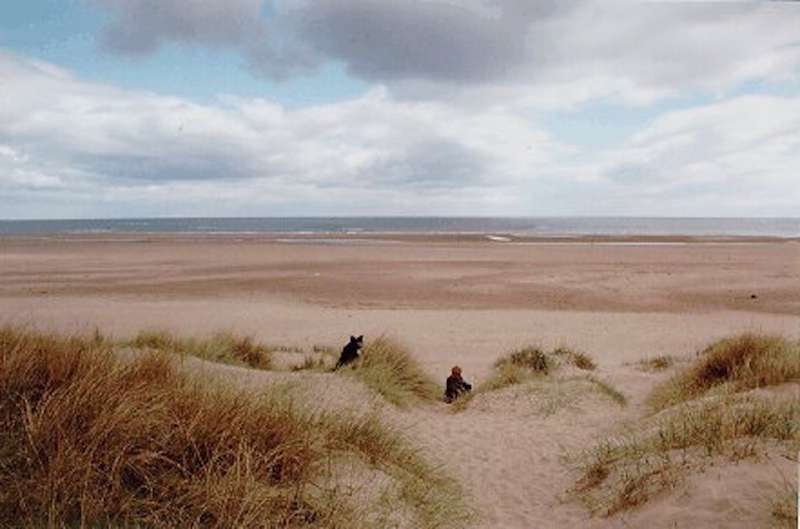 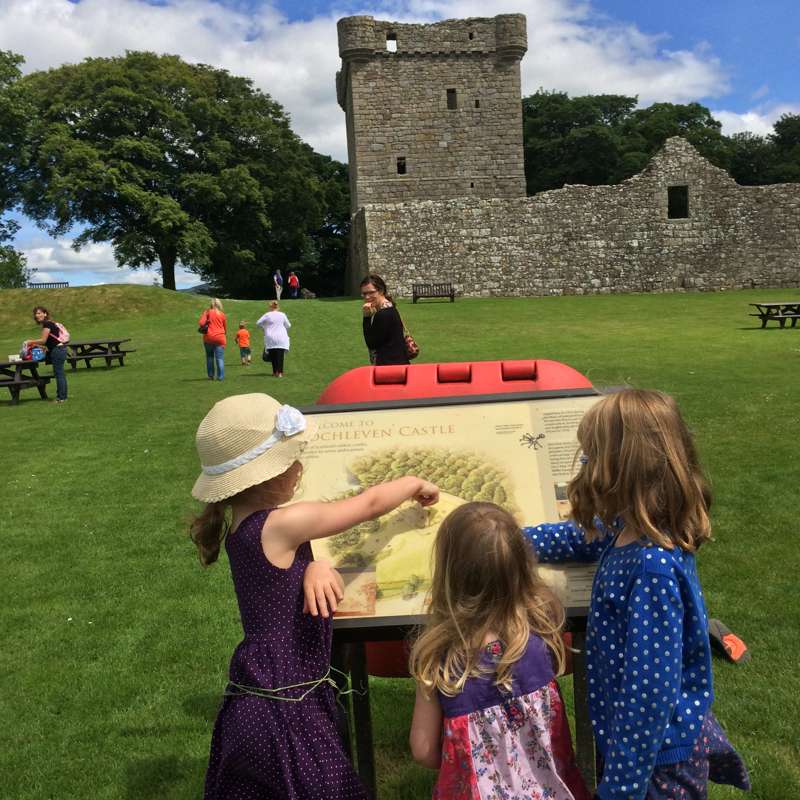 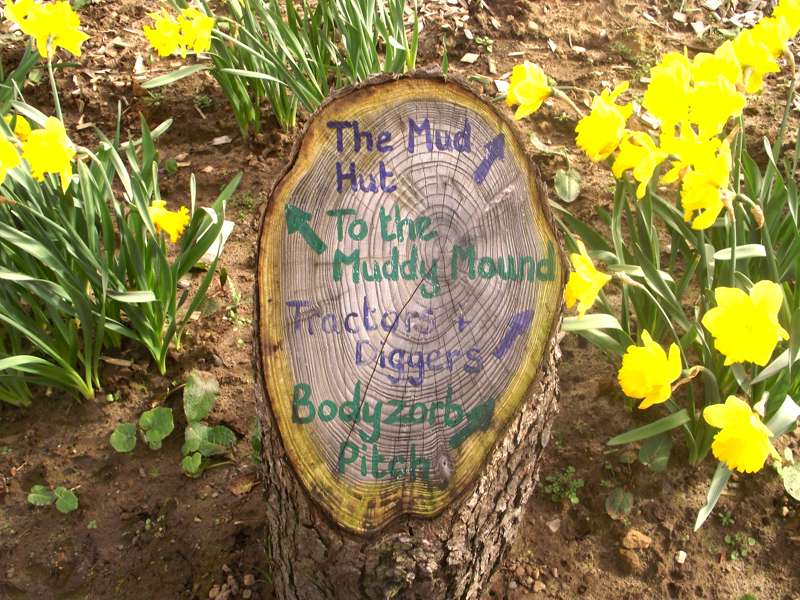 A thriving, popular family day out. 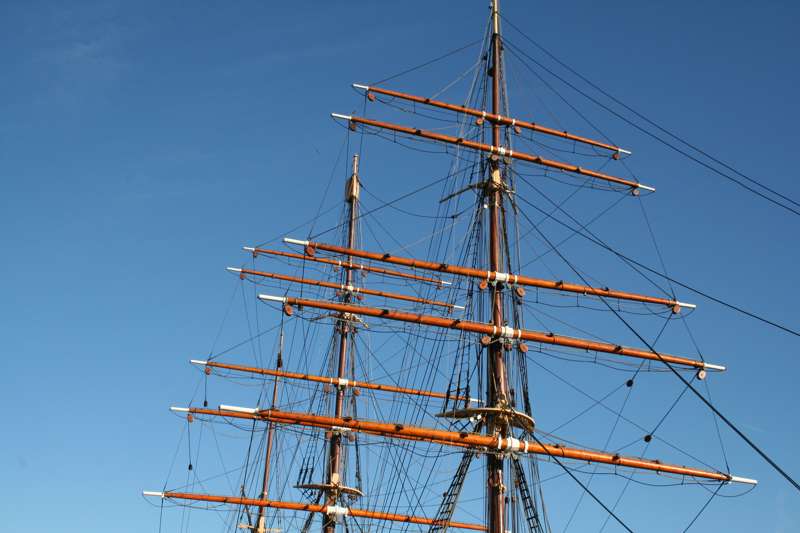 Dundee’s best-known tourist attraction is its most famous ship.

A fun and interesting day out for the family, and meet Fifes only wolf pack 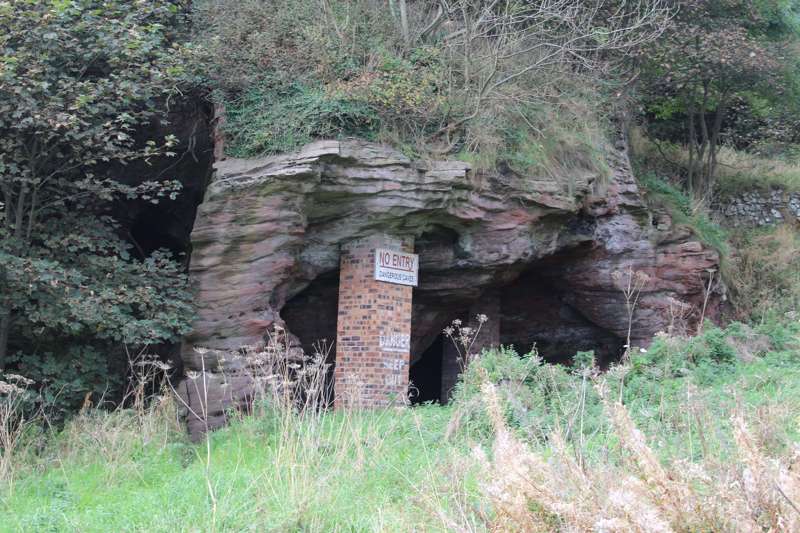 A range of caves filled with Pictish and Viking drawings 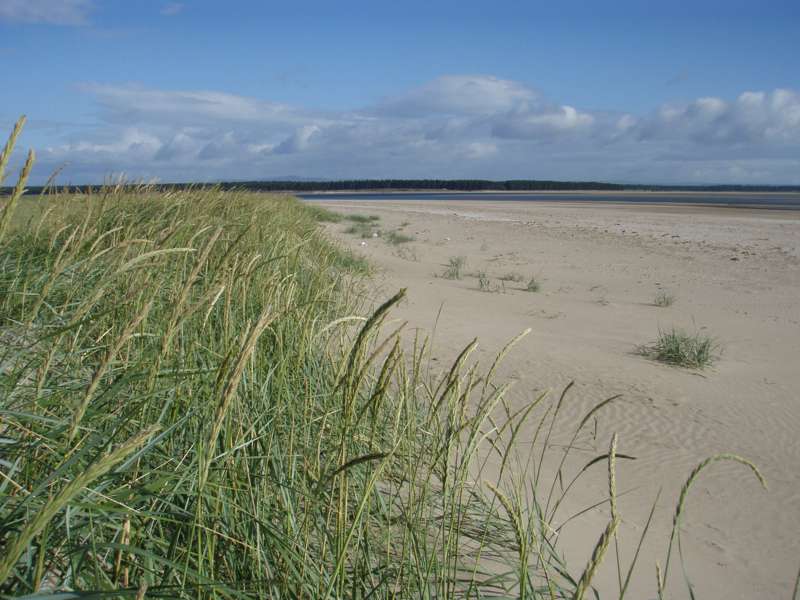 Fife is blessed with some great beaches, but surely St Andrews’ West Sands is the most famous.