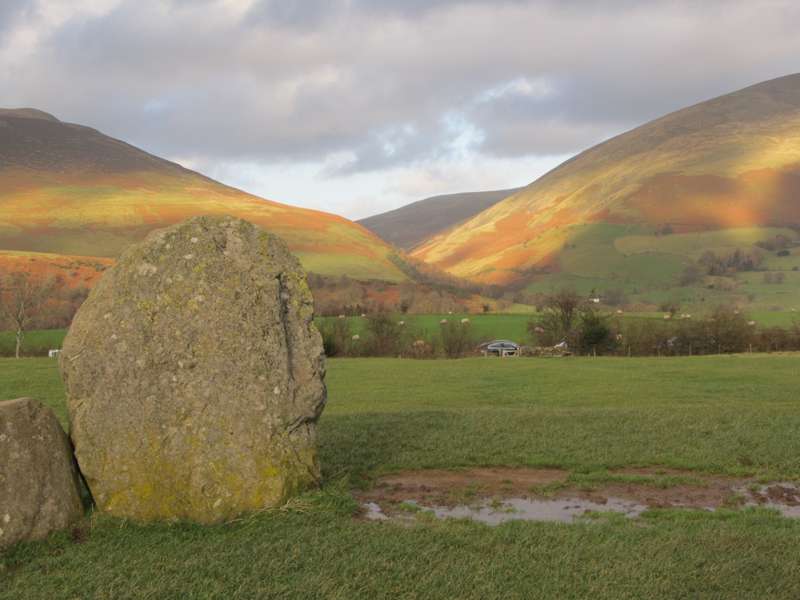 It's January and the weather may be dreary but already we're thinking of the best places to go, things to do and places to stay in Britain this year. So what's hot and what's not around the UK in 2016? Read on and hopefully your UK travel year will start to take shape...

The big news at the end of last year was that Nottingham - yes, Nottingham – was named as a UNESCO City of Literature, and we reckon that it's not only well-deserved but offers a perfect excuse to visit this surprisingly elegant East Midlands city. The city of Byron, DH Lawrence and Alan Sillitoe is hosting all sorts of event to celebrate its new-found acclaim, and the nice thing is that there's much more to the city - and to Nottinghamshire – than  you might think. Stay at bucolic Forest Holidays in Sherwood Forest or boutiquey Harts Hotel in the city and eat heartily at the excellent Larder on Goosegate. We reckon you'll have a (literary) ball.

2016 has been declared 'Year of Adventure' in Wales, and quite right too: there are few better places for any sort of adventure than Wales, whether it's exploring the celebrated Pembrokeshire Coast, with its wealth of sea-related activities, hiking and cycling in the Brecon Beacons or clambering up the peaks of Snowdonia (see below). In Pembrokeshire we love the Crug Glas country house hotel, just north of St David's, which also boasts an excellent restaurant;you could also try the gorgeous Fynnon Fendigaid B&B further up the coast in Ceredigion, or, in the Brecon Beacons, the very cosy Felin Fach Griffin, which also does great food.

In East Sussex Hasting Pier was partially destroyed by a fire a few years ago but the good news is that it's due to reopen this year, on March 21, coincidentally on the 950th anniversary of the Battle of Hastings. There will be lots of events leading up to it and the pier itself will host a full-service restaurant as well as a purpose-built Visitor Centre – all part of the regeneration of one of our favourite south coast resorts. After you've checked out the pier, wander through the Old Town and make plans to stay at the cosy Old Rectory. When you're hungry, fish doesn't come much fresher than at Maggie's superb no-frills chippy.

2016 promises to be a year of literary anniversaries: it's 200 years since Charlotte Bronte's birth on April 21, and 400 years since Shakespeare's death in 1616. The Bronte Parsonage in Haworth will be marking the date with various events, and naturally the town of Shakespeare's birth, Stratford-upon-Avon, will be doing the same, with the reopening of New Place, the playwright's last home, and opening to the public of the great man's Schoolroom and Guildhall. In Stratford especially there will be loads going on, so we advise you make a weekend of it, staying at the chic Church Street Townhouse, and eating and drinking at the appropriately titled No 1 Shakespeare St while you're here.

To Wales again in May, and why not? The mindfulness and activities centre Seacotherapy launches on the Welsh Coast in Aberdyfi, Gwynned, and reminds us that this relatively unknown part of the Welsh Coast is well worth exploring. If you don't fancy Seacotherapy, try some of our other favourite places to stay in the region: Graig Wen, near Barmouth, a glorious spot where they have glamping, B&B and self-catering options, and the beautifully situated Fynnon Townhouse boutique B&B further inland – about as romantic a place to stay as you could wish for.

There's been quite a bit of noise about our friends at Rough Guides choosing Hull as one of the world's must-see cities in 2016. And while we think that's a great call, we reckon the time to visit will be in 2017 when it formally takes on its role as 'European City of Culture'. In the meantime, its hinterland, East Yorkshire, is the Cinderella of northern counties, always overlooked and with no good reason. We think 2016 is a great time to explore this gem of a region, visiting the Gothic extravaganza of Beverley Minster, walking the Yorkshire Wolds Way and staying (and eating) at a renowned foodie pub with rooms, the Pipe & Glass Inn.

July sees another literary anniversary, 150 years since the birth of Beatrix Potter on 28 July, and whether you love or hate this iconic children's author, there's no doubt that she is an integral part of the Lake District tourist industry. Potter-related activities include entry to the World of Beatrix Potter at 1991 prices (which is also celebrating its 25th anniversary) and visiting toWray Castle, where the author spent a great deal of time. One of our fave local places to stay, the fab Brimstone Hotel, is well situated for exploring all the Potter attractions – and indeed all parts of the Lakes – and it does good food too But why not also try the nearby fabled Drunken Duck Inn? We think it's one of the best places to eat for miles around.

Tate St Ives in Cornwall is due to reopen in May 2016 after a major refurbishment, and the town is worth visiting to view the museum's rooftop garden and new gallery with stunning views of the sea. Oh yes, and Poldark is back on telly in the autumn, so you might want to get in the mood for all that on-screen smouldering by visiting some of the many locations used in the series – in the Lizard and around, to the south of town. In St Ives stay at the Boskerris Hotel, the foodie Gurnard's Head just outside or the funky Cohort Hostel. On the trail of Poldark, try Nantrisack Farmhouse, near Helston, which is a simple and atmospheric place to stay, or the family-friendly yet stylish Polurrian Bay Hotel in Mullion.

Another literary landmark sees Cardiff take on the mantle of  'City of the Unexpected' in September, as Roald Dahl's birthplace plans a host of city-wide activities and events to mark a century after the writer was born. As Dahl said himself, 'the greatest secrets are always hidden in the most unlikely places,' so what better time could there be visit the resurgent and always interesting capital of Wales? We like the centrally located and very comfy St David's Hotel, but the YHA Cardiff Central is also fabulous value and equally well located – and has good private rooms as well as dorm beds. As for eating, the one thing that's never unexpected in Cardiff is the quality of the food at Arbennig, tucked away in a little-known part of town but again one of our favourite places.

Guy Ritchie's film about King Arthur has been widely trailed as being filmed in some extraordinary locations in Snowdonia, and was supposed to come out in 2016. It's been delayed but we can't see any reason not to get into the mood with a trip to the region. You could walk the much-vaunted Arran Ridge or chance your arm on the world's longest zipwire at Penrhyn. For self-catering in the heart of Snowdonia, Tal-Y-Waun has an unbeatable location among the majestic mountains of Capel Curig and Tryfan, as does the stylish deconsecrated church B&B of St Curig's.

No one would pretend that November was Britain's most appealing month to travel, but St Andrew's Day is as good an excuse as any to travel to Scotland, and we reckon the Western Isles and in particular Skye are as good a place as any to celebrate it. Stay at Skye Shepherd Huts to really get back to nature, and experience the food and atmosphere at the remote Stein Inn. However, you will eat no better anywhere in the UK than at the wonderful Michelin-starred Three Chimneys.

We reckon 'group walking' is going to get even more popular in 2016, and new walking festivals spring up all the time, culminating in the December Ramblers Association Festival of Winter Walks. We love the counter-intuitive scheduling of this event, because December really is as good a time as any to discover the joys of walking in Britain. So wrap up, get out there and finish off the year with a lung-bursting trek.