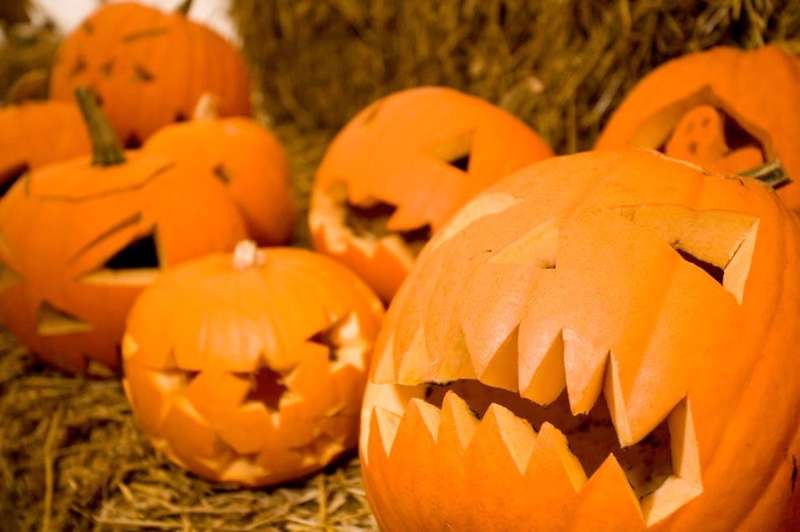 Bumps in the Night: Halloween Happenings

Be afraid, be very afraid, with our pick of the top ten things to do this half-term week and on Halloween night itself this Friday...

Alton Towers is always a good bet at Halloween with its 'Scarefest' attractions, and this year it is running spooky sleepovers for the first time  though be aware these are really aimed at teenagers and adults only.

Bodiam is a proper castle, with towers, battlements, a drawbridge and everything, and this year it's laying on a Halloween trail to beat them all, with dragon quests, spooky storytelling and spine-chilling castle tours following creepy clues. There is of course a ghost to watch out for too.

It's natural that the childhood home of ill-fated queen Ann Boleyn should be there scene of so many evil happenings this week, with ghostly goings-on through the week, a Halloween trail through the grounds, storytelling and dressing-up and lots of crafts and activities involving pumpkins.  There's sure to be a queen carrying her own head too.

Are you wicked enough to join the London Eye witch academy, take part in spooky storytelling and learn all sorts of  creepy facts about the landmarks you can see from your specially decorated pod? You get priority boarding, 30 minutes 'airborne' and kids receive a free Halloween goody bag.

There are creepy crafts, ghastly happenings and storytelling all this week at Pendennis Castle, plus night-time tours exploring its darkest nooks and corners that reach a climax on Halloween night itself.

Ryedale's Halloween part this Friday night brings the museum alive with lots of activities both inside and out. Lots of creepy activities, including crafts, spooky stories, ghostly concoctions and games and activities all over the the folk museum's extensive grounds.

The Norman castle that houses this hostel has its own resident ghost and is all set to be an especially spooky place this October 31, when they lay on pumpkin-carving and Halloween crafts and a spooktacular seasonal banquet (severed finger, anyone?) accompanied by creepy storytelling.

The 'deranged director' takes over Thorpe Park's film studios during October and the run-up to Halloween, with scary rides based on the Blair Witch Project, Cabin in the Woods and other screamfest movies, and optional sleepovers too, where you basically get to stay all night and take part in the movies if you dare. Not for younger kids or timid grown-ups.

Voted the UK's number 1 Halloween attraction, and rightly so, this is the grandaddy of screamfests, with lots of participatory and scary inter-action.

What could be more appropriate than attending a screening of Alfred Hitchcock's Pyscho in the glorious neo-Gothic interior of Islington's Union Chapel this Friday? Known as 'Chills in the Chapel', there's a live orchestra performing the original score, and you can be sure lots of folk will attend in fancy dress just to add to the atmosphere.