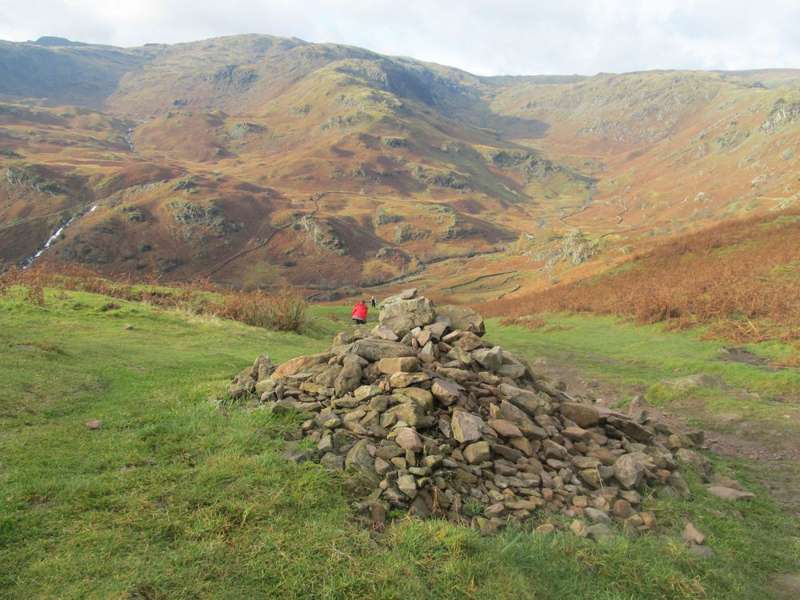 Buff up your boots and dig out your day pack

It’s time to buff up your boots and dig out your day-packs – ‘Get Walking Week’ is upon us (3 to 10 May 2014), a short walks festival promoted by The Ramblers, the UK’s biggest walking community. To help get the nation walking, here’s our pick of the 5 best walks in the north of England – short, long, quirky, challenging, off-the-beaten-track, and all pretty darned cool to boot. To boot. Do you see what we did there?

William Wordsworth, as we all know, wandered lonely as a cloud – he also tramped up hill and down dale almost every day of his life from his cosy cottage in Grasmere, seeking inspiration in the wild places in the lakeland fells. He could see Helm Crag each time he stepped from his door, with the summit rocks – known as the Lion and the Lamb – a brooding presence above the stone-grey village. Leg it up and down in an hour or two, or include it in a full day’s walk high along the ridges – composing poetry as you go, purely optional.

Everyone knows about the fabulous Northumberland coast, but – whisper it gently – neighbouring Durham’s is no slouch either. True, a century of coal mining and heavy industry has made its mark, but the clean-up has been remarkable and on the 11-mile Durham Coastal Footpath from Seaham you’ll see the Heritage Coast at its best. There are magnificent views, wooded valleys, sweeping grasslands filled with wild flowers and duned beaches – all just 15 miles from the city centre of Durham.

There are three famous ‘peaks’ in the Dales (Whernside and Ingleborough are the other two), but we plump for Pen-y-Ghent, the Sphinx-like 2,273-foot Yorkshire mountain that everyone should climb before they die. Why? Well, partly because it’s there, and partly because you get to have a pint of tea afterwards in the excellent walkers’ haunt of the Pen-y-Ghent Café, where they’ve been nursing blisters and offering advice for years to Three-Peak novices and fell-runners alike. Six miles, three to four hours up and down, and a ride on the Settle to Carlisle Railway if you fancy it, what more could you want?

Heather moorland is a rare thing – there’s probably less of it than tropical rainforest in the world, and 70 percent of what there is can be found in the UK. True fact. So the 5-mile moorland walk around the extraordinary natural amphitheatre of the Hole of Horcum is one for anyone fascinated by moorland nature, heritage and wildlife. You’ll pass Bronze Age barrows and ditches, and hear the call of moorland birds such as the curlew and lapwing. You can ponder the geological ‘spring-sapping’ that has eaten away at the cauldron over millennia (or did a giant scoop out the earth?). And if you come in late summer, you’ll understand why the iconic heather has such a hold on the local psyche, as it bursts into a purple blaze as far as the eye can see.

England and Wales have 15 long-distance footpaths known as National Trails, and we’re picking out one of the least-known and, frankly, one of the best darned walks in the whole of Europe. In 79 miles – from the Humber estuary to the seaside at Filey – you’ll amble through some of the most quintessential English countryside imaginable, from chocolate-box villages with Michelin-starred pubs to dramatic poppy-strewn slopes and rolling chalky Wolds farmland. It’s not hard-going – no back-breaking Pennine Way-style commitment required – but even if you’re not up for the full 6 days, you can duck in and out on a selection of lovely circular walks that take just a few hours.