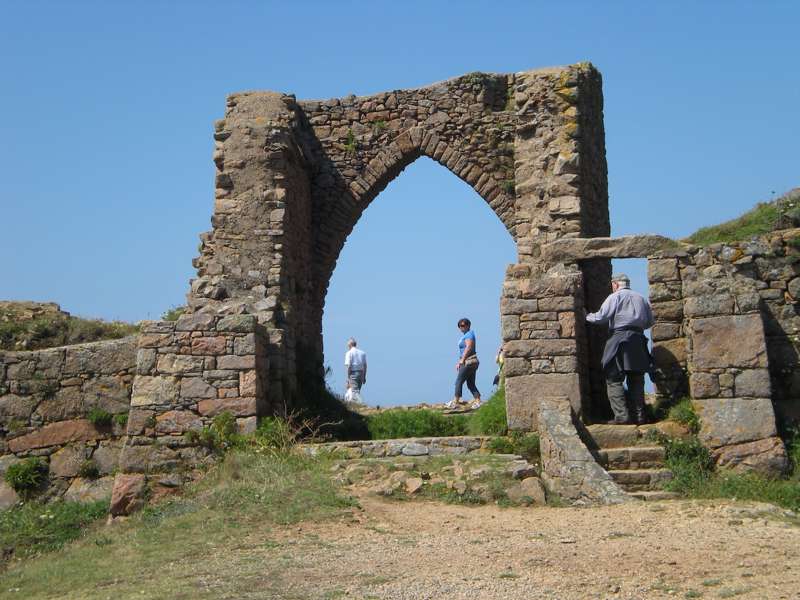 Actually closer to France than the UK but still technically part of the UK (they’re a Crown Dependency’ in case you were wondering), the Channel Islands have a slightly undeserved reputation as a bit of a stuffy destination, full of blazered tax avoiders and elderly retirees. But in fact the islands – Jersey, Guernsey, Sark and Alderney – are a lot more interesting than you might think, with an intriguing blend of the exotic and domestic. And, hey, they’re pretty easy to reach, with lots of regular flights to the largest island, Jersey, and a whole host of things to do when you get there. Plus the nice thing is it’s not hard to get around by public transport – although of course it’s easy enough to hire a car if you’re so inclined.

Take Jersey, which for such a small island provides an excellent destination for those who love to eat, not least at the fab Michelin-starred Tassili, where the emphasis is naturally always on local produce – including the island’s God-given Jersey potatoes, tomatoes and fantastic seafood.  Several big-name chefs have also opened restaurants in Jersey, including Shaun Rankin (head chef at the seriously yummy Ormer in the island’s capital St Helier) and Mark Jordan, whose high-end Ocean and more basic Beach restaurants are gaining loads of fans. If you’re really serious about food you should also check out the island’s ‘gourmet walks’ under the direction of Remi Couriard, who can take you all over the island – and not just on foodie walks either.

Jersey might also surprise you with its upcoming Jersey Live music festival, which this year runs overnight from the 31 August to the 1 September and is an intimate affair that’s about as far from the size and scale of Glasto as it’s possible to get. Last year they hosted Noel Gallagher, Professor Green, The Stranglers and others; this year it’s Fat Boy Slim, the Cribs and the currently ubiquitous Nile Rogers in a frankly fabulous Saturday line-up. More sedately, classical music enthusiasts could try to time their holiday in May to experience another annual island event – the Liberation Festival, held to commemorate the island’s freedom following the World War 2 invasion by the Nazis.