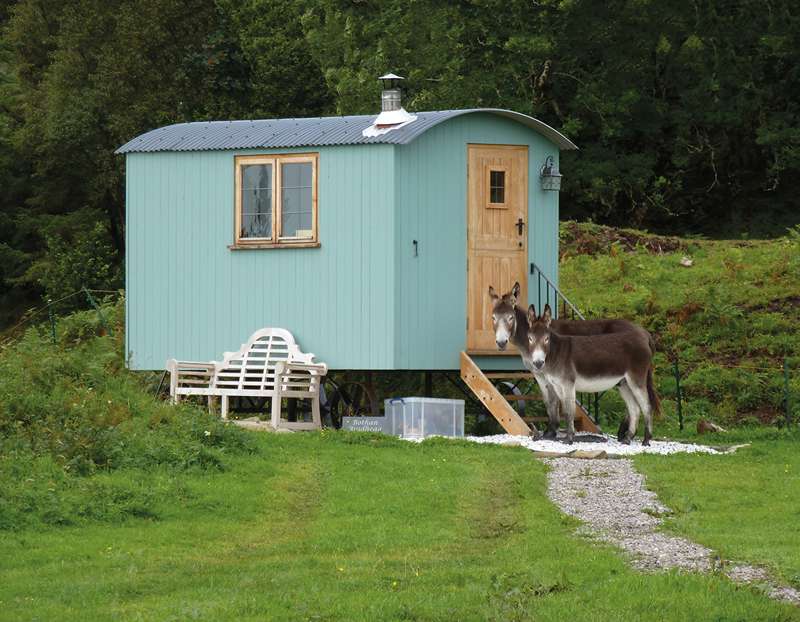 The perfect place to be at one with nature on Skye

It only seems fair that to discover a country’s most breathtaking scenery you’re sometimes required to trek right to its remote, outer edge, where turbulent seas and moody skies mold masterpieces of geology. This is certainly true of Skye, whose multitude of feathery peninsulas are fronted by Atlantic battered cliffs and a thousand sheltered bays, while inland dramatic mountain ranges rise like jagged teeth from boggy peat moors. It’s the sort of place that reminds you just how beautiful and wild the natural world can be.

Bang in middle of all this, Janet Ward's Skye Shepherd Huts gaze out onto grass-covered moorland and a shimmering lochan backed by a low fringe of mountains. There’s a truly wonderful sense of isolation here – silence, but for the wildlife, and starry nights that much of the rest of the UK simply can’t compete with. There are just two huts on the site, and Janet does everything she can to make a stay here truly special, arranging a time that’s convenient for breakfast and appearing with a tray laden down by whatever selection of goodies you’ve chosen from the menu – including porridge with Talkisker whiskey, eggs from her own hens, local organic sausages and bacon, Stornaway black pudding and more. Janet’s home is really just an extension of the campsite: the shower and toilet are in the hallway of her house, just a scamper down the white pebble path from your hut, and her barbecue is available to use if you want. Each of the huts sleeps two in a double bed; they have hot water and electricity and drying facilities, and there's an extra toilet in the summerhouse. If you want to eat out, there are lots of places in Broadford (about 5 miles to the north, where there are lots of other amenities, including shops), as well a few places for which you may need to don your gladrags, namely the foodie hotel, Kinloch Lodge, in nearby Sleat, and the excellent Michelin-starred Three Chimneys in Dunvegan on the west coast of the island.

For outdoor enthusiasts this really is paradise. Walking routes range from easy ambles along the coast, to challenging scrambles among the menacing Cuillin range, while mountain-biking and sea kayaking are just beyond your doorstep. Dog-owners are also in luck – Janet loves dogs and welcomes them just as much as any human (providing them with extra blankets and treats) She’ll even offer to dog-sit if you fancy heading out for dinner. But all this is mere detail: the great thing about staying here is the location, which is truly spectacular. Whatever you do, though, don't just stick around here, however comfortable you get – the whole of Skye and its glorious wildlife is out there waiting for you. Just walk out into the wilderness to enjoy it.

Huts have hot water and electricity. The shower room and toilet are in the hallway of the main house. The indoor BBQ or camping stove area is available to use during inclement weather. Otherwise folk can do their cooking in the immediate area around their huts. Guests should bring their own camping stoves and utensils to use. The summerhouse is being erected in time for Easter 2016, offering a weather-proof seating and chilling area with uninterrupted views of the mountains while guests enjoy a drink and a natter. A communal campfire area is also planned for Easter. Drying facilities and secure bike storage onsite. Laundry services are available in Broadford.

Glampers only and dogs very welcome (Janet can even host your hound if you want to go out for dinner at no extra cost!) Huts sleep two people in a double bed – so couples, solo travellers, or friends prepared to share a bed. No tents, campervans or caravans.

Bring bikes along to enjoy the empty roads and exciting multi-terrain routes or enjoy the endless walking opportunities, taking in the scenery and rich flora and fauna. Broadford, the second largest village on the island, has a tourist office (01471 822414) that is a good starting point, and has a good stash of maps. From there it's a 20-minute drive to one of the best tourist attractions on the island, the handsome 40-acre Armadale Castle Gardens (01471 844305), which include the remains of a neo-Gothic castle, a quaint little café and a library. It's also home to the purpose-built Museum of the Isles for swotting up on the surroundings.

A cooked breakfast is included in the price. Guests order the night before, and the breakfast is brought to the hut at an agreed time the next morning. Special diets can be catered for. Free-range eggs from Janet's own hens and high quality organic produce served where possible. Elsewhere, there are plenty of places to eat in Broadford, 5 miles away. For a special occasion try the Michelin-starred Three Chimneys (01470 511258) or Kinloch Lodge (01471 833333). For those dining with dogs, the Claymore restaurant (01471 822333) and the Gabbro Bar (01471 822204), both in Broadford, have friendly areas where you can eat and drink. Janet is also happy to dog-sit at no extra cost.

See Glamping in Isle Of Skye 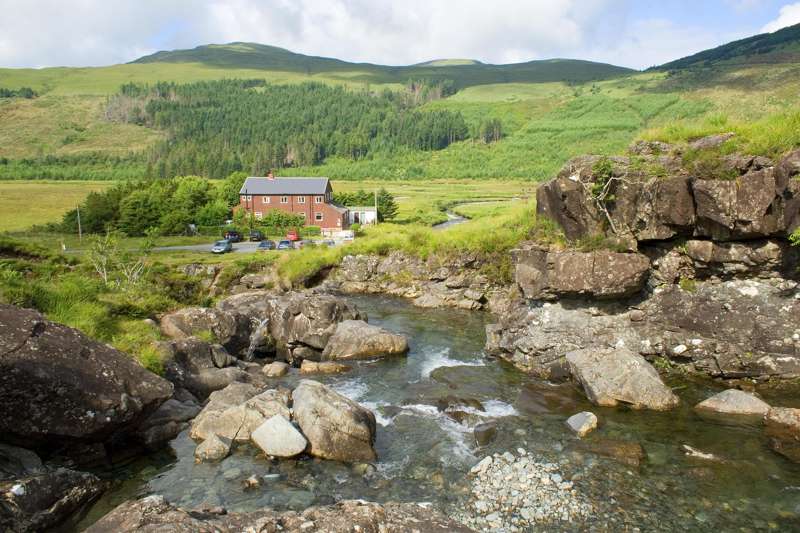 A rustic youth hostel set amid the rugged mountains of Skye.

A rustic youth hostel set amid the rugged mountains of Skye. 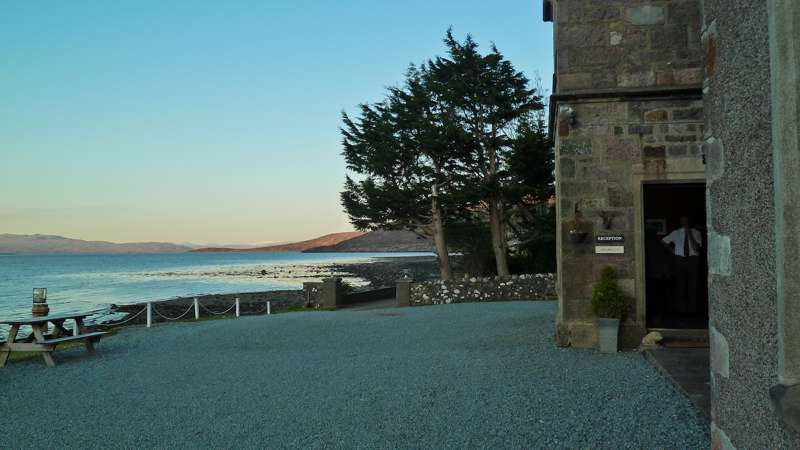