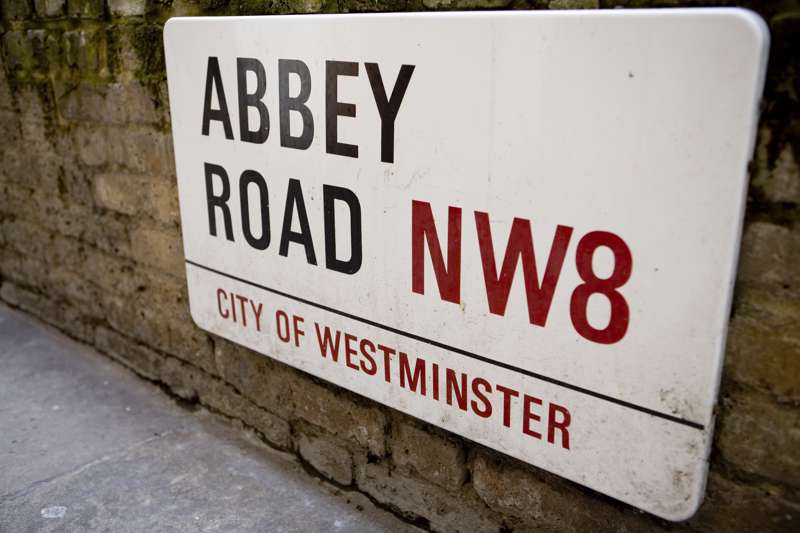 Everyone's talking about Davie Bowie Is – the Bowie homage-cum-exhibition that opens on March 23 at the Victoria & Albert Museum – and fair enough: it sounds like an awesome show and we'll be attending ourselves in a week or two. But tickets are hard to come by and aren't particularly cheap, so we got to wondering about places to pay rock homage around the capital in the meantime. London's a music city par excellence and is littered with reminders of the rock gods, guitar heroes and winsome singer-songwriters who have lived, played and died here over the years – and, what's more, they're free. Needless to say the grizzled old rockers in our office had a lot of fun putting together our Top Ten Rock Sights in London, but young or old, it's a hellraiser of a tour.

Created and part-owned by two members of Iron Maiden, and run by someone who toured with the Damned and Thin Lizzy, it's no surprise that this boutiqey, Sohoey joint is something of a modern-day hangout for rock royalty and wannabes.

You wouldn't recognise it now, but this centra London address is the one pictured on the front of Bowie's Ziggy Stardust – one of the most iconic album covers of all time – and a year ago they stuck up a plaque to prove it, unveiled by none other than Gary Kemp. Not Five Years then, but Forty.

No rock and roll tour of London would be complete without stopping off here, a beer-stained grungy basement that – although primarily a jazz venue – has witnessed some of music's greatest names over the years, from the first performance of the Sex Pistols (with Siouxsie Sioux on drums) to an impromptu gig by the Stones at the height of their 1980s fame. Unsurprisingly numerous rock legends lent their support to the campaign to keep it open last year.

It looks rather respectable but there aren't many London addresses with a richer rock and roll history than this Georgian terrace, first home to Ringo Starr in the mid-1960s, then Jimi Hendrix – he wrote The Wind Cries Mary here, believe it or not; and later John and Yoko shot the cover of their Two Virgins album in the front room.

As one of north London's major historical attractions it hardly needs any introduction, but who hasn't wanted to join the queue of Japanese tourists posing as the Fab Four on the crossing? And the nice thing is it's still a functioning studio.

It's now a serviced apartment block, used by bankers and their high-net-worth clients, but it was here – in room 507, so they say – that the late, great Jimi Hendrix breathed his last.

It closed in 2009, but the building is still there, and a potent reminder of the many, many great albums that were recorded here, from Are You Experienced? to Who's Next? to Physical Graffiti.

Marc Bolan crashed into a tree on Barnes Common in 1977 and died from his injuries, but for a long time all that marked the spot were the flowers and messages left by the faithful. In 2007, however, a headstone was erected to commemorate the glamrock singer/songwriter, who would this year have turned 66.

Is there a pub in London that has the rock and roll pedigree of Camden's Dublin Castle, still hosting bands and DJs after three decades?  Madness started here, but it's staged many other aspirant big names, from Billy Bragg to Blur to the Killers, and of course plenty more that are lost for all time. Still a great venue, and worth stopping by just on the offchance that you can say 'I was there...'

The long-established staff canteen of the Camden demi-monde, Amy Winehouse was pretty much a regular here, but let's face it, come by any night and you're almost guaranteed to see someone famous. There's plenty of memorabilia, too, though hideous rumour has it it's going to receive the heritage treatment.