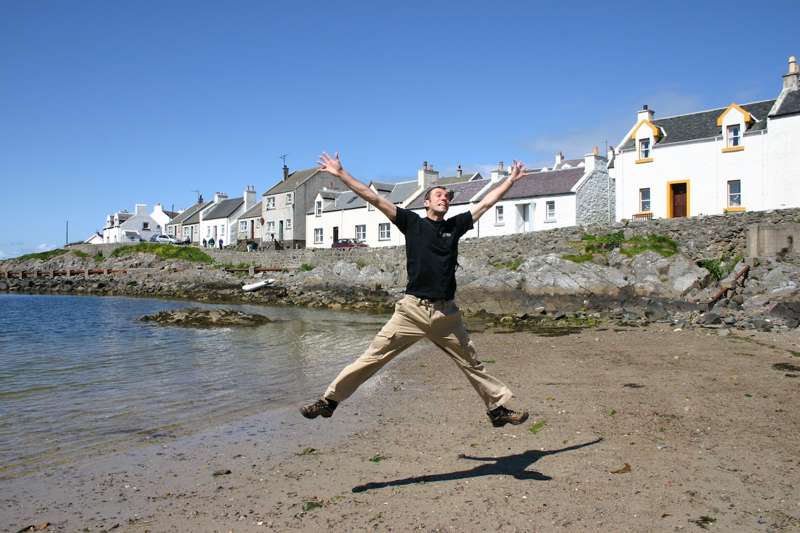 The ‘Isle of Mist’ is a spectacular island. It boasts a jagged coastline, a sprinkling of lively settlements, superb restaurants and a whisky distillery. It also has no less than a dozen Munros (mountains over 3000 feet), to tempt hill-climbing folk. The largest of the Inner Hebrides, I reckon you could spend a month here and still have plenty to do, whether you are an avid walker, accomplished sea kayaker or just want to pootle around the rich bounty of craft shops and galleries, meeting the artists as you go. The capital of Portree is a popular base, and gastronomic attractions include the famous Three Chimneys (once voted one of the world’s top 20 restaurants), the Isle of Skye Brewing Company and the Talisker Distillery, home of Skye’s distinctive peaty single malt whisky. If that is not enough, you still have impressive castles like those at Dunvegan and Armadale to explore, ferry rides to neighbouring isles to enjoy and those epic, Munro-strewn Cuillin mountains to admire.

The Isle of Mull, which lies just a short and scenic ferry ride from the busy port of Oban, has emerged over the last few years as Scotland’s wildlife hub. This is an epic wildscape, where the land is awash with red deer (the UK’s largest land mammal), the skies alive with eagles (both golden and the rarer sea eagle), the coastline busy with otters and the waters awash with a multitude of our marine mammal cousins – an array of tour boats now regularly venture out in search of the likes of porpoises, dolphins and minke whales. Killer whales have also been spotted in the local waters.  Mull’s main settlement of Tobermory makes a great base, with a choice of places to eat, such as the excellent Café Fish, where local seafood stars. The island also offers the spectacular castles of Duart, Toronsay and Glengorm. Then there is excellent walking, with Ben More, the only island Munro outside of Skye.

This bijou island in the easily accessible Firth of Clyde is much eulogised as ‘Scotland in Miniature’. The moniker is for me an apt one, as the Highland Boundary Fault cuts right through the island’s heart. In the south the lowlands are a land of rolling hills, sandy beaches and rich pastures that are ideal for dairy cattle, which help furnish the island with the milk it needs for the production of its renowned cheese. The north is mightily mountainous, with vaulting peaks, jagged ridges and dramatic glens where red deer roam free and the elusive white stag hides away. Arran boasts a thriving array of cottage industries, with the likes of now famous Arran Aromatics and the Island Cheese Company, not to mention a chocolatier, whisky distillery, brewery and the Wooleys Of Arran bakery. The latter, in the island capital of Brodick, are the talents behind the legendary ‘Arran oatie’, which is the perfect complement to the multi-award winning Arran Blue cheese. Then there are castles, standing stones, stone circles and much more, on an island that really lives up to its billing.

Half an hour by plane from Glasgow, Islay would be worth going to for its whiskies alone, with no fewer than eight distilleries producing a whisky that is renowned for its fiery, smoky and salty intensity – Ardbeg, Bowmore, Lagavulin, Laphroaig, Kilchoman, Bruichladdich, Caol Isla and Bunnahabhain. Most of the distilleries offer tours, with some also home to shops and cafes, and the rest of the island a perfect backdrop for this spirit magic. In the distance, the Paps of Jura provide the mountains Islay lacks with a choice of sweeping sandy beaches and some of the most impressive geese migrations in Europe too. There is a rich vein of history to explore as the island was also home to the mystical Lords of Isles, who once ruled a large sweep of the Hebrides from their base in the centre of a wee loch in the heart of Islay. No matter what you choose to do, the day almost inevitably finishes with a wee dram, best enjoyed in one of the cosy pubs of the Islay capital of Bowmore, where even the water in the local swimming pool is heated by a whisky distillery.

Although often dubbed the ‘Long Island’ the Outer Hebrides is actually a whole archipelago, stretching 210km from Barra Head in the south all to way to the Butt of Lewis in the north. Much of the archipelago’s western fringes are lined with mile upon mile of starched white beach. The largest island is confusingly Lewis and Harris combined (though it's often treated as two separate islands), which offers everything from white sand beaches and rugged mountains, through to mysterious old brochs and stone circles. Barra is often described as the ‘Outer Hebrides in Miniature’ and as well as living up to the billing for me it also offers the chance to experience the world’s only scheduled beach landing and take off. In 2014 new live aboard week long cruises started out to the ultra remote St Kilda archipelago, a further 40 miles west of Harris, with Hebrides Cruises.

Robin McKelvie is a travel writer, blogger and broadcaster specialising in Scotland. He is a regular writer for holiday rentals website www.homeaway.co.uk, who have a range of properties throughout Scotland.