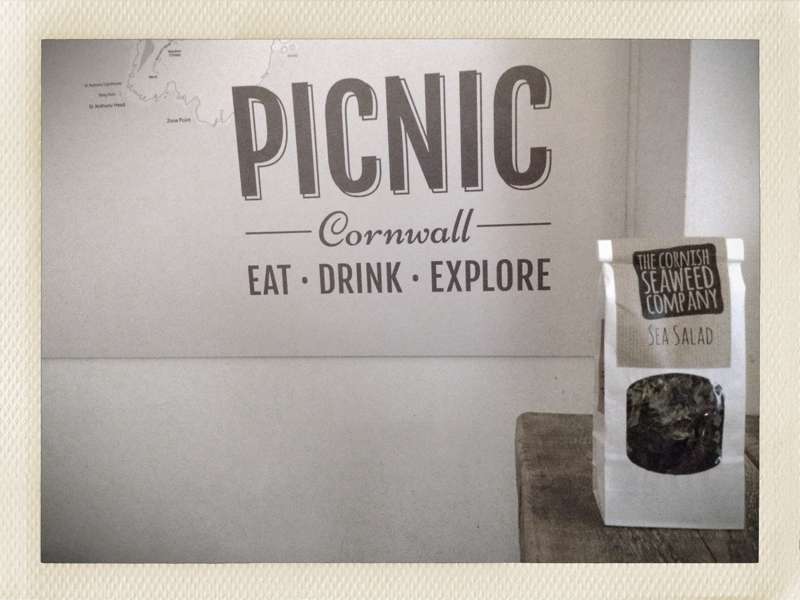 The secrets of seaweed

630 miles of Cornish coastline = a lot of seaweed.

In Japan and other seaweed-munching locations, such is the demand to consume what us Brits consider literally to be a weed, there is barely any natural stock left.

Not so in Britain, where – Wales excepted – most of us don’t have a clue what to do with seaweed, despite some rather awesome flavour and health benefits that make blueberries look like yesterday’s superfood news. Seaweed is packed full of carbohydrates, proteins, minerals and vitamins and is even being used as the latest weapon in the war against obesity: the alginates found in kelp are thought to help reduce the amount of fat the body digests.

Caroline and Tim recently set up The Cornish Seaweed Company, and have different ideas about bringing algae back into our kitchens and onto our plates.  After a tricky few months getting a license to grow and pick seaweed, they enjoyed their first harvest in 2013. The seaweed is cut with scissors at low-tide along a five mile stretch on the Lizard, and conservation is a priority: “We make sure we are sustainable, “ explains Tim. “For example, we don’t cut the whole plant, and everything is done by hand.”

The pair are under no illusions that incorporating seaweed into the English diet is a tough undertaking. Tim concedes that “people find it difficult to cook with – they’re just not used to it.” But with products such as seaweed pesto, seaweed crackers and seaweed salt (a healthier alternative to salt) available soon, this plentiful plant is set to become a lot more palatable.

Above all it’s a great addition to more traditional dishes: dried flakes of seaweed are a very simple way of getting more minerals and vitamins into your life, and top chefs are already using them to add extra flavour dimensions, “It’s so easy to add to any dish, just 5–10g is enough; add it to omelettes, soups, mash, potato salad, pasta sauce, or as a marinade for fish,” Tim explains.

Seaweed is also the original ‘umami’ flavour, or ‘yummy deliciousness’, as it translates from the Japanese. The ‘umami’ taste was first identified in dashi, a rich stock made from kelp, and seaweed is a natural source of MSG.  A recent seaweed-themed evening dinner at the excellent coffee shop and deli, Picnic Falmouth, showcased the versatility of the product: a bed of seaweed spaghetti under local bream added meaty depth and a curious but appealing texture. It can also be eaten raw and has a flavour similar to asparagus. The dessert – pannacotta – was made with carrageen, which is extracted form seaweed, boiled and the water then strained to produce a vegan version of gelatin. Not only is it regarded as an aphrodisiac but is also used as a remedy against the common cold.  Who knew…?

With such superfood properties to recommend it, it is a wonder that seaweed remains such an untapped resource. Perhaps the Cornish Seaweed Company is riding the crest of a bigger wave.  For more information on the company and different types of seaweed that are good to eat, click here. And for more foodie wisdom from saffronbunny click here.