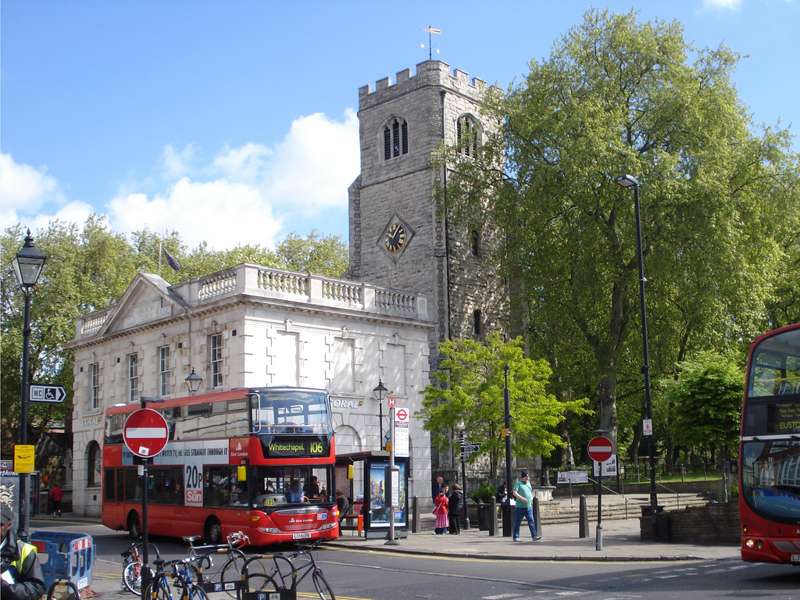 Ever wanted to learn how to play the ukulele? How about mastering the art of Indian cuisine? Maybe you fancy the idea of writing your own sitcom? Well thanks to a new London-based social enterprise, The Amazings, you can do all this and more. The eponymous 'Amazings' are a group of locally based over-50s, most of whom are retired or on the cusp of retirement from full-time employment. Not yet ready for the pipe and slippers, these ingenious seniors are recruited by The Amazings to share their skills, passion and wisdom with the local community, which for the moment is largely based around Hackney, Islington and neighbouring areas. Sure, our generation might know how to sync our Spotify playlist with our Facebook page, but can we fix a bike, hem a skirt or make our own jewellery? If, like me, you can't help but feel, well, a little less resourceful than our parents' (and grandparents') generation, The Amazings' philosophy will strike a chord.  As founder Kate Harris puts it, "We see the potential to change learning; the opportunity to re-think retirement; the possibility of bringing together communities; and the chance to bring back the make-do and mend spirit".

From its humble beginnings in 2012, The Amazings now features close to 50 courses, ranging from Cuban salsa and perfumery to street photography, humanist philosophy and even a wild foraging course in an East End cemetery. With big plans afoot, this unique community venture has also launched a series of online courses before spreading the gospel nationwide later in the year. Besides their skills and time-tested knowledge, the Amazings have more than a story or two to tell, whether it's guitar teacher John, former Strangler and founder of guttersnipe punks, The Vibrators, or 'screenplay surgeon' and Hollywood mogul, Bobette. Then there's 'dolly-up-your do' expert Michael, former crimper to the stars. "Which ones" you ask? You'll have to book a session to find out.

So it was with my curiosity sufficiently piqued, I enlisted a couple of mates to join me on an unseasonably blustery Saturday for a guided history walk of Hackney with Sean Gubbins, an expert local historian and history teacher who has been conducting guided walks of Hackney and London Fields for over 10 years – in short, the perfect guide for what would prove to be a truly illuminating afternoon. Having lived in the area for several years and considering myself something of a history buff, I'm ashamed to say I know astonishingly little of the pavements I pound every day.

Our 20-strong group congregated outside Hackney Town Hall – a a refreshingly mixed bunch of locals (young and old), joined by several sets of tourists including an intrepid German couple, modish teens from the Far East and some newly ensconced students from the US and Brazil.  Sean gave us a potted history of the local landmarks; the Hackney Picturehouse, formerly doomed 'super club' Ocean; the Hackney Empire – onetime host to Charlie Chaplin (its original grandiose structure was built, amazingly, over just 5 months); Sylvester Road, from where, if you had stood in 1854, you would have witnessed a caravan of Royal Palm trees en route to The Great Exhibition – indeed Hackney was once a veritable bucolic paradise, with Europe's most famous nursery garden and hothouse located just off Mare Street. Away from the smog-filled City of London, the children of the London aristocracy were sent to the coveted schools of this leafy village for the panacean properties of the countrified air. Consequently, Hackney and the neighbouring villages became something of a rural retreat for the nobility – none other than Henry VIII had a palace at what is now Lea Bridge Roundabout. Hot air balloon pleasure rides set off from its bowling green, and Samuel Pepys was a regular visitor, escaping the City of London to imbibe the ales and country air, gorge on exotic fruit and admire the bejewelled lovelies of Hackney. Anyone who's flaneured down Broadway Market of a Saturday afternoon will appreciate the symmetry.

Sean drew our attention to one of the borough's brown plaques on what is now a Primark – MARY WOLLSTONECRAFT 1759-1797 Author of ‘A Vindication of the Rights of Women’ Pioneer of women’s rights and mother of Mary Shelley stayed in a house on this site in 1784. Hackney? A hotbed of dissent and radicalism? Some things never change.  Onward we went to Hackney's oldest building, St Augustine's Tower, the last remaining remnant of the 13th century church. Scaling the 135 spiral steps to the Grade I-listed tower's top, the views are stunning: the old adage that London is a city of villages feels somehow all the more pronounced from our medieval vantage point.  Adjoining the same churchyard, the cavernous Church of St John-at-Hackney contains many fine Tudor tombs. Perhaps its most famous Tudor association though is with Edward de Vere – 17th Earl of Oxford – better known to many literary conspiracists as the real Shakespeare. De Vere lived in Stoke Newington from 1592 but moved to Clapton in 1596 with his second wife when he retired from court life. Upon his death, destitute De Vere was buried in the church grounds, though sadly his grave was lost when the original church was demolished to make way for St John.  As Sean reminded us with a wry smile: were the conspiracists correct, "Hackney-upon-Lea would be famous the world over, not Stratford-upon-Avon".

Our tour concluded at Sutton House. The onetime country retreat of Tudor diplomat Sir Ralph Sadleir, this gorgeous red-bricked building at the corner of Homerton High Street has been home to statesmen, Huguenots and new-age squatters over the course of it's eventful 500-year history. Inside, Sean guided us through ornate wood-panelled rooms to the peaceful courtyard – a true urban oasis, and a fitting way to end our tour. Thanks to our amazing guide Sean and one truly amazing organisation, I'll never look at Hackney in the same way again.