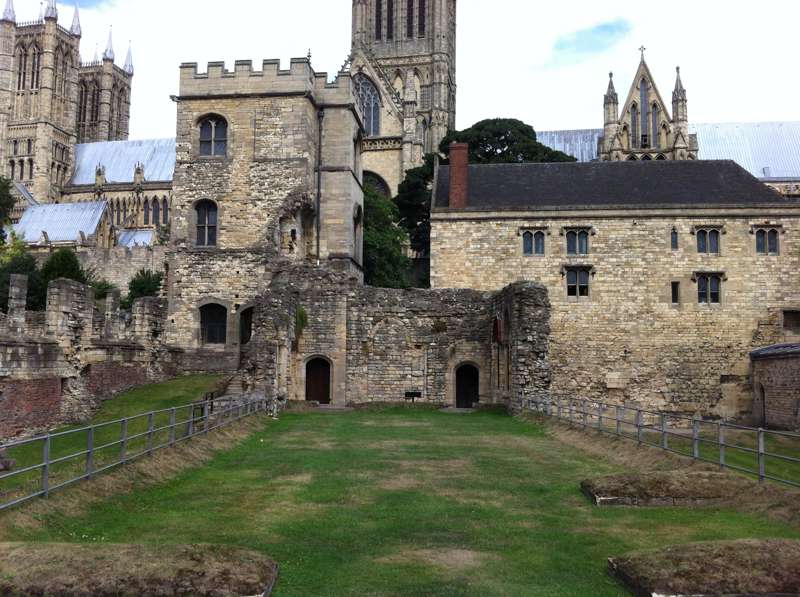 Tucked away behind a stone wall metres from the cathedral are the bruised ruins of what was in its day the most magnificent building in Lincoln, the former Bishop’s Palace. The bishops were no slouches when it came to comfort, and their palace held two great halls, a splendid chapel and deluxe private chambers – and the remains of all are still clear to discern. Cromwell’s soldiers did most of the damage during the Civil War when they were garrisoned in the palace, though it seems unlikely that they started the fire which made the place uninhabitable. As an added bonus, there are fine views over Lincoln from both the palace and the attached gardens.