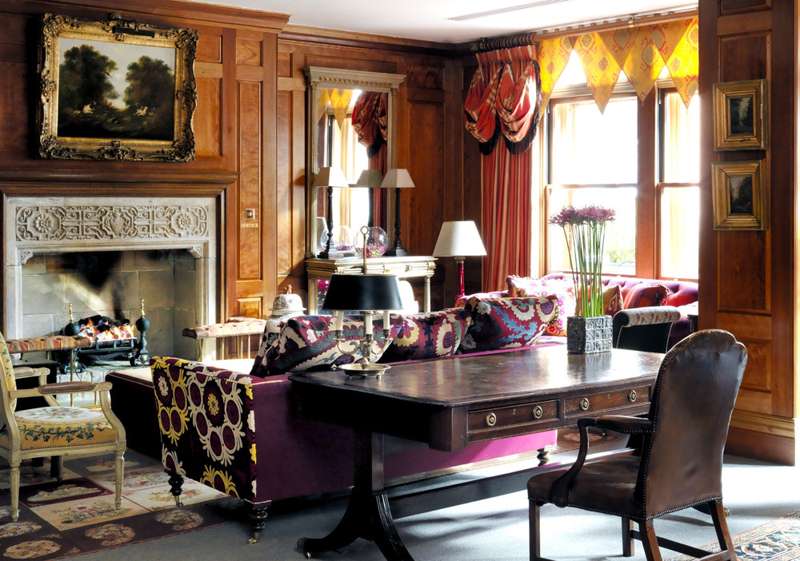 A weekend in London

If you're considering a trip to the capital, there's never been a better time – the weather is improving (sort of), it's not yet cram-packed with tourists, and best of all it's the venue for two superb if very different exhibitions that have just opened: David Bowie Is at the Victoria & Albert Museum and Life & Death in Pompeii & Herculaneum at the British Museum – both of them stellar events that could fairly claim to be unmissable, and certainly enough of a draw to bring you to the capital. While you're here you may as well make the most of it so we've picked some of our favourite places to stay, eat and drink – places that Londoners may know about but are off the main tourist trail yet close to some of the city's best shopping,  and an easy walk or tube ride from the objects of your desire.

You can stay on Leicester Square and still be cool, at this latest outpost of the nose-to-tail restaurant chain. The cheapest rooms are, well, pretty cheap, for the location and this level of comfort. Plus the restaurant downstairs is the perfect place for a spot of comfort food after a hard day's cultural sightseeing.

Not the cheap option by any means but if you want to be in the heart of Soho at a full-service hotel, this is the place. Lovely bright rooms withwifi and Ipod docks and huge floor-to-ceiling windows, an on-site cinema, and one of the nicest hotel bars in the capital.

What to say about this long-running central London stalwart, which offers simple well-furnished rooms in the heart of Covent Garden? Situated on a pecaful pedestrian alley, you could barely be closer to the opera house, and although there's no breakfast, bar or, well, anything much really, you're so well located it barely matters. For the price, it's a steal.

Clubby styling and roaring fires at this boutiquey Covent Garden option, where you can make believe you live in London for a night – plus you're just a ten-minute walk from the British Museum. A rather irresistible downstairs cafe and brasserie, too, which does a good line in afternoon tea.

This Finnish café is a long-running favourite of ours, serving fabulous cinnamon buns, great coffee and, er, mashed potato pies in a cool Scandinavian environment.

Restauranteur Russell Norman made his name and fortune by evioking by evoking the backstreet wine bars of Venice, but this is a real departure, preferring the food – and cocktails – of a Jewish deli. A fun spot for anyone who's after upscale home-cooking like your imaginary Jewish grandmother used to make. Need we say more?

There's nothing like a good wine bar, where you can eat as much or as little as you like, and you can expect a decent wine list, by the glass or bottle. The great thing about the food here is that the best is for sharing, making for a sociable and always delicious experience.

No so long ago this was an average pub on the fringes of Covent Garden that catered to a mixture of tourists and theatreland refugees. Now it's a top-notch Spanish-inspired, tapas-inspired, pig-inspired sort of place whose sharing platters will have you shouting for more.  Sit downstairsa in the bar area rather than in the stuffier upstairs dining room.

The Caldesi family hail from Tuscany but they have very much cornered this desirable part of villagey Marylebone with their cooking school and this – the sort of buzzy neighbourhood Italian everyone would like to have on their dorrstep.

There comes a time when only a proper pub will do, and if so the venerable old Lamb & Flag, tucked away down an alley in the heart of Covent Garden, might just fir the bill. It's not big and it's not clever; and it perhaps doesn't even stock a stellar range of ales. But if you're fantasising about living in London you could just about make believe this was your local.