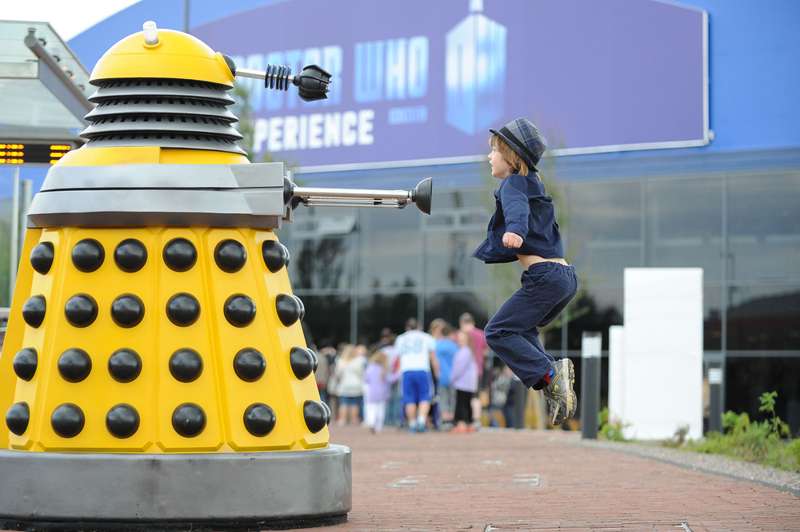 What to do with the kids this Half-Term

Seems unfair, doesn't it? We're still struggling through winter and then half-term comes along. It's hard enough to keep the kids entertained in summer let alone during a cold grey week at the end of February. However, the great thing about the UK is that there are always loads of interesting things to do if you're prepared to get out and about – and during half-term week many already-great attractions rise to the challenge of catering to both wide-eyed little ones and sullen teenagers. Here's our pick of things to do around the country – and if you're staying overnight, you'll find lots of places to stay and user reviews at Zoover.

Warm yourselves at the great Boogle-Wish bonfire, make a wish for the coming year and collect the wishes of all the Bewilderwood characters to claim a prize. Always great fun – just pray for reasonable weather.

One of Britain's best-preserved ancient fortresses re-opens for the season at half-term, with archery lessons and competitions for aspirant medieval snipers.

Brighton's Science Festival lays on a weekend of science in its Bright Sparks event – everything from hissing cockroaches to the sound of bubbles, the secrets of elite athleticism to stomach-churning gyroscope rides. As much of a treat for curious parents as for the 7–14-year-olds it's aimed at.

The Dr Who Experience, Cardiff

You can earn some real parental credits with this one – the official, interactive, humungous exhibition of the TV show, much of which is filmed in the area.

While everyone's trying to kid themselves that winter's nearly over, the beat goes on at the Leeds outdoor ice rink until the end of half-term – just the thing for a last chance to dance on ice.

It might not be everyone's cup of tea, but at this, the largest collection of military hardware in the UK, you can book a ride on your very own tank. One for the boys, perhaps..

This is admittedly one for our better-heeled readers, but the 'family sleepovers' at Pendennis Castle are undeniably a treat – with dinner, games and activities and spooky stories before being shown to your quarters for the night.

There are activities all year round at this wonderfully accessible slice of the Cairngorms National Park, from mountain-biking to quad-bike trekking to archery and a fabulous 'Treezone', complete with high zipwires, Tarzan swings and more. A great option for wearing out hard-to impress teenagers – and, let's face it, good fun for parents too.

The Tower of London is a great place for kids at ay time of year, but its dark nooks and even darker history are particularly captivating at February half-term, and this year they're running their 'Beat the Block' re-enactments of the Wars of Roses several times a day. Which side will you be on?

Always a great venue for kids, but they are opening a new series of rooms on the weekend before half-term as part of 'Warwick Castle Unlocked', including the reputedly haunted Watergate Tower, an ancient bear pit and the tower-top Guards Room.