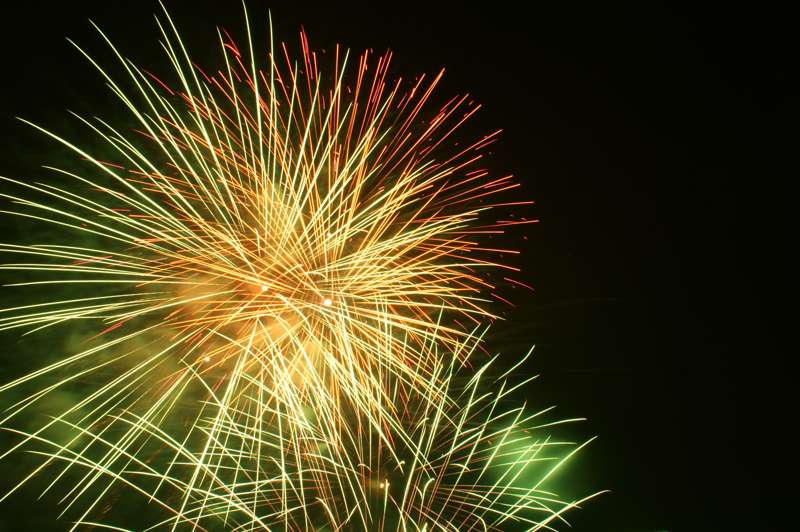 All hail the fires of Lewes

Everyone knows that the first week of November hosts one of the eccentric English’s most irresponsible, unruly and downright dangerous festivals -– Bonfire Night. Human effigies are burned in back gardens, and fireworks are set off at gatherings that range from small family parties to huge civic events attracting thousands, sending pets into hiding across the country. In the otherwise modest market town of Lewes, in Sussex, things are taken to extremes, however, that leaves the rest of the country far behind. Not for nothing has Lewes been called ‘Bonfire Capital of the World’.

Imagine a head-on collision of Halloween and Mardi Gras and you’re well on the way. Forget your limp hotdogs and lame sparklers – for real pyrotechnic madness, Lewes is King. The town closes to traffic, shops are boarded up, pubs fill to overflowing with pre-booked parties, and mayhem breaks loose on the streets. Lewes has everything a proper bonfire party should have – flaming tar barrels, processions of costume-wearing locals wielding burning crosses and blazing torches, dozens of marching bands, and not one but SIX separate bonfires and firework displays to round off the evening.

The key to enjoying the event is to come well prepared and to get here early.   The various processions start from 5pm, but it’s worth arriving earlier to soak up the electric atmosphere as the town gets ready for the biggest night of the year: there’s a real sense of anticipation in the air, as shopkeepers board up their windows, tar barrels are rolled noisily through the streets in preparation for the night ahead, and crowds of stripy-jumpered locals – the Bonfire Boyes and Belles – mill around the pubs, letting off ear-splittingly loud ‘rookies’ (agricultural bird scarers).

The processions – of which there are dozens throughout the evening – follow pre-defined routes, with each of Lewes’s six official ‘bonfire societies’ (each with its own coloured stripy jumper and traditional dress – Mongol warriors, monks, Tudors, Vikings and more) parading up and down the town’s hilly streets, before five of the six societies unite for the ‘Grand United Procession’ along the High Street, joined by more than two dozen visiting Bonfire Societies from outlying towns and villages. Each society then follows its own route to its bonfire site on the outskirts of town, for huge, unforgettable firework displays that light up the sky for miles around – it’s just a matter of following the procession of your choice to its fiery end (though for the Cliffe bonfire you’ll need to get tickets in advance).

Nowadays of course, anyone propose starting a festival along the lines of the Lewes Bonfire Night would be declared insane: no local authority could seriously consider cramming tens of thousands of people, many of them drunk, onto the narrow streets of Lewes, much less having them mingle with processions carrying flaming torches; and indeed there have been regular attempts to ban or reduce the scale of Bonfire Night, for example in 1992, when a large policeman’s head was burnt in effigy. But the Lewes Bonfire Societies, who organize the proceedings, still hold sway in Lewes, and for that we should all be truly thankful. Not only is it a link to Britain’s cultural history that is still pursued with vigour – the event not only marks the unmasking of the 1605 Gunpowder plot but also commemorates the town’s seventeen martyrs who were burnt to death fifty years earlier during the Marian Persecutions – it is still very much of the present too, with effigies of both popular and unpopular characters being burnt on bonfires all over town.

Lewes Bonfire Night takes place on November 5 (unless it falls on a Sunday, when it’s held on the Saturday instead). Wrap up warm, don’t bring small children, make sure you’ve got lots of change for the collection buckets, and try to come on a year when the 5th falls on a weekday (like this year) to avoid the worst of the crowds. Don’t drive; car parks and street parking fill up very early, and roads into town close from 5pm. Your best bet is to stay overnight, though you’ll need to be organized, as B&Bs and hotels get booked up months in advance (book ahead now for next year if you’re clever). It's worth knowing also that if you can’t make Lewes, or you want something a bit less crowded, dozens of other bonfire societies around Sussex also hold their own, smaller events in the months preceding and weeks following November 5 (dates vary from year to year), amongst them Hastings (this year Oct 17), Seaford (Oct 17), Fletching (Oct 24), Littlehampton (Oct 31) and Rye (Nov 14). Top tips for accommodation if you want to book ahead for future years are the lovely Blue Door Barns just outside Lewes, the Old Rectory in Hastings Old Town, No 5 The Lawn in St Leonards, The Bull in Ditchling, the Ram Inn at Firle and The Griffin Inn at Fletching. Also worth considering is Nevill Bonfire Night in Lewes, which takes place a few weeks before the main event, and is a much more child-friendly affair.