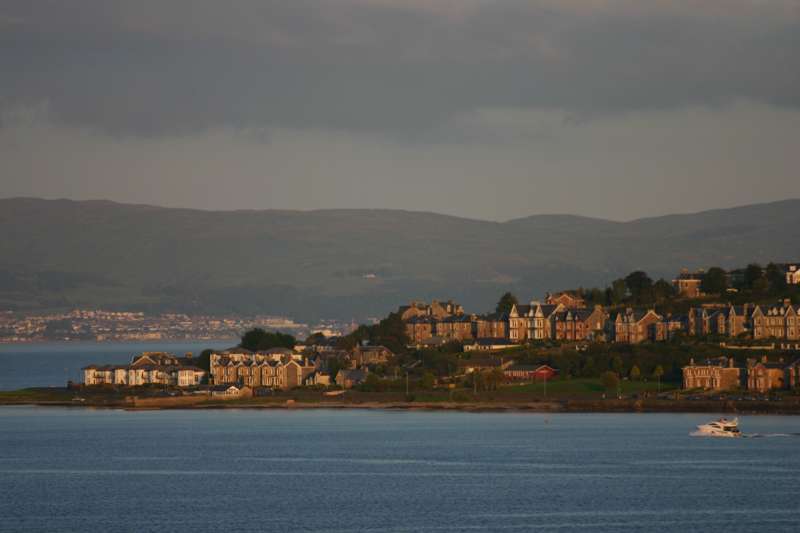 Exploring Bute with the kids

With over 800 Scottish islands it can be hard to pick one to visit. Each has its own appeal. However, one in particular stood out for me when I was looking for an easily accessible, relaxed family break, the Isle of Bute. Bute really has it all, from sweeping beaches with shallow waters and easy walks, through to fairytale castles and family friendly restaurants, as I discovered when my wife and I, with our two wee girls in tow, followed in the paddle steamer steps of generations of Scots and headed ‘doon the watter’.

Bute is one of the easiest Scottish islands to get to, just a half-hour scenic CalMac  ferry ride from Wemyss Bay on the Firth of Clyde, itself just a short rail trip or drive from Glasgow. Before the advent of cheap travel this was where most Glaswegians came for their holidays. On board the appositely named MV Bute, we watched the island rear into view as we picked out the places we wanted to visit.

On arrival it was straight on to an open-top bus for a tour of the island’s highlights. We were beguiled by its diverse scenery: the Highland Boundary Fault runs right through Bute, so the island is literally ‘Scotland in Miniature’, with the rolling hills and sandy bays of the south giving way to a more ruggedly savage gnarl of hills and cliffs in the north. Given its quiet roads, bikes are a great way to get around. We cycled south from the capital Rothesay – a charming old Victorian resort laden with impressive architecture – to Mount Stuart. There is nothing quite like Mount Stuart anywhere in the isles, a lavish palace built in the 1870s by the Marquess of Bute when he was the world’s richest man – living, incidentally, in the world’s second richest country. It is a riot of marble and gold, genuinely breathtaking; and a cute treasure trail for the kids culminated in a chest where our quiz answers revealed a combination that opened its latch to reveal the sweetie treasure. Their grounds are immaculate too, and have not only an adventure playground but also a family friendly restaurant laden with local produce.

Bute enjoys a famously mild climate and true to form it was scorching on our visit, so we cycled over to Ettrick Bay, my favourite on an island that is awash with memorable beaches. I waded out and out with my young ones in the shallow waters without the sea ever getting above my knees. Backing up the beach is a wee playground and the legendary Ettrick Bay Tearoom – a wonderfully old-school retreat that does a good line in milkshakes and burgers, ideal for hungry little ones. Daddy was also impressed to find that Bute is becoming something of a foodie destination. Down at the family friendly Kingarth Hotel  I savoured a chunky fillet steak from one of Bute’s many farms, before poshing it up a bit at the brand new No 29, where I savoured local langoustines and plump pan-fried king scallops, served with Bute seaweed – the latter said to be a favourite of Jamie Oliver.

Holidaymakers have been coming ‘doon the watter’ to Bute for over a century so we finished our trip in the resort town of Rothesay in traditional fashion. We enjoyed a round of putting on the vastly impressive Victorian esplanade, grabbed some superb homemade ice cream at long-standing local favourite Zavaroni’s, and then popped for a last island flourish into the Victorian toilets on the pier. These recently refurbished gems still work exactly as they did a century ago, which utterly fascinated my four year old, and was the perfect end to a perfect family holiday.