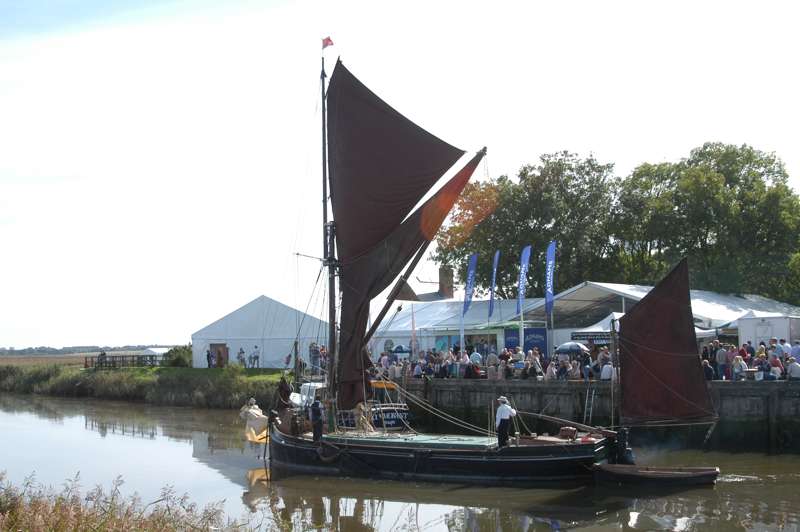 It's better known for its arts festival in June, but come the end of summer Aldeburgh has another trick up its sleeve, with its excellent and burgeoning Food and Drink Festival, held for the past eight years over the last weekend of September, and becoming equally renowned among foodies and non-foodies alike.

Like the arts shindig, it's held at the Snape Maltings complex on the banks of the Alde river, and is now bigger than ever, hosting over 90 food and drink stalls from all over Suffolk. There are two demonstration stages, a busy programme of workshops, and the whole thing is followed by two weeks of Fringe events hosted by local businesses. It's a great event, and this year promises to be bigger – and tastier – than ever.

Around the site you will find many stalls selling food to enjoy there and then, including delicious sausage sandwiches and pizzas, cider from Suffolk cider maker Aspall's or beer from the long-running Southwold brewery, Adnams. There are dozens of producers selling their wares, most of whom are always happy to chat and let you try their products; and on two demonstration stages there's a busy programme of cookery demonstrations from well-known and local chefs profiling Suffolk produce, as well as a series of workshops, including wild food foraging, wine and beer tastings and children's cookery workshops. This year's celeb attendees include Masterchef winner Naalie Coleman, Sam and Sam Clarke of Moro in London, TV chef Valentine Warner and Michelin-starred chef Galton Blackiston from Norfolk's Morston Hall, all of whom come here to celebrate the variety, quality and abundance of Suffolk food and drink.

Perhaps the best part of the event, though, is the Fringe Festival, which runs for two weeks after the main weekend. The Fringe began as a way to extend the Festival and take it into local towns like Aldeburgh and Southwold with a series of  ’Progressive Suppers’ moving from restaurant to restaurant with each course. Now the Fringe includes over 80 dinners, farm walks, talks and behind-the-scenes tours, wild food forays and workshops. It’s a fantastic way to involve the wider community in the Festival, children are encouraged to attend many of the events and lots of the activities are either free or very low cost.