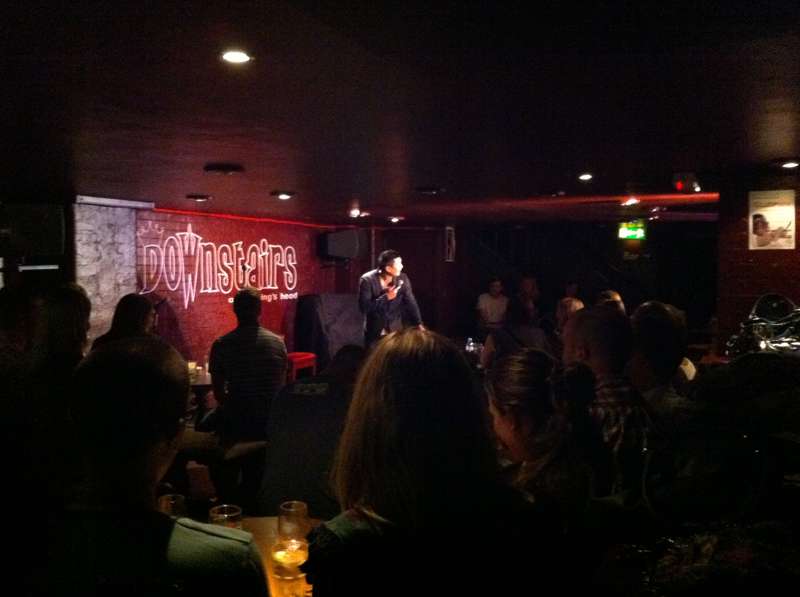 Britain's not the only country to celebrate April Fool’s Day on April 1, but as humour is one of the things Brits do best we thought we'd get into the spirit with a round-up of our favourite comedy clubs around the country. We reckon the following places are five of the coolest venues for having a laugh that you'll find, but feel free to let us know where you reckon the greatest comedy gigs take place by hitting the ‘suggest a cool place’ tab.

Downstairs at The King’s Head

in media-ville Crouch End has a sky-high reputation in stand-up circles, indeed some of comedy’s biggest names have tried out new material here, from Eddie Izzard to Russell Brand, Dara O’ Briain to local boy Sean Hughes. No less than Sean Locke proclaimed it, ‘the best comedy club ever’. Then again, he might have been joking…

Brighton’s Komedia is a south coast institution, not least for its eclectic mix of music, burlesque and ‘voodoo vaudeville’. The longstanding ‘Krater Comedy’ night has hosted Mickey Flanagan, Jimmy Carr and Shappi Khorsandi amongst other giants of japery, and Komedia’s newly opened sister venue in Bath is gaining a well-deserved buzz for showcasing new talent. In fact, expect mass hysterics throughout the city this spring with the 2012 Bath Comedy Festival (30 April–9 March).

Glaswegian humour finds a proper stage at the ever-popular Stand Comedy Club: not as well known as its Edinburgh counterpart, but the Stand’s punters can work their chuckle-muscles every night of the week as both new comics and regular favourites dole out the laughs. If the prospect of the reclusive Jerry Sadowitz performing this year doesn’t terrify you sufficiently, get involved in the 10th Glasgow International Comedy Festival (15 March–1April) at venues across the city, including The Stand.

Definitely the capital’s and arguably the country’s best-known comedy venue, The Comedy Store has been merchandising mirth for over 30 years. It's sadly no longer housed above a sleazy Soho strip joint, but the Piccadilly Circus venue still manages to attract a diverse range of comics, including the improv lunacy of the legendary Comedy Store Players every Wednesday night.

Nobody enjoys a laugh like the Irish and the dry-wit of Belfast humour is especially unique. So Cool Places was happy to find the craic alive and well at Black Box, Belfast’s coolest multi-arts venue. Original, thought-provoking stand up is the order of the day here and aspiring comics can get involved in one of the regular comedy workshops. Local-boy-made-good Patrick Kielty is also a regular.