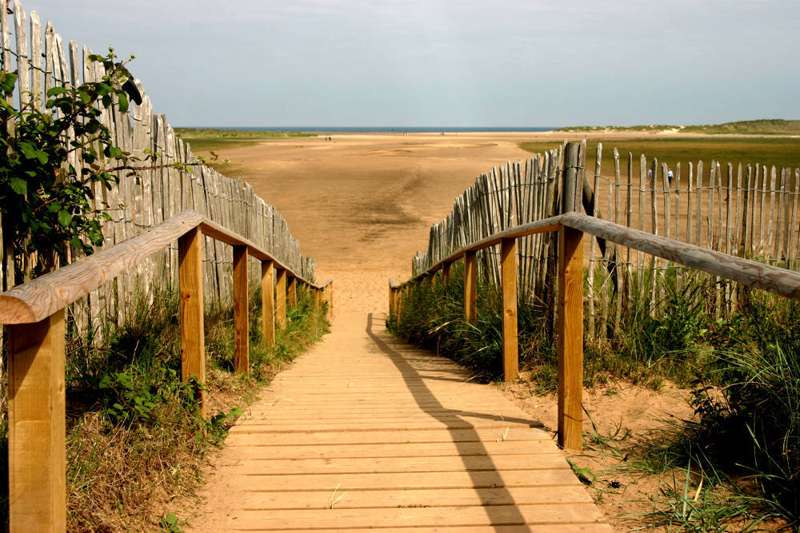 It’s official! Britain really is the ultimate adventure playground, and here are ten great British adventures that prove the point. At the end there's an opportunity to win yourself a copy of the Great British Adventure Map – a fabulous new map of Britain that may cause the uncontrollable urge to get outside...

Obvious - yes - but it’s the classic mainland Britain end-to-end journey. Cycling the 900-odd miles usually needs just two weeks off work, but if that’s not your mug of builders’, it also makes for a truly epic road trip.

The wilds of Rannoch Moor, voluptuous valleys like Glen Etive, iconic mountains such as Buachaille Etive Mor… Glen Coe is without doubt one of Britain’s most spectacular landscapes. If you’ve not been, just go. Even better, camp out atop the Buachaille and wake up feeling legendary.

It’s the national park that's got everything, isn’t it? Not just great mountains, lakes, and all the hiking, mountain biking and camping you could wish for, but also a good amount of coastline. And if you’re more of an armchair adventurer, there’s even a lovely train to take you to the summit of Snowdon.

With several contenders for the world’s best beach, the Outer Hebrides are staggeringly beautiful. Take one of the world’s best plane flights into Barra (the runway is, uniquely, the beach) and walk, cycle or drive the 150 miles to the northern end, the Butt of Lewis.

Whether you walk, run, drive or cycle, this is a great way to get a true feel for one of Britain’s finest counties. Not just two glorious coastlines, but two top national parks too: Exmoor, with its barren, otherworldly interior, and Dartmoor, where you can wild camp and marvel at the ponies, tors and bronze age relics.

One feature that makes Britain a brilliant adventure playground is the huge number of islands peppering its coast. The Isle of Wight is a great option: a miniature England with loads of history, great cliffs (for a spot of paragliding) and glorious beaches. It's also just the right size for a fantastic drive or cycle around the whole thing.

You don’t have to be an anorak to appreciate Britain’s world-class train journeys. Carlisle–Settle is a classic, as is Shrewsbury–Pwllheli, and Inverness to The Kyle of Lochalsh or to Thurso. But perhaps the best is the West Highland Line from Glasgow or Fort William to Mallaig. It will knock your socks off.

Walking one of Britain’s superb long-distance national trails is a must. If you don’t have time to hike the 1000-mile perimeter of Wales, just do bits of the Pembrokeshire Coast Path – a truly magical way to see this stunning bit of coastline.

Yes, it gets busy at peak holiday times, but the Lake District National Park is so glorious it simply has to be visited – multiple times preferably, given its huge number of fells and lakes.  There are great views from almost everywhere, but Gummer’s is particularly superb. As for fell-walks, try Helvellyn for the ridgeline approach.

Great as a bike trip or done in motorised fashion, this excellent long-distance route takes you through some of the best scenery Scotland, and indeed Britain – possibly even the world? 'Nuff said.

From the huge skies and vast beaches of Suffolk and Norfolk, to the wild North York Moors and the stunning Northumberland coast, England’s east coast is a joy to behold. Admire it from the train or cycle the whole lot on Sustrans Route 1 (Dover to the Shetlands).

These and hundreds of other Great British adventure ideas, locations and randomly inspiring trivia are featured on the Joyously Busy Great British Adventure Map (£14.99), which makes a great stocking filler for your most adventurous friends and relatives. Click here to see how you can snag one for free, or just go straight to marvellousmaps.com, where they're exclusively offering a 20% discount to Cool Places readers – just quote COOLPLACESCOOLMAPS when you purchase.