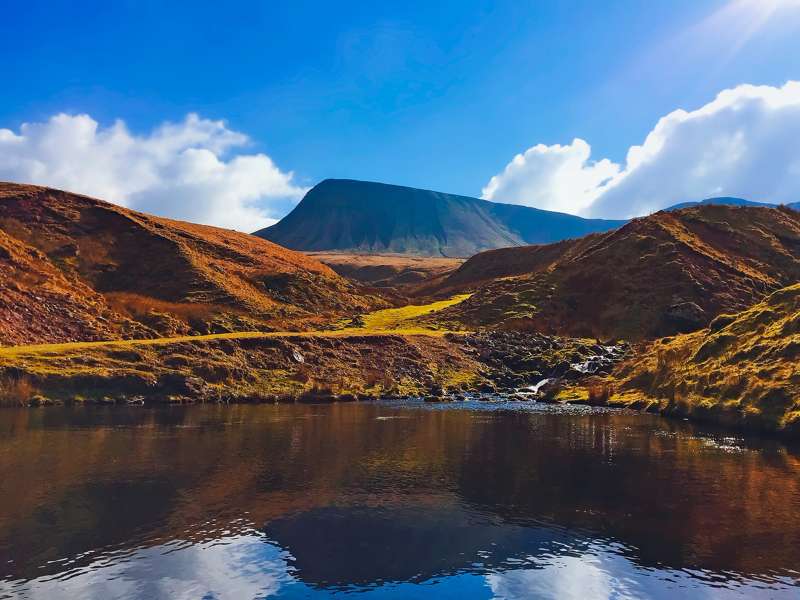 Despite being a relatively small island, Britain and Northern Ireland are home to some of the most stunning hiking locations and landscapes in the world. From the Norfolk Broads to Orkney and Kerry Ridgeway, we've picked out a series walks that put you at the heart of the United Kingdom’s famous, sprawling countryside for a day. As well as natural beauty, many of these routes have a strong basis in history, following in the footsteps of the farmers, traders and villagers who walked the same paths centuries ago. Each is also designed to be completed in a day, making them both convenient and accessible to keen walkers and those who might not be able to manage longer distances.

Though perhaps better known as a boater's paradise, the Norfolk Broads National Park is an ideal location for anyone with a passion for walking and the great outdoors, with more than 190 miles of roads, trails and footpaths from short scenic routes to long winding trails, making it a perfect if surprising place to enjoy a walking holiday. Long-distance footpaths criss-cross the region – for example the Wherrymans Way which follows the River Yare from Norwich to Great Yarmouth. Aside from the tranquility of the landscape, it's well-known for its rich diversity of wildlife, which includes kingfishers and dragonflies around the water at Bramerton, otters at Surlingham and a range of visiting birds across the seasons.

At virtually the opposite end of the country, the famous red sandstone sea stack of the Old Man of Hoy makes a perfect destination for a one-day hike, accessible by way of a popular three-hour round route that takes you along some of the highest sea cliffs in Britain. Starting at Rackwick, the signposted 'Old Man path' follows the cliffs of Hoy and makes a steady climb to the coast, where you will catch your first glimpse of the Old Man. Continuing along the cliffs beyond this point, the route becomes more challenging and rugged, great for more experienced hikers.

In Galway, Northern Ireland, the Famine Walk is an easy yet stunning 10km hike along the edge of Ireland’s only fjord, offering stunning views that can only be discovered on foot. Taking in the lakes and mountains in Connemara and Killary Fjord, it's a dramatic and powerful walk, and offers the chance to see a wide range of birds around the fjord and dolphins, seals and otters in the water. Named after the famine relief path the route follows, it's a circular walk that takes you between Killary Fjord and Mweelrea Mountain before arriving at the peasant refuge of Killary Harbour – a 4–6-hour journey, depending on how many stops you make.

Finally, the 1000-foot-high  Kerry Ridgeway  is one of the oldest routes in Wales, created by farmers driving their livestock into England in the 19th century. Since then it has become an exceptional route for anyone with a passion for nature, whether walking, horse-riding or cycling – with clear-day views that can reach over 70 miles including the Brecon Beacons on one side and and the hills of Shropshire on the other. The path covers 15 miles and is a mixture of heaths, moors and woodland – perfect for a satisfying day's hike!