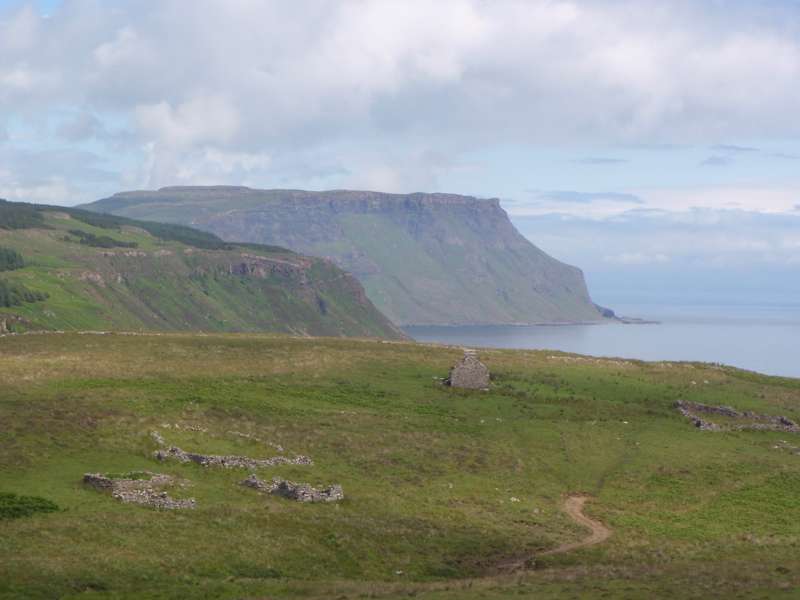 On the trail of adventure on the Isle of Mull

From the deck of the sturdy CalMac ferry, the shadowy bulk of the Isle of Mull looks intimidating enough. To a young David Balfour, the young protagonist of Robert Louis Stevenson’s novel 'Kidnapped' – shipwrecked while a captive and now washed up alone on a remote part of the island – it must have looked downright terrifying. Today, if you are brave enough, you can follow this brave young man’s footsteps.

Some misguided souls south of the border, and even in Scotland’s more cosseted urban centres, believe that Scotland has been tamed. However, this country is in fact one of Europe’s last great wildernesses, a land where man is often outnumbered by other mammals and birds, and sealife for that matter, a landscape dominated by mighty sea eagles, dashing dolphins and hulking red deer. Nature here comes with a capital N.

It is perhaps no coincidence that one of the world’s greatest writers of adventure stories, Robert Louis Stevenson, was a Scot. It's fitting too that the Stevenson Way hiking route celebrates both his work and Scotland’s proper wilds. Not for the Stevenson Way neat signposts and groomed paths. This is the real thing, billed as a ‘wilderness walk’ and more than living up to the billing.

The Stevenson Way stretches for 230 miles, all the way from the west coast of Mull to Edinburgh, tracing the steps of Balfour – though I'm following just the Mull part of his adventure, starting on the sandy bay on the islet of Erraid where Balfour washed up. I have Kidnapped with me and try to read the chapter that covers the landing. However, its edges are quickly soaked before it’s blown clean out of my hands.

So much for my holiday reading. But the truth is it's not that kind of journey – it's in fact around fifty miles hard hiking across rough ground that's been barren and uncultivated since the Highland Clearances.

The route bashes on across the Ross of Mull, cutting through swathes of vegetation that is at first knee-high but soon reaches my chest, the jagged bracken scratching my face.  It is hard going.

My sanctuary for the first night is Ardachy House, a cosy hotel with sea view rooms and good food, and boy, am I pleased to see it! After a superb dinner I make my way down to a gloriously white sandy beach and raise a dram to a perfect sunset and my new friend – a large seal sitting on a rock nearby. As my burning limbs ease I dip back into my soggy edition of 'Kidnapped'.

The next day the sun is up and the sky clear and blue. I want to wander lonely as a cloud, but the Stevenson Way has no time for such things an I battle on towards Lochbuie, looking inland towards even wilder terrain. I stride along the coast, up and down giant cliffs and over boulder-strewn beaches. I don’t see a soul except for a pod of bottlenose dolphins who elegantly ease by.

My second night is spent camping, after which I really do have to turn into the interior of the island,  to make a final march towards the Sound of Mull at Fishnish. The coast is replaced by rugged hills and thick forests. In the skies I look out now for golden eagles rather than sea eagles. The dolphins are gone and in their place I have red deer for company. I’m in my stride now and stay that way until I stumble into  a hidden trench near the day’s end. I'm near journey's end, but It’s a reminder I have to keep my wits about me.

The next day I reach the Sound of Mull and rest up by a campfire in a lovely spot in one of the large pre-pitched tents at Sheiling Holidays. Balfour will have to brave the rest of this epic trek without me. I’ve enjoyed my taste of adventure, a proper walk through a gloriously wild landscape, but as the sun explodes over the Atlantic I cook myself Mull scallops and raise a last wee glass to my literary companion and perhaps Scotland’s greatest ever writer. I’ll be safely whisked away on the ferry tomorrow, but my memories of the Stevenson Way will linger long in the memory.

Anyone looking to walk a section of the Stevenson Way should make sure they have all the necessary outdoor gear, as well as navigation equipment and knowledge of how to use it. Local advice on weather conditions and route conditions is also advisable. There is more information on the Stevenson Way here; a full rundown of Cool Places entries on Mull here;  take a look also at Robin's blogs on Arran and Skye. There is a direct link to the Stevenson Way website, which has information on guided weekend and week-long walks on the Way. CalMac run ferries to the Isle of Mull from Oban, Morvern, Ardnamurchan and the Isle of Iona.