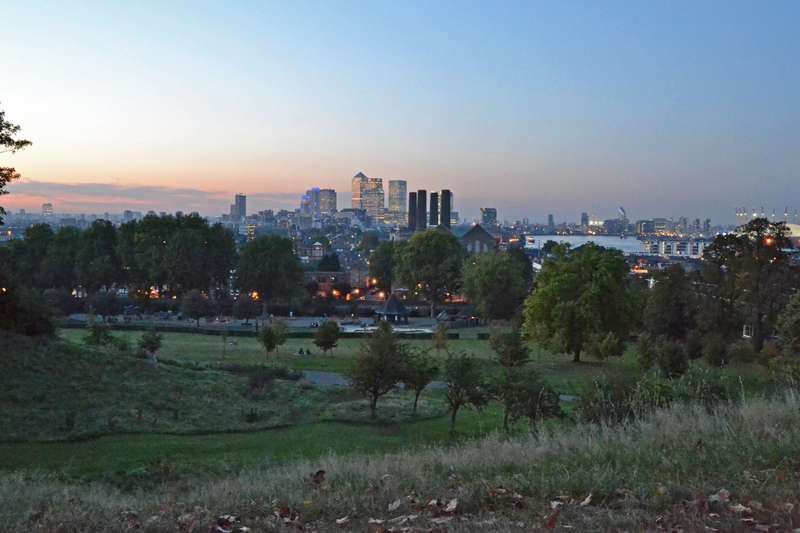 Wake up, it's Spring!

On Sunday 25th March, the clocks went forward one hour, officially marking the start of British Summertime. It may surprise you to learn that a postal worker from New Zealand by the name of George Vernon Hudson first proposed a resetting of clocks in 1895 so he could pursue his after-hours hobby of entomology (that’s the study of insect biology to you and me). While losing an hour of kip might seem far from appealing to the booze-breathed millions arising on Sunday, we at Cool Places actually welcome the extra hour of sunlight; and in the hope that we might convert you to our wholesome ways we’ve put together a list of our favourite places to enjoy the earliest and latest rays of sunshine.

The view from the top of Greenwich Park (shown above) is pretty good on even the most ordinary of days – you know, the one with the statue of General Wolfe contemplating the sprouting development on the Isle of Dogs. But come here at dusk in spring, preferably on a weekday, when it's not mobbed by tourists, and it's one of the best views of the city going, the sun slicing through the skyscrapers of the City and Docklands, the Thames shimmering as London turns her lights on, the orange glow of light pollution giving the city a faintly futuristic quality.

For early birds, the sunrise at Bolton Priory, in the heart of the Yorkshire Dales, is spectacular beyond words. The first shimmering rays of light cascade through the ghostly ancient ruined cloisters as the gentle murmuring of the nearby River Wharfe provides the perfect accompaniment to the morning songbirds. A truly meditative experience.

The newly christened National Park at Seven Sisters on the Sussex South Downs offers one of England’s most perfect settings for the daylight’s yielding lustre. Chart the sun's descent beyond the coastal horizon as incandescent explosions of purple and gold reflect off the chalky face of Beachy Head. Drink in the scene as you imbibe some of the local ales from any one of the area’s timber-beamed pubs.

Is there a more enchanting scene than Tarn Hows at sunrise? Its remoteness and rich array of wildlife makes waking in time for daybreak one of the action-packed Lake District’s more simpler pleasures. Visitors can rise with the early morning dew at any one of Cumbria’s stunningly located lakeside campsites.

Edinburgh at twilight is a sight to behold (shown below). From atop the volcanic rock of Salisbury Crags (a mere half mile from the city), the Georgian splendour of the New Town is visible in the shadow of the capital’s mighty castle. The distinctive golden hue of the Royal Mile is given added illumination as sunset gives way to a dreamy dusk.