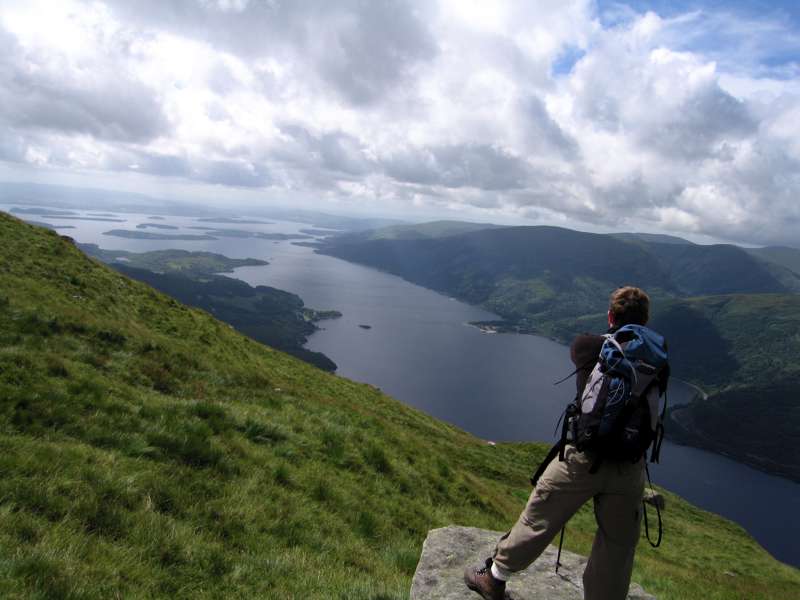 There's a lot happening in Scotland this year, and we are not just talking about the independence referendum in September. In fact this year is perhaps the biggest ever in the history of Scottish tourism, with Homecoming Scotland 2014 a year-long extravaganza that offers everything from village events and bijou festivals through to headline- grabbing sporting spectaculars like the Ryder Cup and the Glasgow Commonwealth Games. No wonder travel pundits are flagging up 2014 as the year to visit Scotland.

The Scottish Diaspora around the world is said to number as many as 50 million people, and Homecoming Scotland 2014 aims to encourage all of them back to the motherland to enjoy the party – along with a healthy scattering of tourists and people from the rest oft the UK. The festival is built around a quintet of themes – Active, Food & Drink, Creative, Natural and Ancestry – with myriad happenings within each one. Naturally Burns Night – January 25 – hosts many events, including a Homecoming Burns Night Parade in Dumfries in southern Scotland. The event features a cast of over 2000 performers tasked with evoking the spirit of Scotland’s national bard with an original soundtrack, giant puppets and a whole host of colourful characters.

Chances are a lot of whiskey will be downed along with the neeps and tatties – all good prepartation for Whisky Month in May, = a rollicking month-long whisky extravaganza whichkicks off with the Sprit of Speyside Festival in Scotland’s whisky heartland, before spreading its malty tentacles around the country with open days at normally closed distilleries and wild ceilidhs planned. The month culminates with the Islay Festival of Music and Malt, with all the bijou island’s eight distilleries taking part.

If whisky goes with music, traditionally both have also gone hand in hand with the conflicts that have darkened Scotland’s brutal history. The most celebrated battle is the famous victory at Bannockburn against a numerically superior English force in 1314. The 700th anniversary of Bannockburn will be celebrated from June 28–30, with the National Trust for Scotland staging the biggest ever re-enactment of the battle: Bannockburn Live.

Later in the year a number of global spectaculars catch the eye, with Glasgow hosting the Commonwealth Games in July, and Gleneagles the Ryder Cup in September – the latter a golfing battle between  the Europe and the USA that has become one of the fiercest and most intense battles in world sport. The setting could not be any more fitting or dramatic amidst the rugged hills of rural Perthshire, at Gleneagles, whose fabulous courses are among the best in a country that is renowned as the home of golf.

Autumn also sees the epic MTV Europe Music Awards hit Scotland for only the second time. The gleaming new SSE Hydro in Glasgow will be the setting for this massive event with all the biggest names in music descending on an urban hub that has already been recognised as a UNESCO City of Music.

Finally, if Robert the Bruce remains an iconic figure for his victory at Bannockburn, two of the most famous architectural icons of Scotland are the Forth Bridge – a spectacular Victorian engineering marvel – and the Forth Road Bridge. The latter celebrates its 50th birthday this year and from September 4–13 the Forth Bridges Festival will bring both sides of the estuary alive, with a flotilla of vessels including tall ships and warships, and an attempt to stage the world’s largest ever sit down meal! The festival will come to a spectacular close with a massive fireworks display that will see double the amount of fireworks that famously explode for Edinburgh’s Hogmanay go up in smoke.

You can find out more about Homecoming Scotland by visiting  Visit Scotland’s official website here.