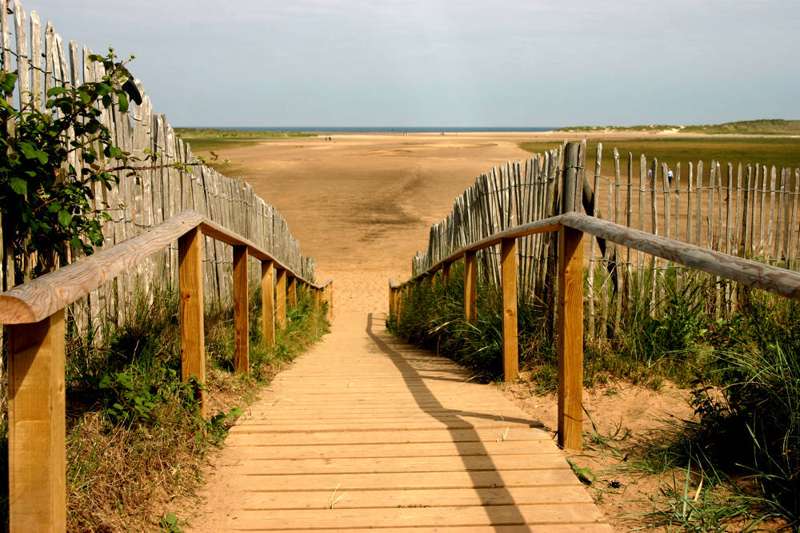 Your own Hideaway on the North Norfolk Coast

We hate to have favourites at Cool Places, and really we like pretty much everywhere in Britain. But if forced to choose we'd have to say that Norfolk was one of our favourite counties, and that the North Norfolk Coast one of our preferred parts of Norfolk. Maybe it's the fact that it's not on the way to anywhere, with a remoteness that belies its easy-to-reach location just 3+ hours drive from London; or perhaps it's the unspoilt beauty of the coastal marshes, which are as wild and beguiling as anywhere in the UK.  Either way, we reckon there's no better place to wind up if you're after a long walks by the sea, great country pubs and delicious food, and a big-skied beauty that is like nowhere else in England. Look up on clear night and you'll be amazed at the canopy of stars overhead.

The great thing about North Norfolk is its variety. There are salty seaside villages like Cley and Blakeney, bustling market towns like Holt, posh places like Burnham Market (blink and you could be in the Cotswolds) while Hunstanton and Cromer, anchoring the western and eastern ends of the coast respectively, are classic seaside resorts of the best kind, with decent beaches, great fish and chips and an enticing raffish charm. There is plenty to do too: we love the garden at maze at  Beeston Priory just outside funky Sheringham, the gardens at Sheringham Park, and the faded grandeur of both Felbrigg Hall near Cromer and Holkham Hall near Wells. The region is even a favourite with the Queen, who regularly holidays at Sandringham, not far from King's Lynn, and which you can also visit.

But it's the bits in between that perhaps intrigue most, and offer the chance to experience what is best about the North Norfolk Coast, namely the big open skies and a feeling of really having left the crowd behind. Nature and wildlife are a big draw, for example at the RSPB Reserve at Titchwell Marsh, whose blend of reed bed, marsh  mud flat and lagoon is utterly magical, as are the mudflats and reed beds of Snettisham RSPB Reserve further east, where birdwatchers come for sightings of the wading birds that regularly gather on the eastern edges of the Wash, At the other, eastern end of the coast, Cley Marshes offer a similar experience, run by Norfolk Wildlife Trust and networked by footpaths that lead through the reserve's expanse of marsh,  shingle and reeds – the perfect place for great sunsets, gentle walks, and, if you get the timing right, complete solitude.

We've got together with our good mates at Norfolk Hideaways and not only come up with a selection of beautiful places to stay on the North Norfolk Coast, but they're giving all Cool Places folk an exclusive 5% Cool Places discount. What are you waiting for?

Just put the code "COOLPLACES" in the voucher box during your booking and 5% will be deducted from the total price.

This spacious five-bedoom barn conversion enjoys uninterrupted views of the sea and marshes and is just a few minutes from the RSPB reserve. There's a nice garden, and fabulous walks across the marshes and to the beach from your front door.

Situated in the tiny hamlet of Great Walsingham (oddly the smaller neighbour of nearby Little Walsingham), this seventeenth-century cottage is as good as cottage holidays get, a charming property with low ceilings (and doors), winding staircases and latched doors. It comfortably sleeps four and you're just a few miles from the sea at Wells.

There's nowhere quite like this in the rest of `Norfolk, a coverted boat, beached on the dunes overlooking the Snettisham Natire Reserve and the gorgeous sunsets across the Wash. Particularly great for kids, who will love their hull-shaped bedroom, but really it's the location, with only the sea, the dunes and the birds for company, that makes it special.

A big property that would be perfect for a family house party or big group of friends. It's just a five-minute walk from the fab food at the excellent Ship in Brancaster, beyond which the marshes stretch seemingly endlessly to the sea. Above all a greta location for exploring all part of the North Norfolk Coast.

There aren't many better places to stay in Cley than this contemporary yet traditional looking open plan property situated down a quiet dead end  bang in the middle of the village.  It sleeps four and has veer modern comfort you could think of.