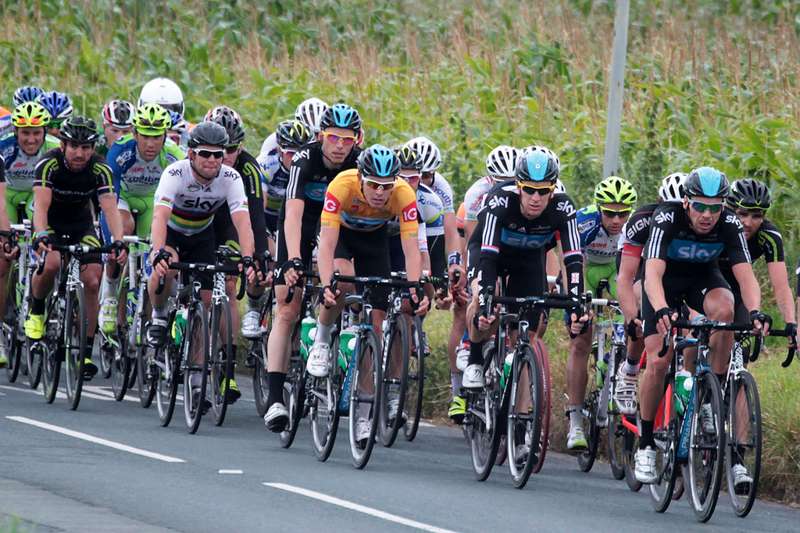 It's the tenth anniversary of pro cycling's Tour of Britain this week, and Stage 2 – from Carlisle to Kendal in Cumbria – starts today. The Tour isn't one of the classics of the cycling calendar – it only lasts a week and is a breeze compared to the longer, more mountainous slogs of its counterparts in France, Spain and Italy. But cycling is increasingly popular both as a pastime and a sport in Britain, and it's likely – weather permitting – that a fair few crowds will turn out to see the riders whizz past in their customary flash of colourful lycra.

Whatever else it is, the Tour is a fantastic chance to showcase the towns and landscapes of Britain. Today's Lake District stage is surely up there with the most scenic cycling road-race courses in Europe, and later stages take in some of the best countryside around the country, with stages 4 and 5 running west from Stoke-on-Trent top Snowdonia and then down through Wales from Machynllneth to Caerphilly, and the following stage finishing up on Haytor in Dartmoor. The grand climax takes places in London and finishes on Whitehall next Sunday afternoon.

As for the riders, many of the big teams will be there, naturally including Britain's Sky – who won the contest last year with Jonathan Tiernan Locke, Mark Cavendish's Omega-Pharma-Quick Step and David Millar's Garmin-Sharp team.  Could it be Sky's year again, with Sir Bradley Wiggins himself winning his first race since last year's Tour de France triumph. We have no idea, but we'll have fun watching the guys whizzing the length and breadth of the country. You can catch up with results every night on ITV4 and also get all the information you need on the race from the Tour of Britain website.