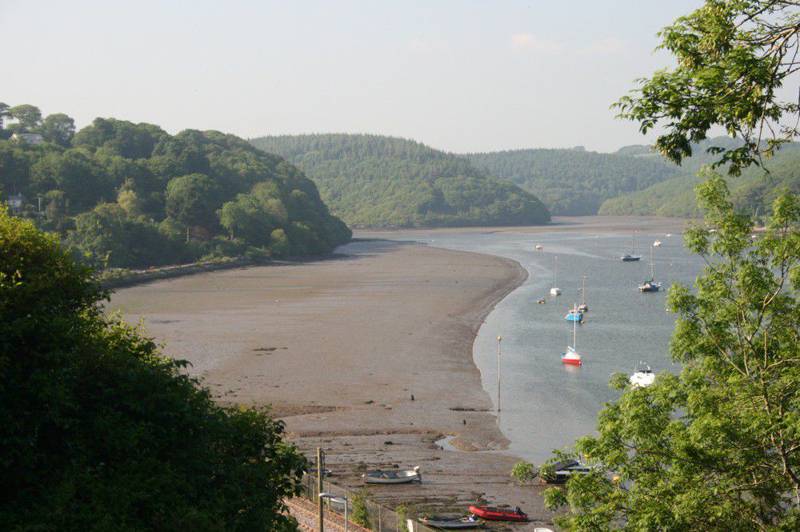 The Fowey Festival of Words and Music

With the festival season (if not the summer) already in full swing, even the normally peaceful Cornish town of Fowey is getting set to join the party, with a steady line-up of fiestas in prospect, including its first Mussel Fest in June and the Fowey Royal Regatta due in August. But it’s May’s eleven-day celebration of Fowey’s most famous writer, Daphne du Maurier, that kicks things off, and rather gently too – with tea, cake and river cruises alongside the words, music and beguiling landscapes through which du Maurier’s acclaimed novels live on.

Last year it was the discovery of an unpublished tale about a sex toy that took the festival by storm, shocking fans with dark content dredged from the imagination of a 21 year-old du Maurier. This year disciples hungry for a new angle won’t be disappointed, with an advance screening of an adaptation of one of du Maurier’s lesser-known novels, The Scapegoat. However, those who like me haven’t strayed beyond her most-read works can dip into the pages of Rebecca and My Cousin Rachel on guided walks around the coastline from which du Maurier drew her inspiration.

A beauty of a coastline it is too, Fowey peering seaward from the head of the estuary. I’ve often approached the town under sail from Falmouth and have woken under the spell of the dawn mist rising above thickly wooded banks. So entrenched in the scenery are du Maurier’s stories that it’s no surprise she was a keen sailor too, and was often spotted out on the water in sailing garb between penning chapters. She wasn’t the only author drawing her words from the waterlogged landscape; a river cruise from Fowey to Lerryn (there are plenty laid on throughout the festival) takes you on the route said to have inspired Ratty and Mole’s boat trip in Kenneth Grahame’s Wind in the Willows.

Back at the lively gathering of literati, this year you can glean writing tips and listen to extracts from the works of Patrick Gale, E V Thompson, Helen Dunmore, Jon Ronson and former Poet Laureate Sir Andrew Motion – to name only a few. And it’s not all literary luvvies either. Names such as Sir Terry Wogan, Richard and Judy, and Esther Ranzen bring a lifestyle edge to proceedings,  and the live music bill moves through fishermen’s choirs to folk bands, while the comedy line up includes Arthur Smith and Tony Hawke. Plus there’s kids entertainment, theatre, arts and crafts, and cream teas in valley gardens.  Now, pray for fine weather….