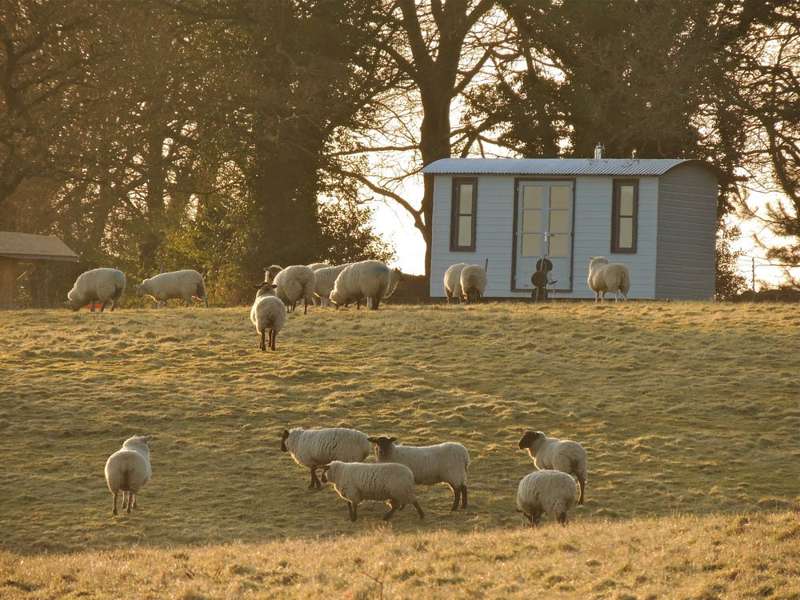 When you reach the unmarked road that leads down to Top Farm, you already feel you’ve strayed well off the beaten north Norfolk track. When you finally arrive, you’re sure of it, as it couldn't feel more rural – a series of fields surrounded by woodland that radiate out from the farm buildings at its centre. What’s more, it’s situated, as the name would suggest, on one of Norfolk’s few hills, so the views are great and there’s an even greater sense of privileged isolation. Once here you realize it’s not all about tents. The central field is dominated by caravans, most of which never move – though there are a few spaces available for rent by the day or week. On the other side of the farmyard there is a lovely spot designated for tent pitches and home to an array of simple cabins, built from 100% recyclable (or recycled) materials – nifty abodes kitted out with electricity, heater, kettle and microwave. They’re pretty basic, and not enormous, but the walls are six inches thick so they’re well insulated to be warm and toasty enough all year round. There’s also a brand new covered area ('The Sunshine Cafe') for barbecues and all-round eating and mingling, with a firepit and additional seating, plus electrical hook-ups for tents, and a decent toilet and shower block just a short walk away. For those more accustomed to the glamping rather than camping life, there’s also the shepherd’s hut, situated in perhaps the site’s prettiest spot beyond the caravan field, and a number of bell tents during the summer months that are perfect for a family of four. The view over the meadow below is lovely and both the hut and the tents are wonderfully cosy inside; the hut has electricity, well-chosen linens and a wood-burning stove (plus firewood), and the tents come with an electric hook-up, fairy lights and tea-making equipment. Finally for real softies, there's the Luxury Lodge, which comes with its own hot tub. Despite Top Farm's out-of-the-way location, there’s lots to do in the surrounding area, and the best news is you can leave your car on site and just go walking and biking in the woodland that borders the site.

There is a separate shower block and separate ladies and gents toilets, baby-changing facilities and a dishwashing area, all with hot water. There’s also a fridge and freezer for communal use. For the bunkhouses and shepherd’s hut you’ll need bedding and pillows. The shepherd’s hut provides a welcome pack of firewood on arrival. Well-behaved dogs are allowed on the site but not in the shepherd’s hut.

Tents, couples, families, glampers, caravans and dogs – yes. However dogs are not allowed in the shepherd's hut.

Top Farm has teamed up with local guided canoe trail operator, The CanoeMan (0845 496 9177), to offer some rather fab activity weekends, staying in the bunkhouses and exploring the nearby Bure Valley on a series of guided bike and canoe trails bike and canoe for £99 a head, including accommodation and all equipment. Bookings are for a minimum of six people but it’s well worth doing if you’re in a group or a family. The Jacobean splendour of Blickling Hall, just north of Aylsham, to the delights of the north Norfolk coast, the closest parts of which are at Cromer – with its pier and fish 'n' chips – and quieter Overstrand. Both places have lovely sandy beaches, and you can buy fresh boiled crabs and lobsters in Overstrand for a tasty campfire supper, or just explore the nearby woodland paths.

The closest pub to Top Farm is The Plough (01263 735000) in Marsham, just over a mile away, back into the village and then south down the main road. It does pub grub standards (fish and chips, pies, etc), Cromer crabs, as well as slightly more adventurous stuff – lamb shanks, duck confit, pork belly and the like. In Aylsham the Black Boys (01263 732122) right in the centre of town does really good food and is a nice place for a drink. There’s also The Bucks Arms (01263 732133), now run by the same people, right outside Blickling Hall – the food is excellent. Slightly further afield, and only really feasible with a car, there’s The Saracen’s Head (01263 768909) in Erpingham, a few miles north of Aylsham, which is a lovely family-run gastro pub with rooms to stay. There's no shop on site and nothing in the village, so the closest place to stock up on provisions is Aylsham, three miles north.

Grassy camping pitches, most with electricity. Bell tents for hire, a luxury shepherd's hut and a bunkhouse.

Marsham is on the X44 bus route between Norwich and Cromer and buses stop on the main road, from where it’s about a mile’s walk to the site.

Other Cool Places near Top Farm 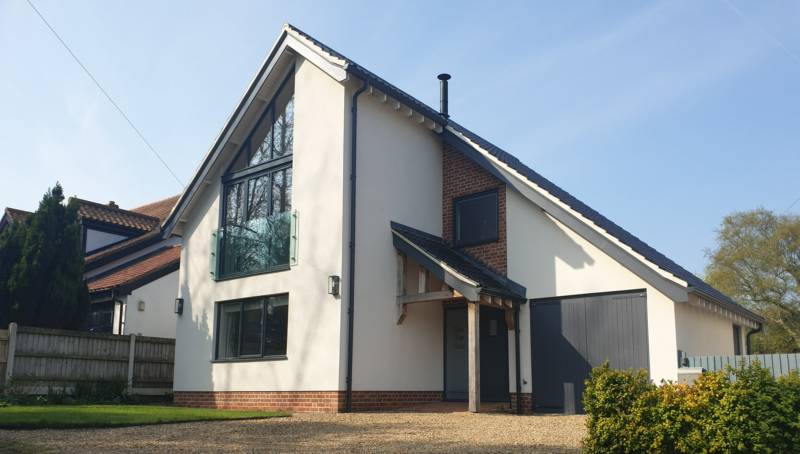 A haven of peace that's also a perfect base for exploring Sheringham and the North Norfolk Coast.

A haven of peace that's also a perfect base for exploring Sheringham and the North Norfolk Coast. 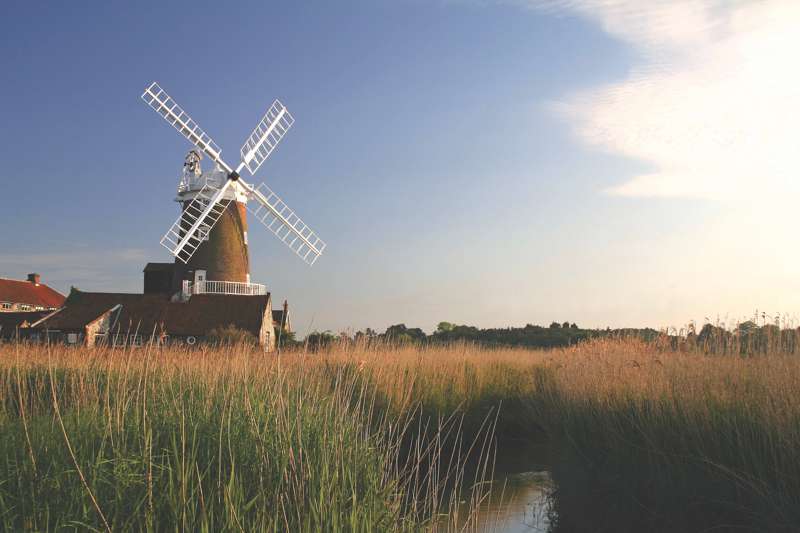 A gorgeous converted windmill that makes for a spectacular place to stay.

A gorgeous converted windmill that makes for a spectacular place to stay. 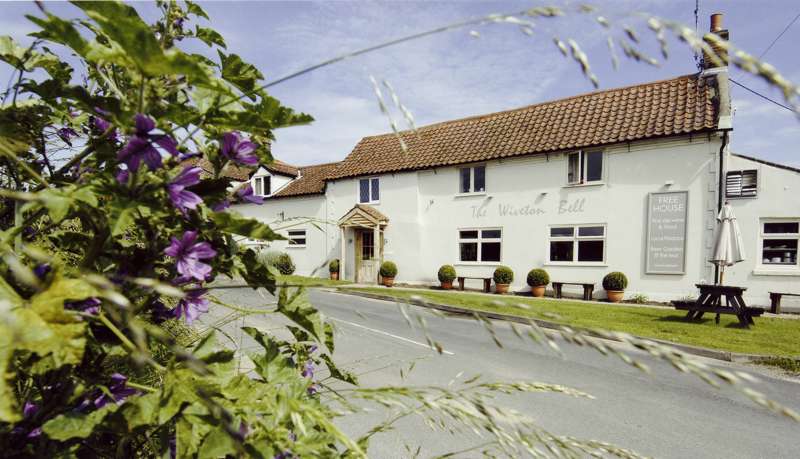 A great gastropub with beautiful rooms in a glorious rural location.

A great gastropub with beautiful rooms in a glorious rural location. 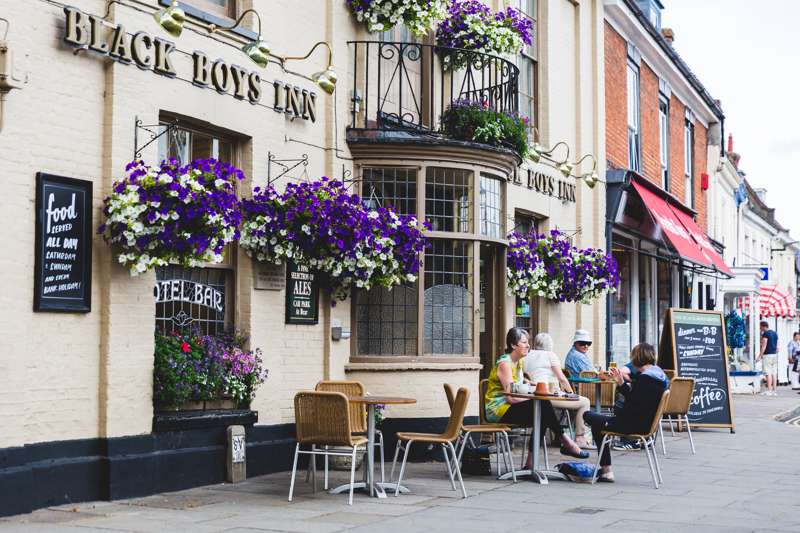 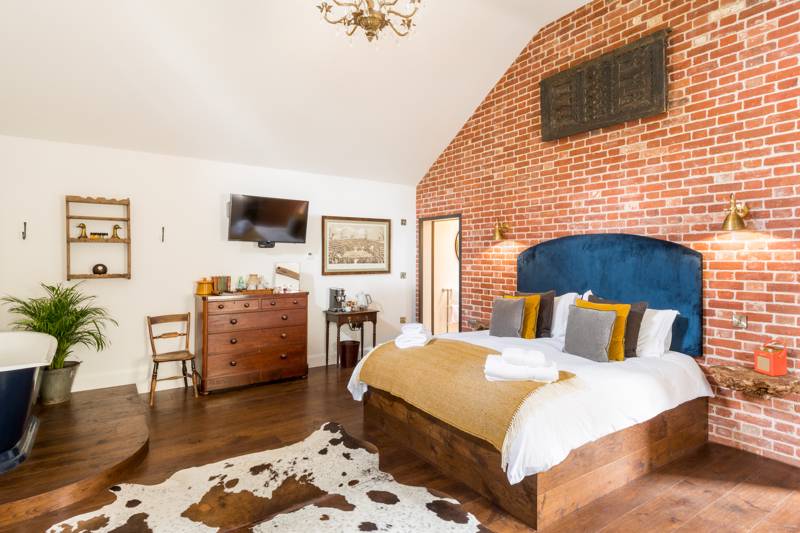 A proper village pub in the heart of Norfolk, with very comfortable rooms and seriously good food.

A proper village pub in the heart of Norfolk, with very comfortable rooms and seriously good food. 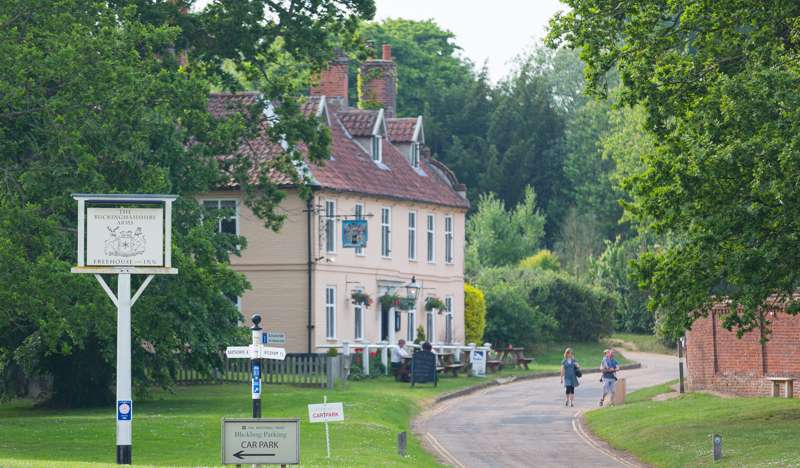 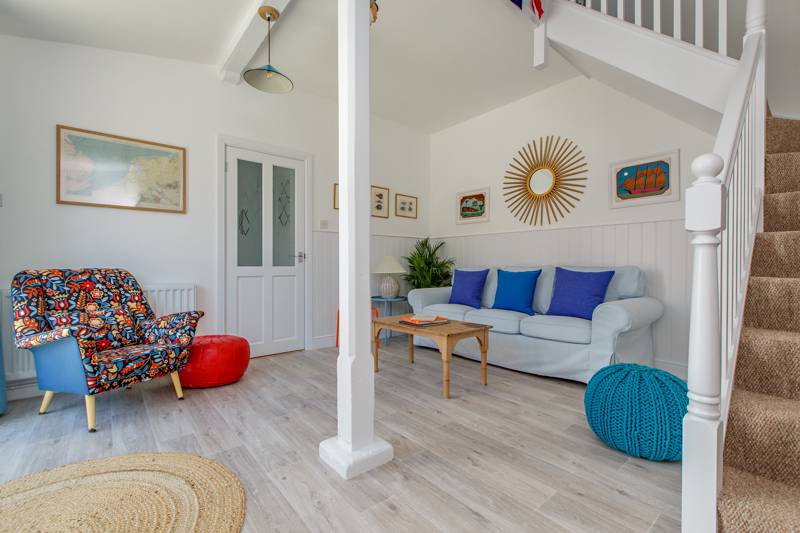 A bright, contemporary seaside cottage in the heart of Sheringham – 2 minutes from the beach and coast path.

A bright, contemporary seaside cottage in the heart of Sheringham – 2 minutes from the beach and coast path. 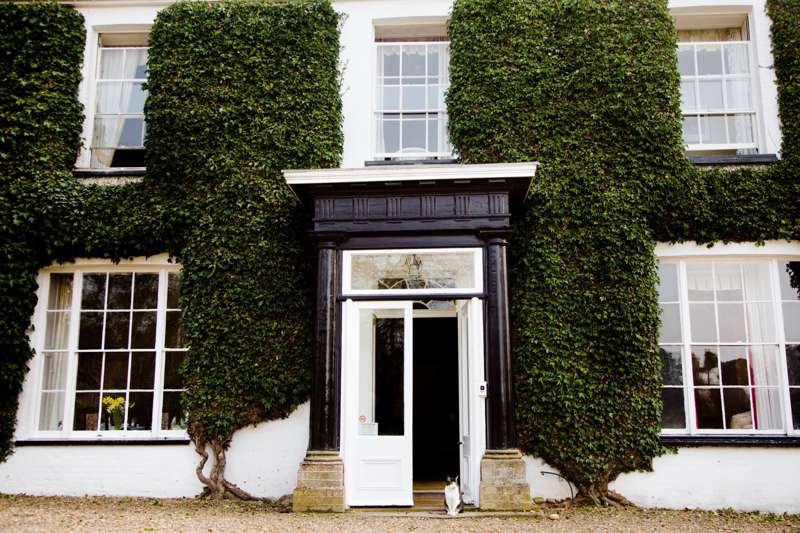 A comfy family hotel set in secluded grounds where the welcome is so warm you won't want to leave.

A comfy family hotel set in secluded grounds where the welcome is so warm you won't want to leave. 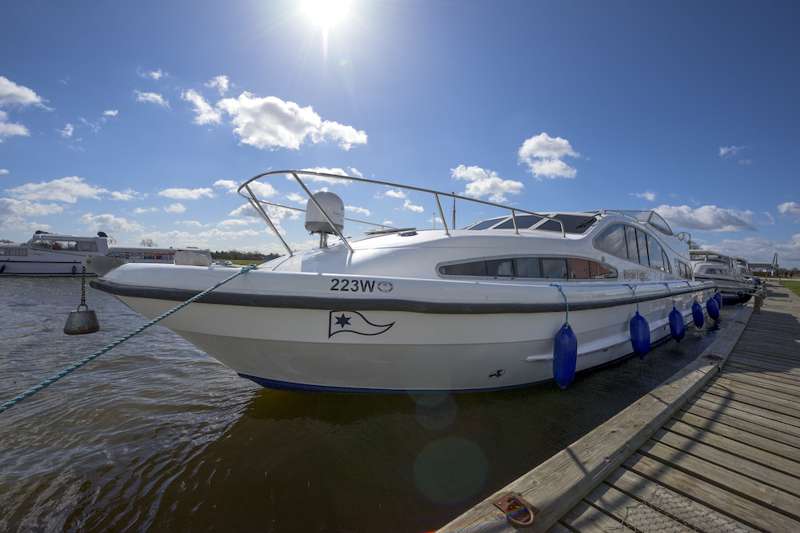 A week on a boat in the Broads makes for the perfect family holiday.

A week on a boat in the Broads makes for the perfect family holiday. 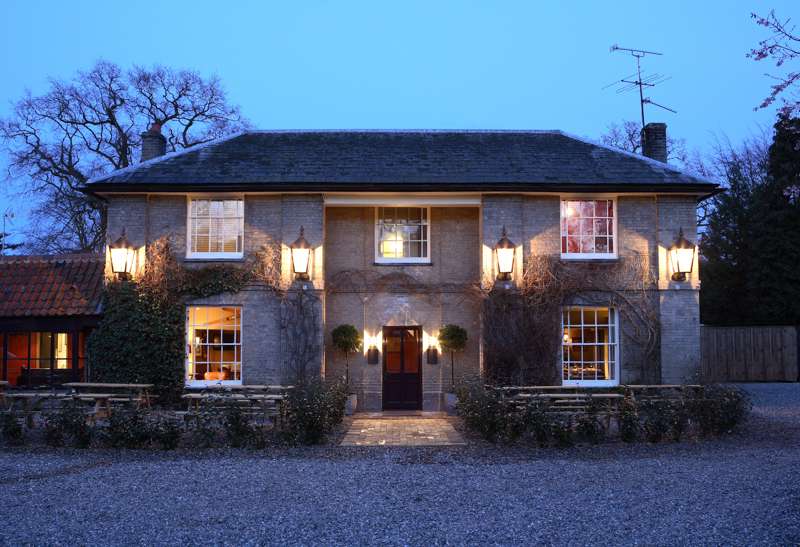 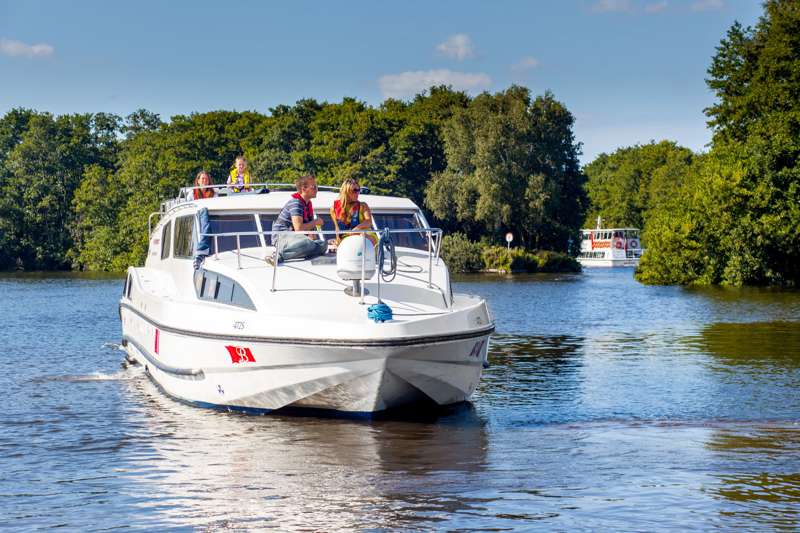