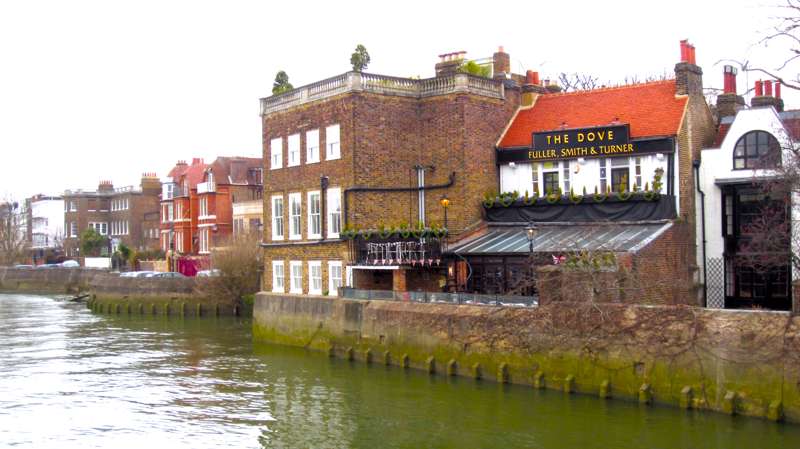 Fill your face at this year's Boat Race

Ah yes, the Oxford v Cambridge Boat Race. This is the time when we rub shoulders with young people in duffle coats juggling pints in plastic mugs. It is one of those events where you wait for two hours and the whole thing flashes by in 20 seconds. But if you are with the right crowd, and you manage to get a good viewing slot, it can be a cracking day out. This year the event takes place on Sunday April 6th and starts at 5.55pm. A long-established stalwart of the British sporting calendar, it has finally succumbed to corporate sponsorship (it's now known, rather shockingly, as the 2014 BNY Mellon Boat Race), but remains a great spectacle, which thousands of people turn out to see. It's a serious business for the universities, who spend months preparing their teams – made up of eight, tall muscular students (and one down-sized coxswain). As for the rest of us, we can loaf about on the riverbank, pints and plonk in hand, watching it all go down. Not surprisingly it gets very crowded along the water, but don’t panic: we've scoped out the place already and spotted a few stretches of grass and a couple of well-placed pubs from which to enjoy the race.

With their balcony and outside terrace, this offers great views of the race but it tends to full up quickly – get there early.

We love the cosy atmosphere of the Dove, and it's the perfect place if you’re looking to have something to eat while watching the race.  It doesn’t really get any better than a space on its terrace. But again you won't be alone.

With a spacious beer garden, the Black Lion has size going for it – something we appreciate on days like this. The problem is it's hidden behind a brick wall and you can't actually see the river from here, but it’s such a good option for a meal or a drink before or after the race, we reckon it's worth including.

One of the oldest pubs in London, the Blue Anchor prides itself on being the first place to be licensed along the river and it takes boat race day very seriously – it is situated next to a rowing club, after all – serving Pimm’s and pints in front of its white and blue exterior. However you won't be surprised to hear that it does get pretty crammed.  Best buy a pint and wander down to a less crowded spot.

As always in London, people forget about the south bank of the river – with good reason, as there's less pavement and pubs and more trees to obscure the view –  but it also means it tends to be less crowded than the north bank. Some of the boat house slips have viewing places – for example Barn Elms Boat House on the Putney Embankment and St Paul's School just past Hammersmith Bridge – or you can pick up the riverside path at the Barnes Wetland Reserve and and you might be lucky enough to get a relatively secluded spot. Just remember to bring your own food and drink. Or head further down to Barnes itself, where there are pubs and places to eat, and where you can get a front row seat view of the sprint to the finish on Barnes Bridge.

This once old jazz pub has seriously got its act together as a riverside trendy gastro pub. With its central four-sided bar and plenty of space, it has recently become the go to watering-hole for the yummy mummy and daddies of this upmarket neighbourhood. This will be the first year that it will be open in this style for the Boat Race, so expect to share the terrace with plenty of others. But don't take your car; there will be no parking. Instead get yourself to Barnes Bridge railway station that is 100 yards away.

Another pub on the river right near the business end of the finishing line. And like the Bulls Head it has had a makeover recently. There is no doubt it looks smart and – with its terrace overlooking the river – it is perhaps the very best pub to watch the boat race. It also has a seating areas by the river itself and a terrace where there will be opportunities to feed your face. Again don't bother with the car – Barnes Bridge station is but a stagger away. One gripe are the prices, which reflect the prime location. Ahh well... once a year.