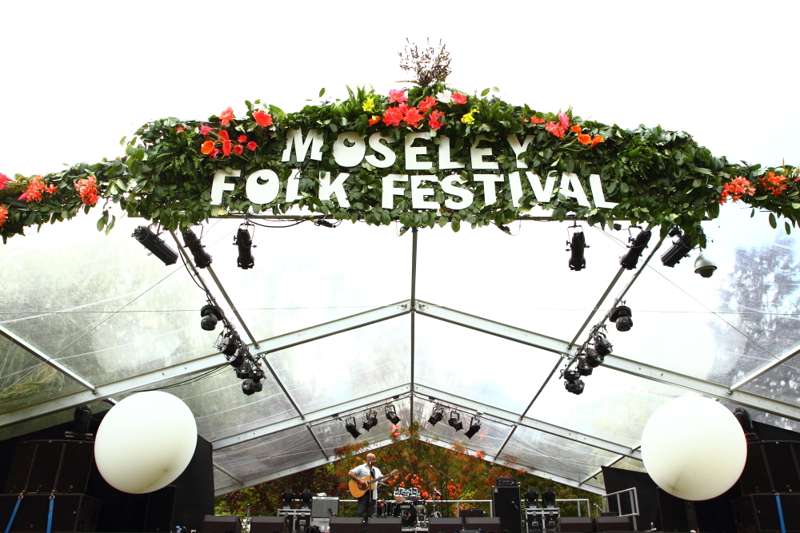 Nowt so queer as Urban Folk

Countryside has always been the natural habitat for the folk festival, yet Birmingham manages to reserve a provincial patch of the city each year for the family-friendly Moseley Folk festival, proving that folkfests do work in the city. Setting up in the peaceful Moseley Park from August 31 to September 2, the billing is pretty pastoral, with a line-up as mellow as it is mellifluous. But before you go donning your hippie attire in anticipation of the whimsical, take note that the organisers here also have their finger on the pulse when it comes to pleasing a multi-generational audience. As past line-ups have shown, alongside staple folk heroes such as Eliza Carthy and Michael Chapman, you can also expect to find the likes of anarcho-folkie Billy Bragg, world band Tinariwen, together with a whole host of contemporary acts that purists wouldn't necessarily call folk at all. Crucially, this means the Festival finds the perfect balance between its folk leanings and its tendency to promote newer acts with a poppier edge.

2012 is no different. Heading up this year’s diverse jamboree are electric folk icons Steeleye Span, who will be headlining the festival on the Sunday night. True folkies will want to get there early to catch the ever alluring Cara Dillon, who precedes the Spanners with her brand of folk-tinged goodness that will no doubt again steal the show (Dillon rendered Brum silent with a captivating performance in 2009). A personal top pick is Jonathan Wilson, a Laurel Canyon-dwelling troubadour who recalls the dulcet melodies of the original Canyon-cowboys Crosby, Stills, Nash, Young, et al, while bringing more visceral vibes to the festival are the post-punk additions of Echo & the Bunnymen and Julian Cope – two acts both still capable of offering up some rare sensory treats, Cope in particular, whose live performances are a thing to behold. Elsewhere, festival-goers are advised to look out for the superbly-named Terrapins and the bat-crazy stylings of Beth Jeans Houghton and the Hooves of Destiny, who manage to meld glam rock, folk, and psychedelia to create a truly memorable blend of skewed pop. Whoever and whatever you catch, there's a great vibe at Moseley, with both riotous fun and chill-out time is to be had at what is one of the best and most eclectic city music fests.