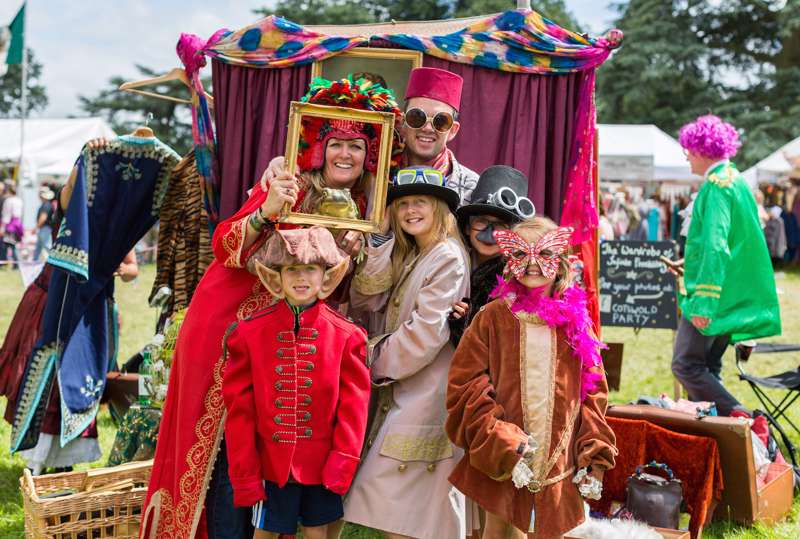 Endearingly nicknamed “poshstock”, Cornbury is the epitome of middle-class England. G&T and Champagne quaffing parents arrive with  their Boden-clad children, and there are more Hunter wellies than you can shake a stick at. The sponsors?  Waitrose, Dorset Cereals, Fevertree mixers  and Nyetimber champagne ….. need we say more?

The Cotswolds location is undeniably beautiful, though, and over the years Cornstock has gained a reputation for a unique and friendly atmosphere – plus it has a very a loyal audience, made up of multi-generational families, aristocrats, literary geniuses, prime ministers,  film stars, old rockers, even the odd royal or two.

Naturally we were gutted to to hear that this year's event will be the last, but the good news is that they are determined to go out in style, with the likes of Bryan Adams, Chrissie Hynde, Kaiser Chiefs, Jools Holland, Sophie Ellis-Bextor, Jack Savoretti, Scouting For Girls, Imelda May and Midge Ure taking to the stage to rock the Cotswolds for the last time.

The artists performing over the weekend speak for themselves, but there’s more than first-class tunes on offer – including a comedy tent, literary talks, traditional funfair, world-class street performers and children’s theatre and puppet shows, not to mention circus skills workshops  offering tuition in juggling and plate-spinning. For the Kevin and Perrys in attendance there’s even a teen tent.

So yes... it is with the heaviest of hearts that we report that after 14 fabulous years this Cotswold institution is coming to an end. But we’re determined to see it go out with a bang. See you there? Our posh friends at Cornbury are giving away a pair of tickets or a family ticket if you share this Facebook post, so you just might! Just check the Ts&Cs before entering.