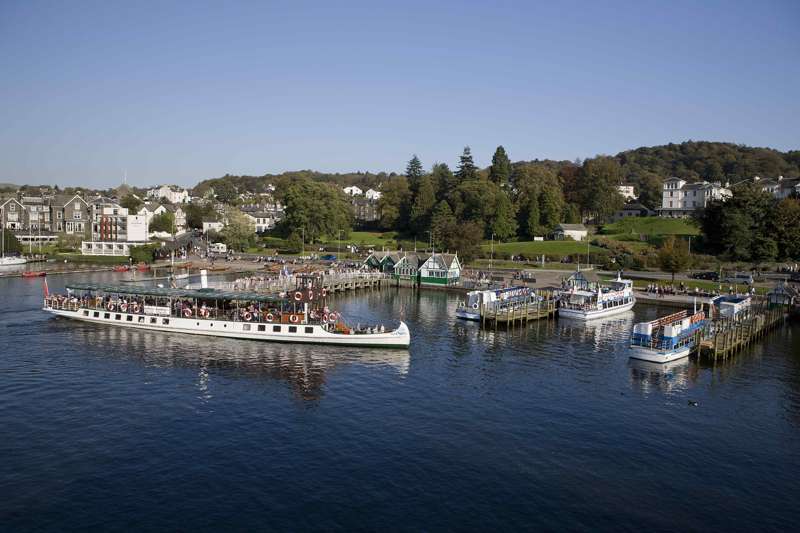 The Lake District – open for business!

Cast your mind back a few months, as the wettest winter in a century played havoc in the UK. Storms Desmond and Eva cut their way across northern England, the Scottish Borders and northeast Scotland. Some of our most important and historic cities – notably Leeds and York – were badly affected; Jorvik, the famous Viking attraction in York city centre, will be closed for the rest of the year while rescue work is carried out.

One region suffered even more than most – Cumbria and the Lake District, which actually bore the brunt of two major floods that weakened bridges, flooded homes and businesses from Kendal to Carlisle and Cockermouth, and closed a key transport route, the A591, between Grasmere and Keswick.

So if you’re wondering what this means for your holiday plans, never fear! The message is that the Lake District is very definitely open for business – even the Prime Minister has been on the scene to talk up the rescue plans for the region and encourage visitors to hurry back, to support the local businesses who are facing a particularly tough time.

In places like Grasmere (badly affected by a main road closure) and Pooley Bridge (whose bridge was washed away), there’s a real determination to spread the good word about the Lakes.

You can still reach everywhere you want to go, even on the storm-damaged A591 between Grasmere and Keswick that was closed by landslides. Shuttle buses, hikers and cyclists can get through on newly opened routes, while the road itself is expected to be re-opened to traffic by the end of May.

It’s also business as usual in villages that were badly affected by the winter floods, such as Pooley Bridge (which should have a temporary bridge in operation by Easter) and Glenridding, both on Ullswater. Grasmere, too, has never looked so good – and it's a pretty good opportunity to have the famous village to yourself, while the message gets through.

Because the famous lakes are all still there, with their ferry and cruise services operating as normal. The glorious fells still provide one of the UK’s most dramatic backdrops, with walkers welcomed back on to low hills and high peaks. The poetic haunts of Wordsworth and pretty countryside of Beatrix Potter still exercise their siren charms. And the adrenaline-rush of lakeland adventure still beckons, from Honister’s Via Ferrata to mountain-biking or Go Ape high wires in Grizedale.

Local cafés, restaurants, pubs, shops and businesses are also eager to see you. There’s a can-do spirit in Cumbria – as in many rural areas – that has seen people pull together in the face of adversity, but in a region heavily reliant on tourism they need visitors to keep spending. Mind you, not that it’s any hardship to sink another craft ale, lick a lakeland ice cream, sample the locally sourced menus or buy something special from an artisan craftsman.

Is it any wonder that the Lake District is the UK's latest nomination for UNESCO World Heritage Site status?

We’ve got more great ideas in our Lake District guide – and remember, if there’s a cool place in the Lakes we should know about, let us know. Now all you have to do is start planning your next trip.