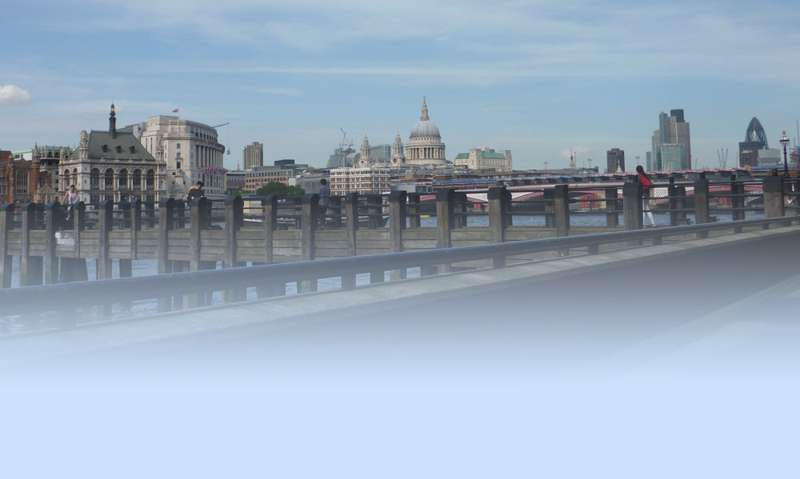 The Art of Seeing

I had a bit of an epiphany last week, spending a very enjoyable morning in the company of a small group of friends and acquaintances sketching Thames from a riverside perch by the Oxo Tower. I had joined the first of a series of regular drawing workshops run by Context Travel, a great company who organise classy walking tours 'for the intellectually curious' all over the capital (they cover lots of other cities too), and our teacher was a charming guy called Chris Clarke. As a former art teacher at Marlborough and Westminster schools, Chris is used to dispensing art and drawing wisdom to numbskulls like myself who don't know one end of an HB from the other. And you know what? It was the most enjoyable and absorbing three hours I had spent in London for a long time.

Chris is a typical Context guy (they call them 'docents' but, hey, they're American) – experienced and affable and completely on top of his subject. He took us down to the south bank of the river. close to where he lives, and we settled down to draw the opposite side. Now, I'm from London, I live here, and what's more south of the river is my patch; but sitting down with a pad and pencil and gazing at the other side of the river made me think about – and most importantly appreciate – London in a way I never had before. There are the icons of course – and, as Chris advised, you're on a hiding to nothing if you're aiming to sketch St Paul's – but cities are about more than landmark buildings; and as you build up your picture in the careful way that Chris teaches, you become aware of just-as-fascinating but less lauded buildings that in their way tell the story of London just as well – Blackfriars Bridge on the right of our vision, the arcaded art deco Unilever House, the streetlamps of the Victoria Embankment – the first street in Britain to be lit by electricity – and the Royal Navy sloop HMS President just in front.

It's a busy stretch of the river, and I guess, as novices, we were all afraid we would be plagued by folk looking over our shoulders to see what we were doing. That happened, but few lingered (I can't think why!), apart from one who wanted to take my picture (must have been my pearly king outfit). Mostly, though, it was a chance to spend three hours really noticing the city you live in, concentrating on getting one thing right and hanging out with some like-minded people. Therapy and travel in one, then, and even if (like me) you're rubbish at drawing Chris can help you to turn out something that may just be the ultimate souvenir of your travels.