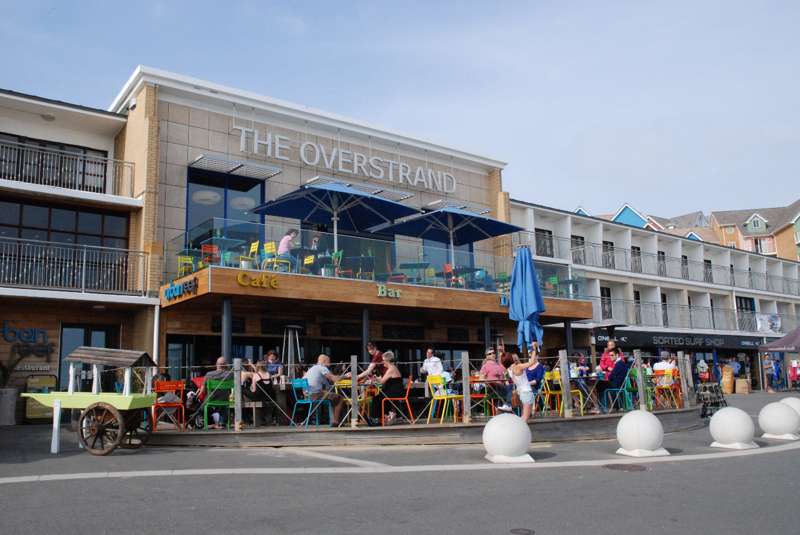 The deadline has now passed for the company that built Boscombe Surf Reef to return to make essential repairs, and it seems Britain’s first ever artificial reef will be consigned to history. Tragic? In some ways. But here’s a refreshing story about a disastrous investment that somehow came up trumps, even if it was not the one people envisaged.

When Boscome Surf Reef was finally completed in 2009, it put a down-at-heel beach suburb of Bournemouth firmly on the tourist map. Here, surely, was the new Newquay, where surf dudes would flock in droves to sample a state-of-the-art artificial reef, created using sand-filled geotextile bags dumped just off the beach. The plan drove an entire regeneration project, with various developments – most of which had ‘reef’ as part of their names – radiating out from Boscombe’s dazzling sands. But you didn’t need to be an expert surfer to realise that the reef was anything but a success: there were usually bigger waves washing around the revamped pier than there were on the reef itself. Cynics joked that paddle-boarding was invented in Boscombe when surfers found the sea was too flat to do anything else.

Three years on, despite the horribly wasteful investment and the council’s hollow promises to resolve the problem, Boscombe is actually doing very nicely without the reef. Opposite the site – which says it’s closed ‘pending works’ – the promenade is usually abuzz with roller bladers and cool dudes in shades, while lithe bodies slam balls over the nets of the permanent beach volleyball courts on the sands – not so much Newquay as the south coast’s equivalent of southern California. The fabulous Art Deco Urban Reef restaurant has become a destination spot to wine and dine (this year it opened a first-floor balcony to fit in more al fresco diners), and inland its sister Urban Beach Hotel is the social hub of Boscombe, with a great bar and frequent live music. And there’s plenty of the latter at the O2 Academy, one of Bournemouth’s top music venues in the beautifully restored Boscombe Opera House.

Back on the seafront, the Sorted Surf Shop probably regrets its name, but not its position: even without any waves, the place does a brisk trade in designer surfwear and it also lets out sea kayaks. What’s more, it still offers surf lessons because ironically Boscombe gets pretty good waves anyway when the wind is up. And even when it's not, you can hire one of the 1950s Art Deco Surf Pods – revamped by Wayne Hemingway – and admire the classy pier opposite: its sleek, aerodynamic designer entrance has helped it to win many a pier-of-the-year competition. Even Boscombe’s scrubby cliffs have been modified in a stylish way, using a herd of resident goats to keep the undergrowth in check. If you can name a better urban beach in Britain, we’d love to hear about it.