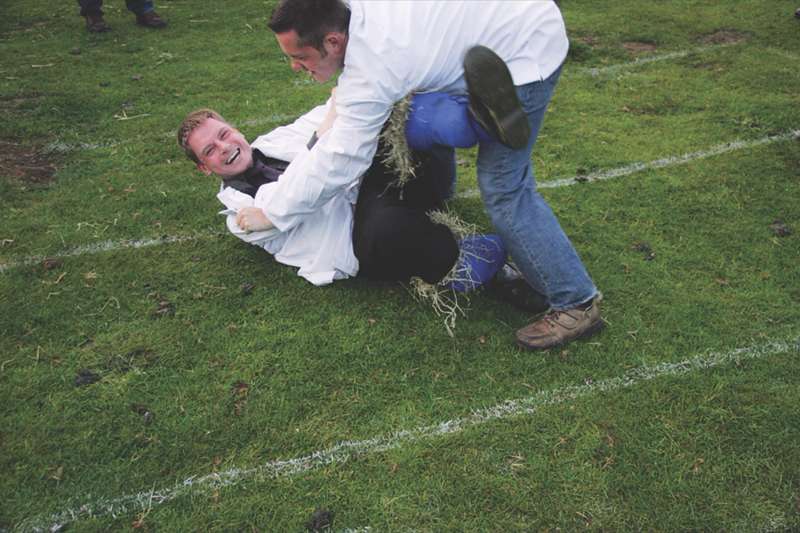 Whilst the majority of the country is gearing up for the London Olympics, we’re preparing for an altogether different event here in the Cotswolds. London may be on the eve of it’s third Olympic Games, but Chipping Campden is about to host its 400th – the Cotswold Olimpicks, which takes place on Friday June 1.

Even the British Olympic Association, during their bid for the London 2012 Olympics, recognised the importance of the Cotswold Olimpicks, saying "an Olympic Games held in London in 2012 will mark a unique anniversary – it will be exactly 400 years from the moment that the first stirrings of Britain's Olympic beginnings can be identified”. Yes indeed, it was back in 1612, in the Cotswold village of Chipping Campden, that Robert Dover opened the first 'Cotswold Olimpicks', a sporting fair that honoured the ancient Games of Greece.

Now, while this historic Cotswold event has always claimed to maintain the core Olympic ideals of encouraging and celebrating sporting excellence, friendship and fraternity, unfortunately the similarity ends there. You can forget your regular Olympic sports; there’s no athletics, swimming or gymnastics going on here.  Instead the event looks to celebrate more muscular activities. Thankfully cock fighting and hare coursing are no longer on the agenda, but shin-kicking, hammer-throwing and shot-putting are popular events, as of course is the tug-of-war, the gold medal for which was won back in the 1908 London Olympics by a team which included local resident Frederick Merriman. To this day the Chipping Campden tug-of-war is fiercely fought over, and as for shin-kicking, the aim of the game is to ground your opposition, holding your opponent by the shoulders and attempting to throw him off balance to the floor. The shin-kicking bit is a tactic, albeit an important and somewhat painful one, in getting them to fall over – it’s not for the faint hearted and few people return for a second year's kicking!

This isn’t just a slightly eccentric sports event, however. With masses to do for the whole family – face-painting, arts and crafts, falconry and lots to see too – performing dogs, a fairground, dancing and music, this is a top day out in one of the most beautiful villages in the  Cotswolds. Whether or not you have tickets for the big event in July, why not come along for some Olimpick warm-ups? See you on June 1.  For more info, visit the website.