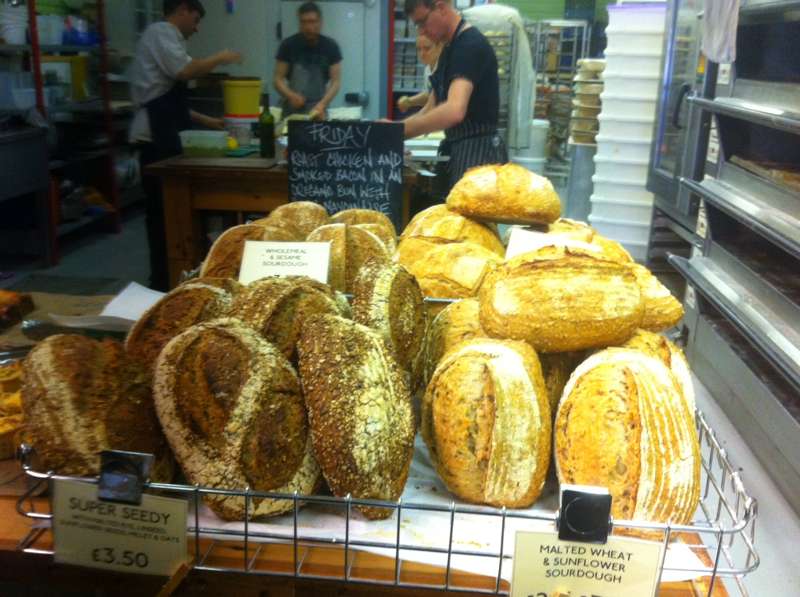 Bristol has a new food festival – Bristol Food Connections and it rocks. The BBC in Bristol has helped pull together producers, chefs, writers, broadcasters and artists along with national names (let’s avoid the dreaded ’sleb word) for a fortnight-long party/eatathon/talkfest that truly celebrates and explores the city’s food scene. Early days, but this could well become an annual date in the scoffer’s calendar.

I lived in Bristol as a student 25 years ago and escaped Beowulf to hunt out Japanese noodles and buy veg from a greengrocer who called you ‘my luuvverrr’.  The long search for good food could lose momentum in a cider pub.

The city has come on apace. A strong tradition of seasonal cooking, set by the marvellous Stephen Markwick, retired, and Barny Haughton, now teaching at the enlightened Square Food Foundation, is continued by young guns such as Tom Hunt of Poco Stokes Croft, winner of Observer Food Monthly’s Ethical Restaurant of the Year in 2013, and Freddie Bird of the Lido at Clifton Pool, along with a long-standing favourite, Bell’s Diner in Montpelier, that has been given another lease of life by new owners to offer excellent small plates and beguiling wines.

People also rave about Clifton’s Wallfish Bistro; and then twenty(ish) minutes out of town, in a charming walled garden in the Mendips,  is the Ethicurean, serving botanical cocktails, homemade vermouth and food they have hunted, cured and cooked.

Bread is perhaps the best barometer of a vibrant food culture. I knew matters had changed in Brizzle when my Jamaican taxi driver pointed out the craft bakery that had replaced his old betting shop on Stokes Croft Road. A friend living near a place variously called Crackhead Alley, Murder Mile and Junkie Street raves about her local East Street Bakery. When you arrive at Temple Meads Station, go to the left hand side of the carpark and look for a small white sign to Hart’s Bakery. Descend a long flight of iron stairs and you’ll spot a railway arch bakery and café that sells some of the best sourdough and nourishingly lush cakes you’ll ever eat.

Bristol is such a laid-back place – I remember people lying on the grass rather than dancing at the Ashton Court Festival – that you don’t always hear of what’s going on here.  Bristolians are happy enough to do what they do and let others come to them. Bristol Food Connections is a great chance to do just that and I’m heading back soon.